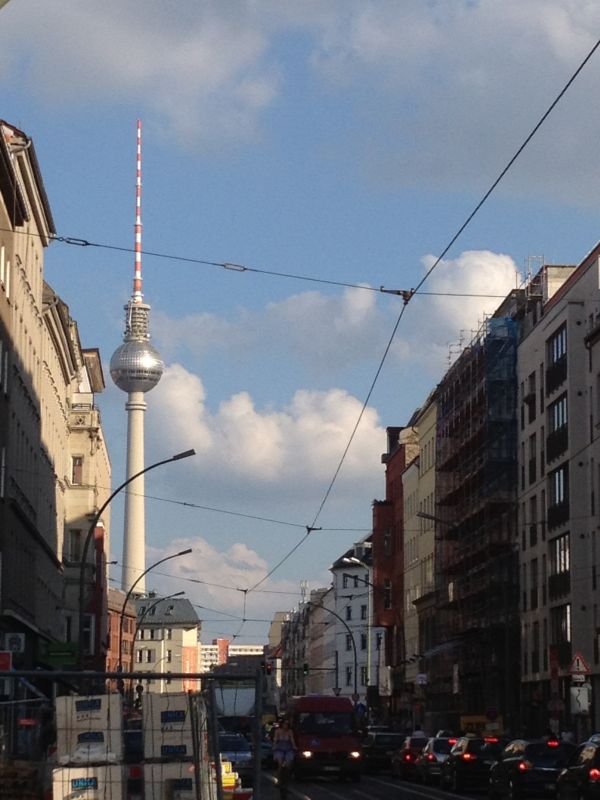 Last week, the 15th Bright trade show in Berlin, Germany took place. As always a great chance to have a glimse in the future of skateboard products for 2013. Enjoy a few – sometimes shaky and out of focus, sorry – pictures of the skate shoe highlights.

adidas has big plans for 2013. They will release two new Busenitz models, a vulc version of his first pro shoe, minus the football tongue and the ADV. The Busenitz ADVANCED is a complete new cup-sole model with a toe cap rubber lip. Additionally both Mark Gonzales and Silas Baxter-Neal will have an own signature line including shoe colorways and apparel. All in all, adidas definitely impressed with what they are releasing in 2013. As always great colors and materials, with colorways of the very popular Adi Ease done by Fairfax, Eldridge, Gonz and Judkins. 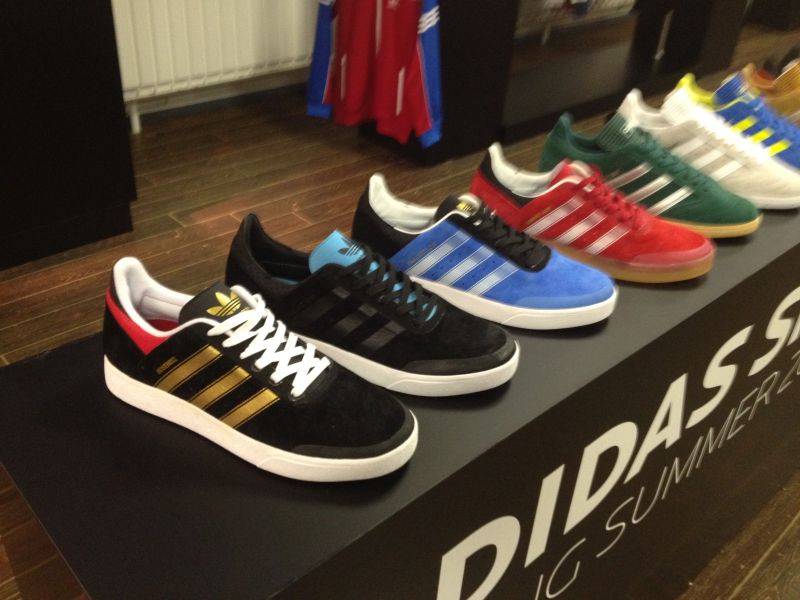 Nike SB is always a highlight at the Bright trade show with their big and nicely built booth. Everything was designed fitting the newest campain #skateeverydamnday.   The models were divided into the categories Impact, Control and Boardfeel. Nike is focussing in 2013 on merging the Nike 6.0 and Nike SB range further together, with interesting new models like the PRod 6 (review in the works), a Chukka-style hybrid boot and a model very similar to the Janoski to just name a few. 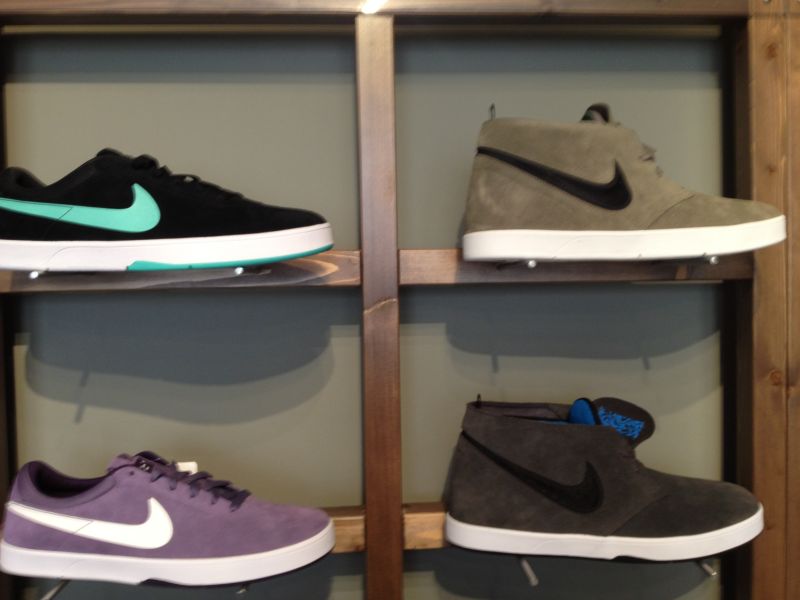 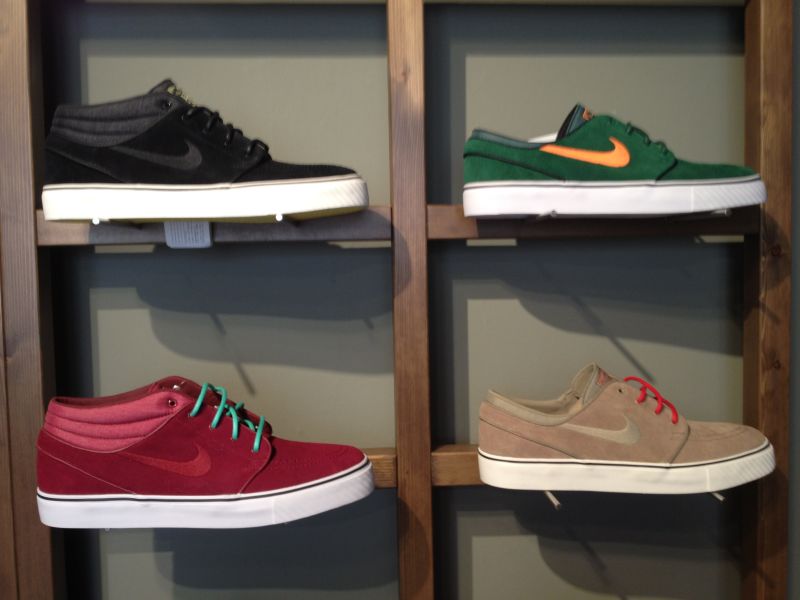 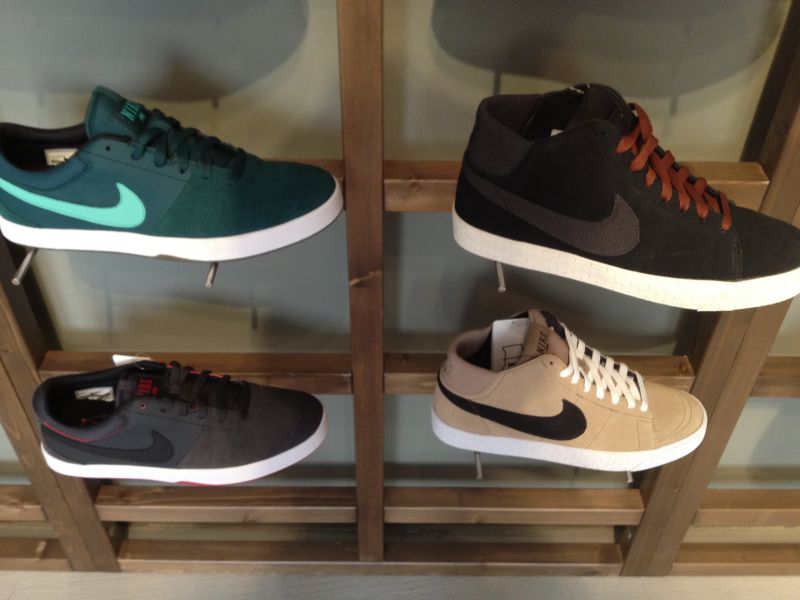 Unfortunately without new models, but with great colorways and new materials, Gravis presented various versions of the Arto, Filter and the Dylan collection. 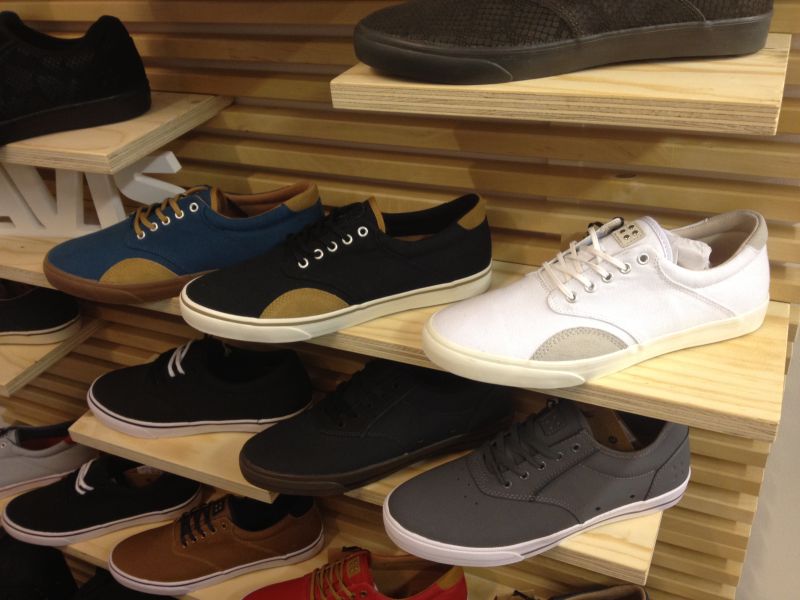 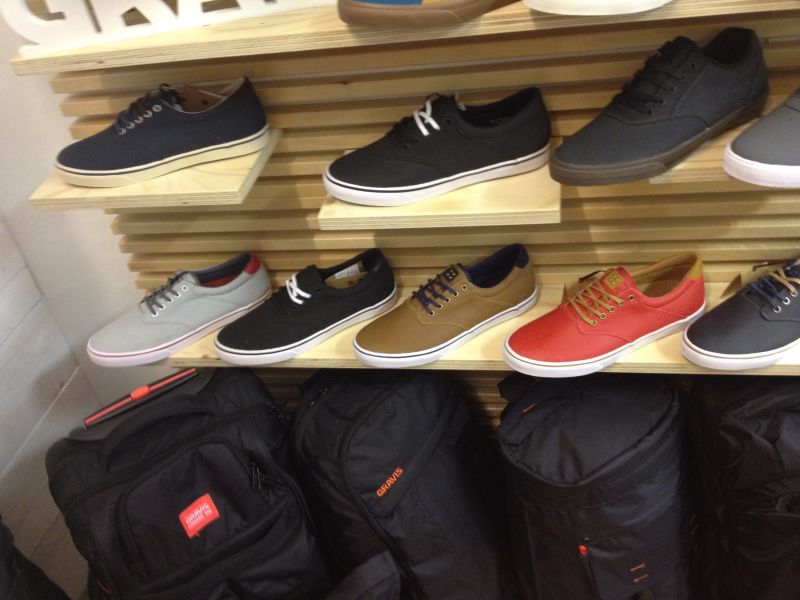 Lakai as one of the last true „core“ skate shoe brand is continuing in designing innovative shoes that are made to skate. They will offer a new vulcanised boat shoe orientated model in four fresh colors in 2013. Most of the other models offer Lakai’s XLK cup sole construction, which makes it a brand on the forefront of a heavy and long overdue cup sole revival.

Next to adidas one of the surprises at Bright. Mike Mo Capaldi and Mikey Taylor have signature models in 2013 which are light, slim and well-designed. DC impressed furthermore with good materials and basic colorsways for current models like the Cole Light S. 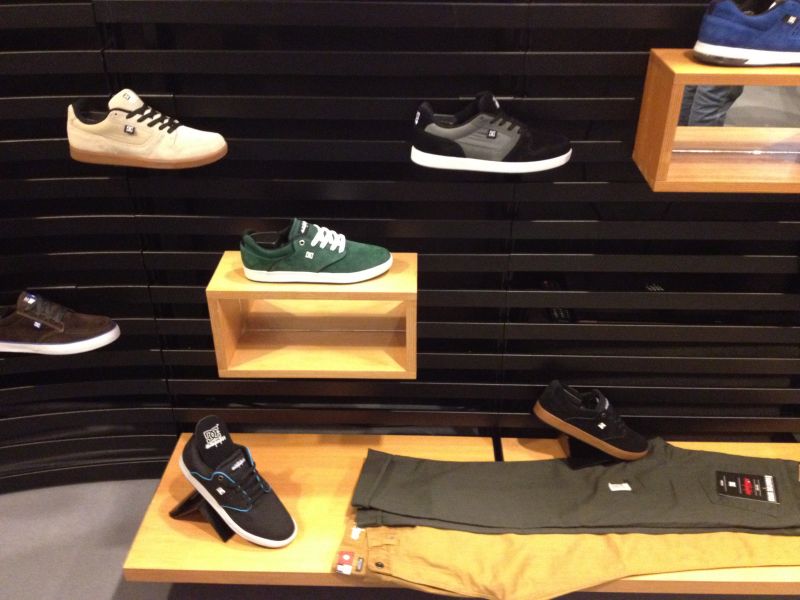 Emerica will release many familiar silhouettes in 2013 as well as the new Bryan Herman model, the „Herman G6“. It features a newly designed and innovative cup sole unit to upsorb impact and seems to attach great importance to breathability judging from the mesh panels. 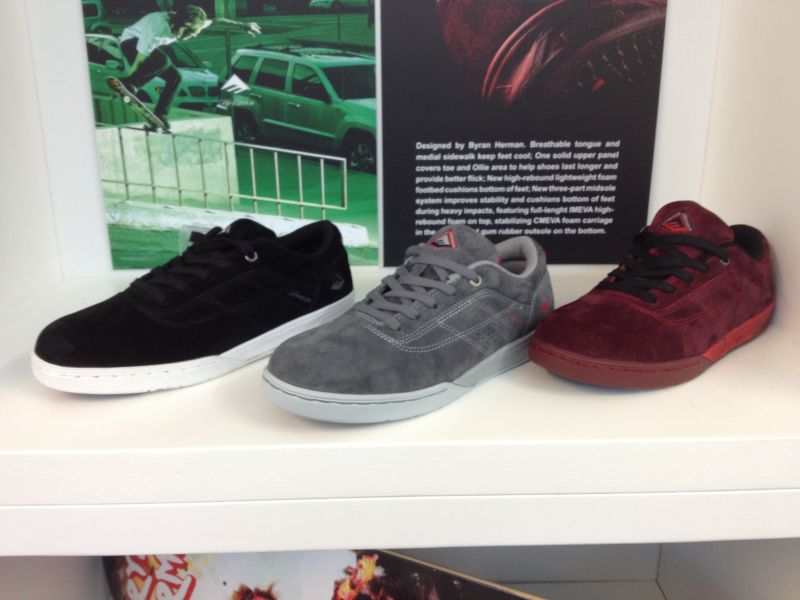 Huf had a bigger booth compared to last year and they are going to expand in Europe with an own distribution based in Germany. The Choice will be released in several new and good looking colors and long time style-favourite Joey Pepper gets his debut pro model on HUF.

Unfortunately Vans had a “no pictures of new models” policy, which is okay and was respected. What can be told though is that apart from new colorways of the Vans Stage 4 they reissue the first Geoff Rowley pro model in 2013, special editions include a Motörhead collab. 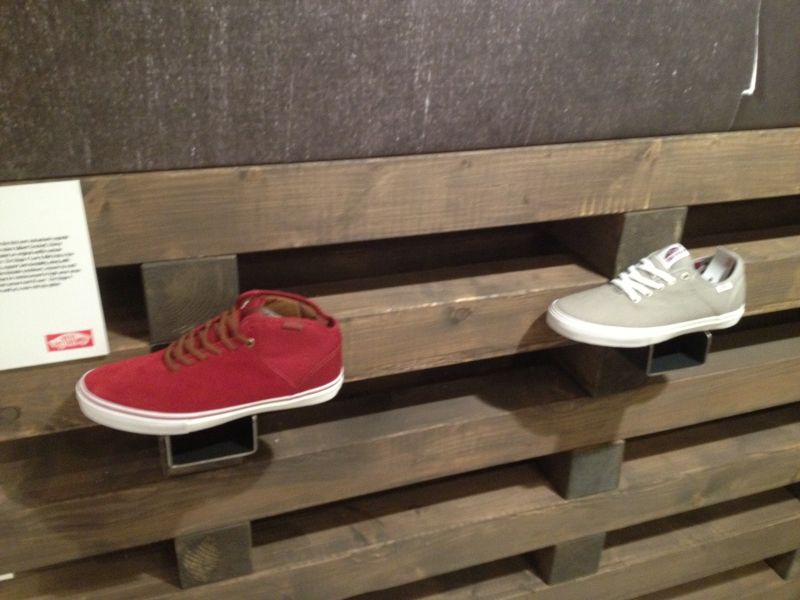 As always there were uncountable evening-options to relax from the tough Bright business during daytime. The Civilist store had a pop-up shop together with Pointer footwear as well as a Stussy one with loads of limited edition stuff. 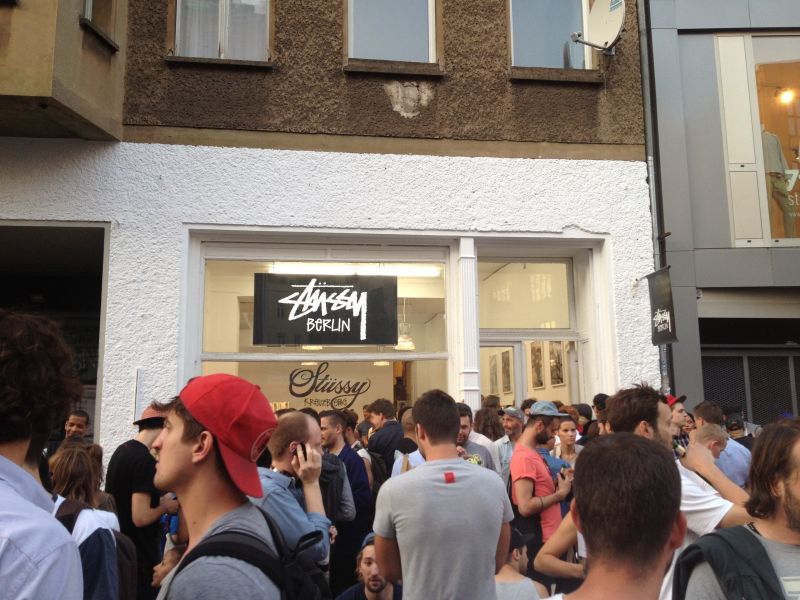 Nike had a great event for the Levi’s X Nike SB collection. They had a mini ramp inside one of Berlin’s crazy old buildings, offered free beer and burgers on a rooftop with a perfect view…you can’t ask for much more. 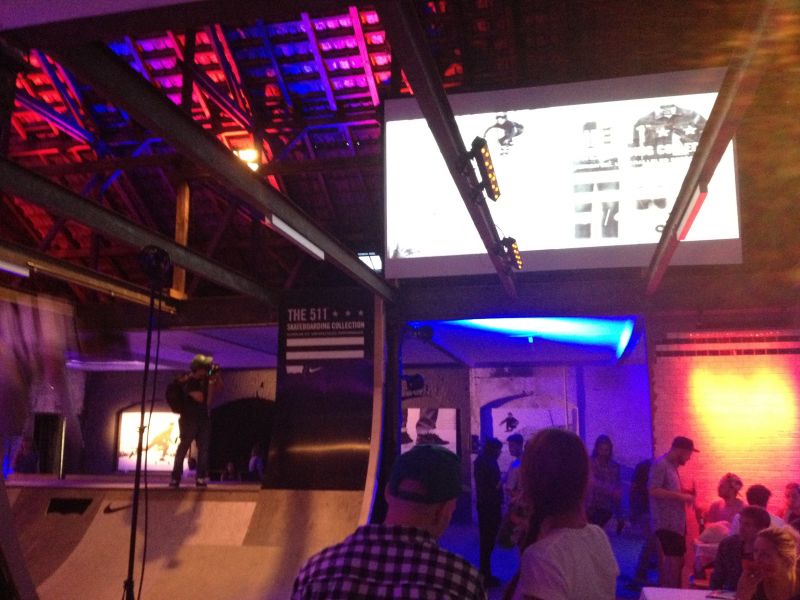