It’s impossible to not notice the heavy advertising and marketing buzz around the recently released Cons One Star, which means Converse is doing it’s job right when it comes to showcasing an important piece of skate shoe history. The generation of skaters from the 90’s can attest to the popularity of the original Converse One Star as a go-to skate shoe. The original Converse One Star was adapted for basketball players, but didn’t really enter skate and street culture history until Spike Jonze, (director of Girl’s Mouse, Yeah Right and Pretty Sweet) popularized them through magazine and commercial ads. Through that connection, veteran skater Guy Mariano, can be seen wearing the shoes in his Mouse part, and was even on a rebooted Converse skate team in the 90s. Even the early Pappalardo model, which some of the younger generation of skaters will remember, was inspired by the Converse One Star. However, history is repeating itself, and Cons has brought the shoe back for skaters, fully adapted with Nike’s Lunarlon cushioning and upgraded with premium suede featured with Converse’s classic traction rubber sole. While this all sounds like a nice packaged deal, we here at Weartested put the new classic model to the test to see if it truly can endure the wear and tear of skateboarding. 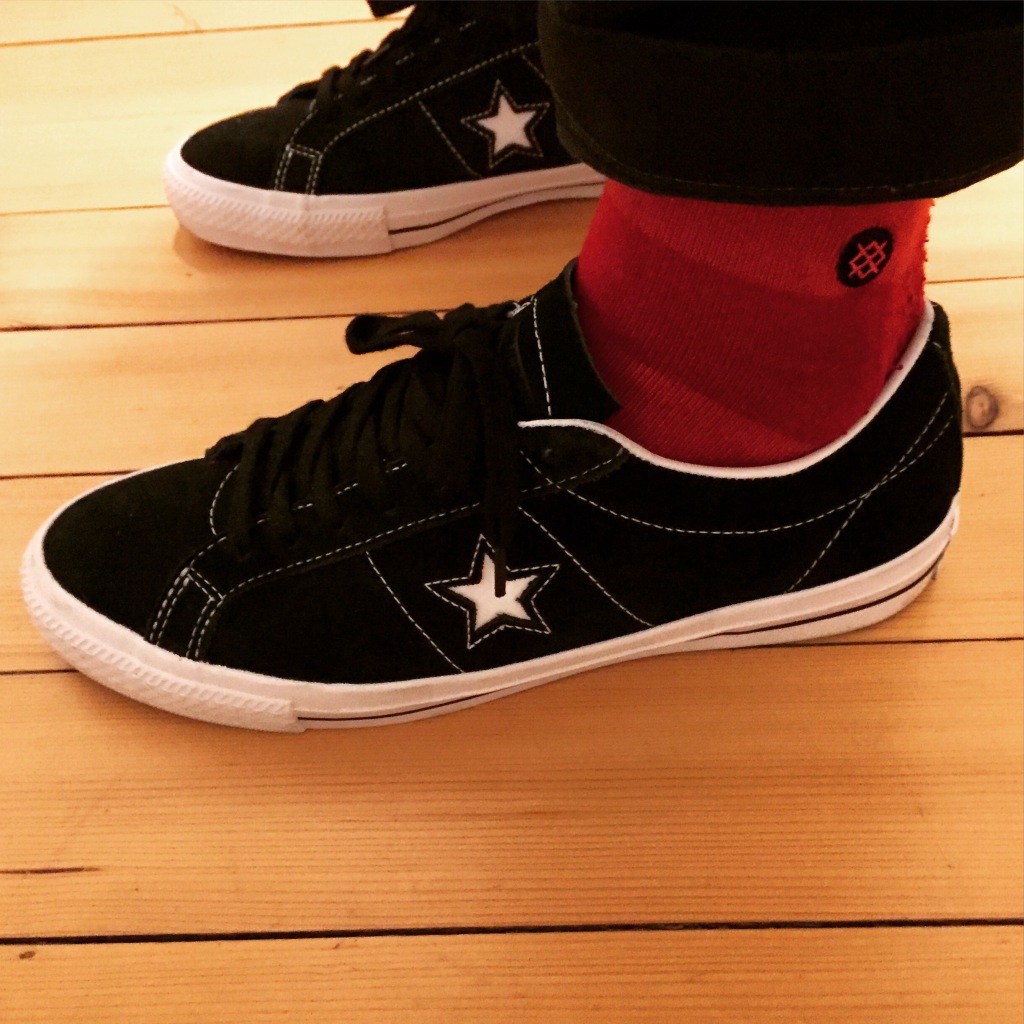 The Cons One Star Pro runs large, we recommend going a half size down from your normal size.

The Cons One Star Pro features an all suede upper that lasted the whole 10 hour test period, with no holes appearing. Durability is definitely one of the highlights of the One Star Pro; the quality of suede that Converse chose to use for this shoe is no doubt one of the better quality suedes we’ve skated. Moreover, the toebox area is double stitched, which held up very well against the abuse of the griptape for ollie’s and kickflips, unlike many other shoes in the past that have ripped in just a few hours. The durability was enhanced by the shape of the toebox. The toebox of the Converse One Star Pro is quite similar to the CTS model, where the toebox is relatively small and pointy and so most contact between board and shoe is focused around the sidewalls. This helps to maintain the grip and durability of the toebox, as well as it’s shape, which we will explain later.

The cushioning of the Converse One Star features Nike’s lunarlon cushioning. Like every other model that uses this cushioning, this shoe has definitely been adapted to withstand impacts. For someone who likes thinner chusioning, even walking around feels like the lunarlon cushioning is doing it’s job, maybe even a little too much since it affects the shape of the shoe and boardfeel isn’t as great as your slim insole hard sole combo.

The shape of the shoe was a bit of a bummer. While the shape of the shoe looks great itself, it easily lost it’s shape within the 10 hour test period. Initially skating, the shape was excellent, it was only after a few sessions and some sweating where we noticed some dramatic changes to the shape. This is due to the lack of breathability allowed for this model, with only a couple holes for ventilation on the side panel where the One Star logo is. When skating, any heat and moisture will get trapped within the shoe, and soaked into the material itself, leaving the shoe quite soft and soggy even.

The shape of the shoe also affected the boardfeel. The boardfeel increased as the shoe got soggier. The lunarlon cushioning almost made the shoe too thick, but after the 10 hour session, the cushioning was thinner, and the sole of the shoe was more broken in, allowing a better feel for the board. Nearing the end of the 10 hour test period, the shoe was so broken in that it could be completely folded in half and fit into a pocket. The grip of the shoe is definitely one of its strengths, the threaded vulc pattern around the toe is wider than most shoes and helps with a strong flick for doing tricks. The gum sole is also really grippy, when the grippiness of the board was worn down, the grip of the shoe increased its lifespan.

Right out of the box, the Converse One Star feels like it’s broken in. In pictures, the shoe looks quite shallow, but in actuality, the shoe features a deep cut, and a good heel lock for your foot to be secured when skating. For those used to slimmer silhouettes may not be used to the high topline rise near the heel area, which could rub against your achilles tendon and cause blisters at first. With that said, the topline of the shoe features premium leather, a surprising addition to the One Star Pro that adds comfort to the shoe. However, the shoe is almost a bit too comfortable and broken into when first skating, especially for those who are used to wearing lower profile shoes. As aformentioned, the profile of the shoe is quite stable at first, but the lack of breathability leads to alot of trapped moisture in the shoe and leaves the profile soggier and soggier with each additional session, leaving the feeling of a sock rather than a stable skate shoe. 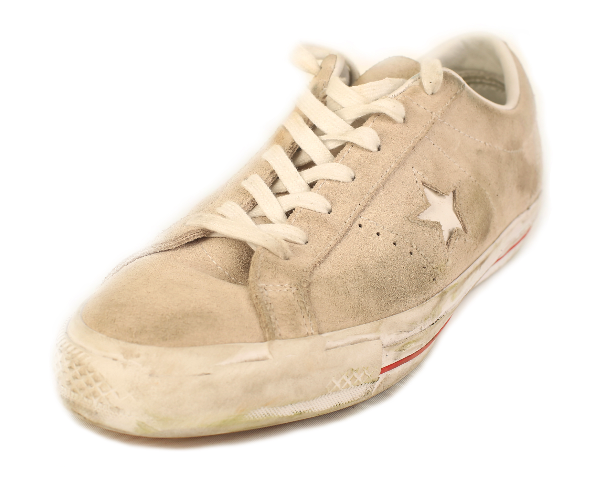 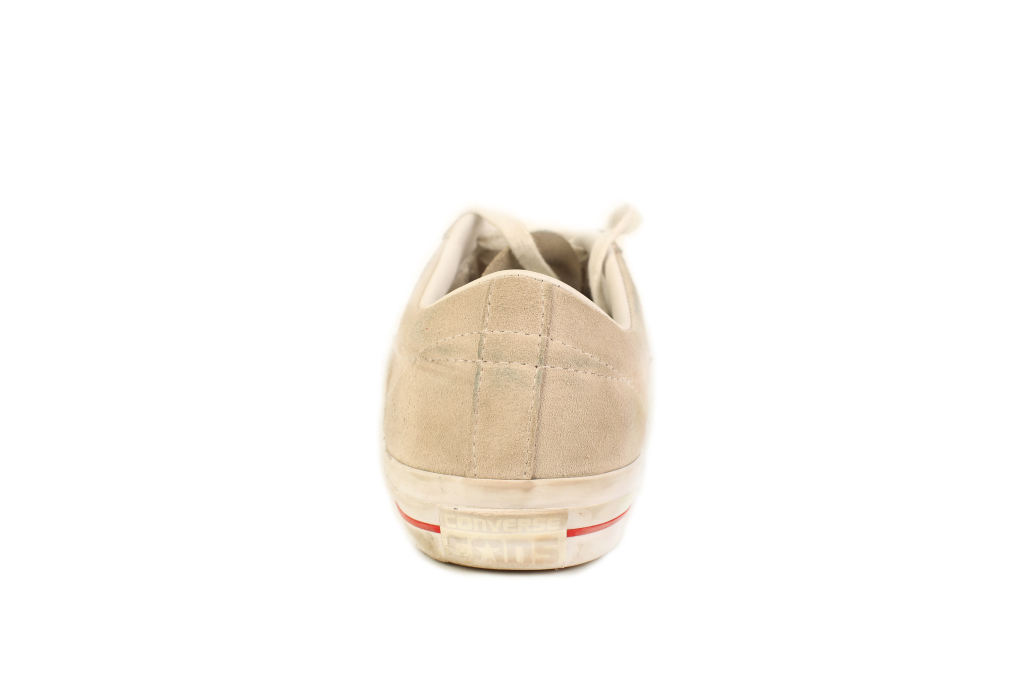 The classic silhouette of the Converse One Star has been revamped into a skate shoe with the addition of a Lunarlon insole, and a strong focus on durability and grip, but falls short on breathability and form stability, which affected the shape of the shoe.

Check out the Cons One Star at ARROW&BEAST