Skateboard hardware, especially the skateboard deck, is continually exposed to an enormous amount of load and stress. That’s why there’s no question that time is being invested into researching innovative technologies to improve the durability of such boards. On the other hand, Skateboarders often decide that the marketed newest space-age technology in boards isn´t their cup of tea, so 7 plys of North American Maple are still their predominant weapon of choice. Most innovations such as new adhesives, various materials and inserts usually vanish sooner or later. With that said, Deluxe decided to see how people reacted if they simply try out new production methods and incremental improvements, which lead to the development of Slick slide support. We wanted to try something new for once and gave a Krooked Slick deck a go. 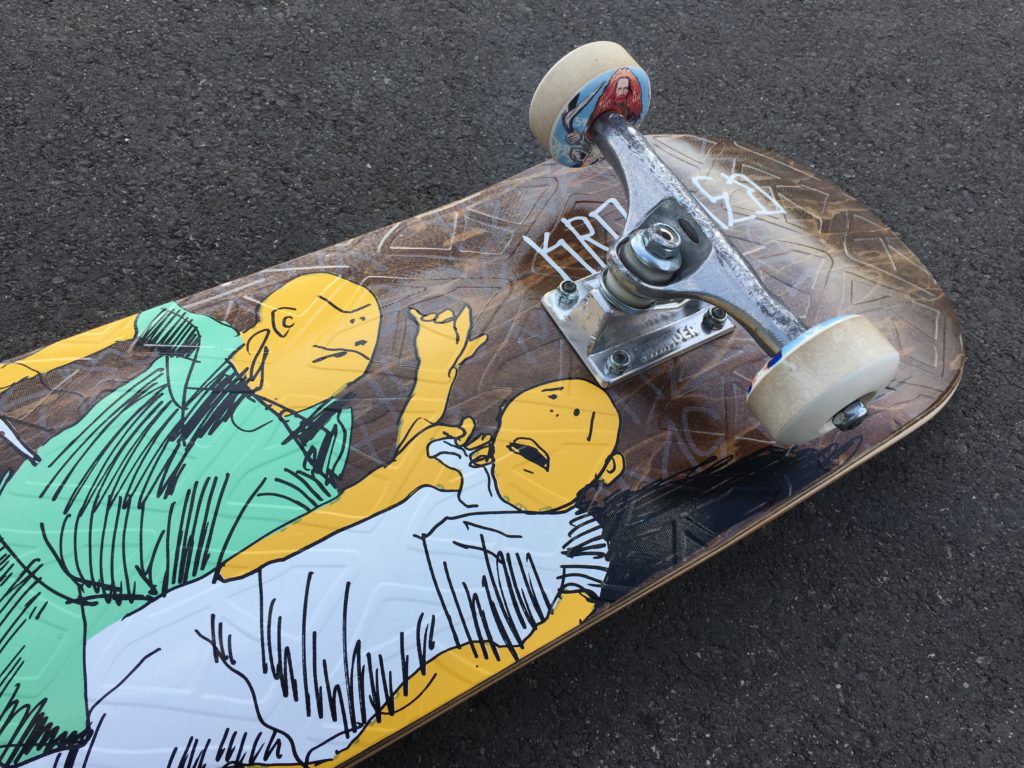 The Krooked (Deluxe) Slick deck technology is an additional ribbed polymer (plastic) that is fused in a certain shape all-over the deck. In general, sliding is limited by the surface friction between the deck and the obstacle. Due to the added surface textures the contact area that is actually slowing down a slide by the friction is slightly reduced and thus, it slides better. 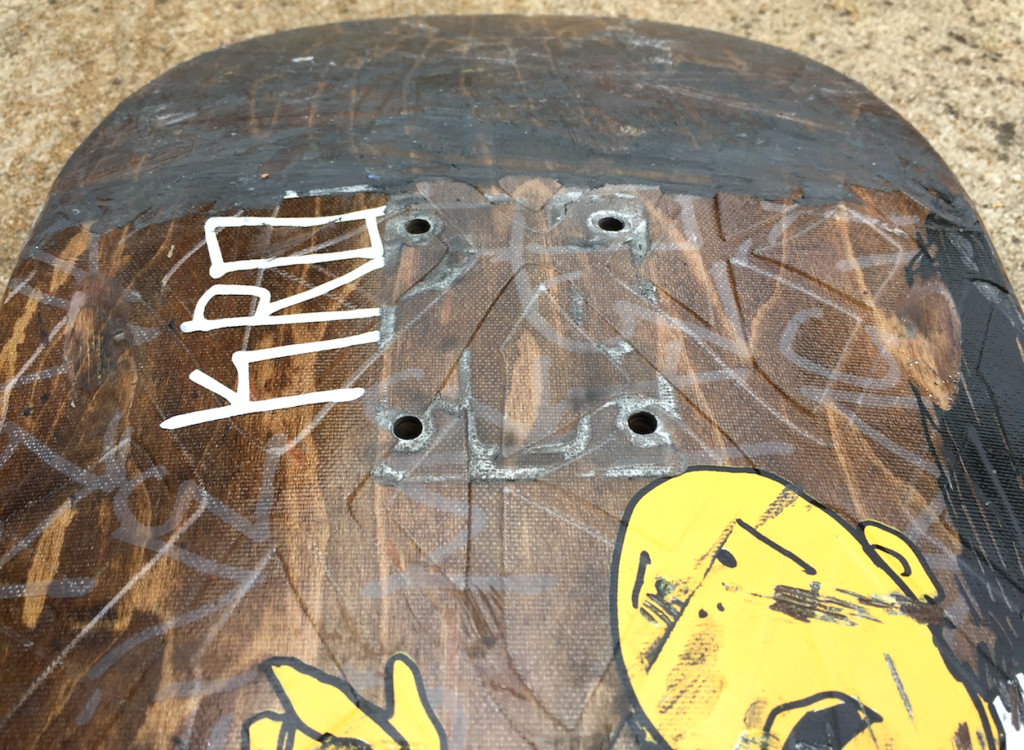 Overall, sliding improved and there is a noticeable effect compared to usual decks. Especially on rough surface obstacles the effect was noticeable and it was interesting to see how durable the ribbed surface texture was. Within the scope of the deck test the texture was still visible (picture). The degree of improvement is still arguable, however, we saw this technology definitely as a valuable adding to a deck. 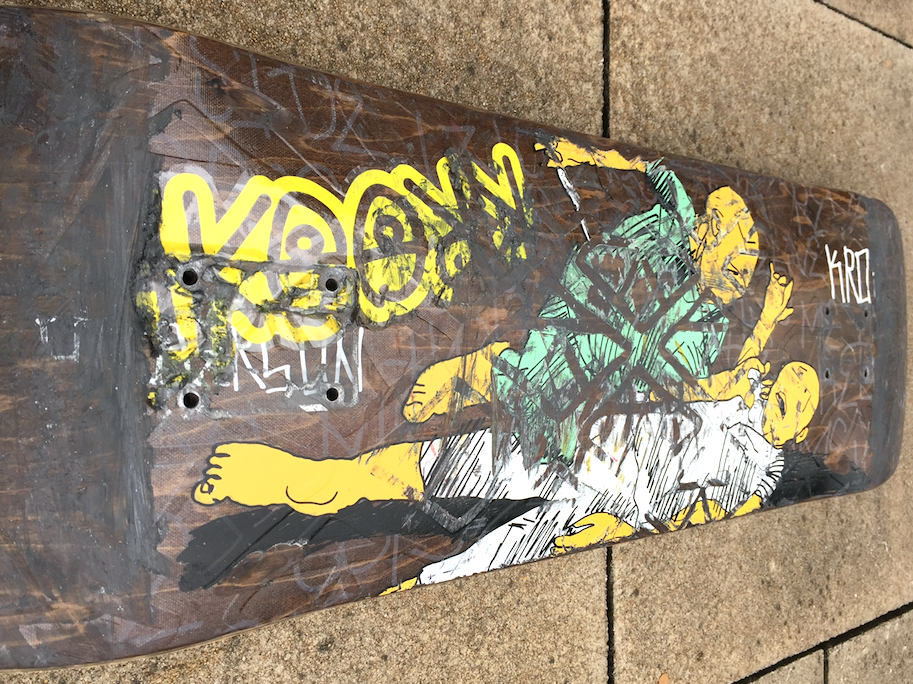 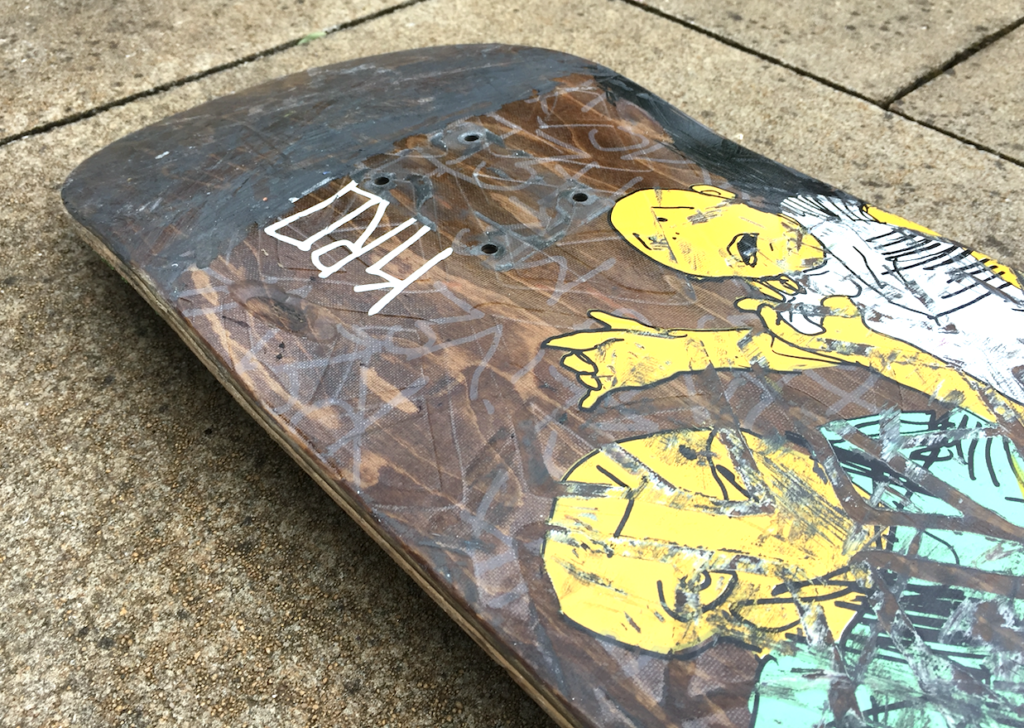 Krooked or Deluxe decks with the Slick slide technology offer a surface texture that improves sliding, especially on rough surfaces and sticky obstacles.