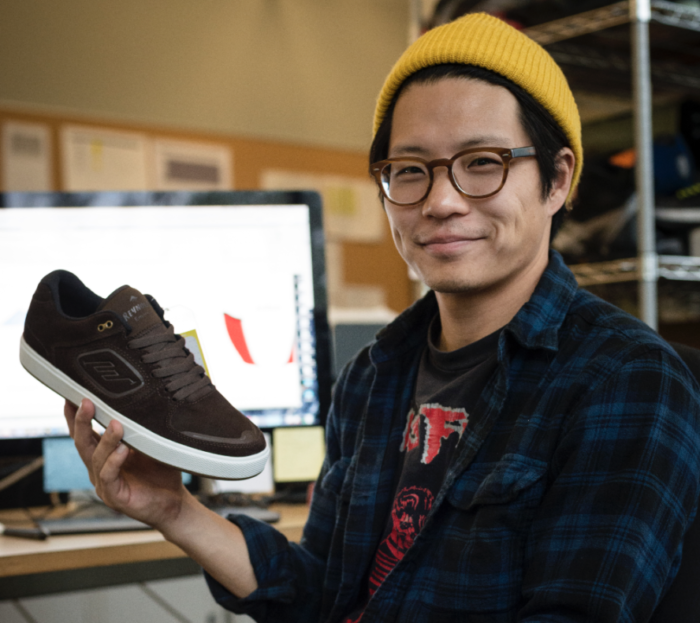 Could you please introduce yourself and what’s your current position at Emerica?

My name is Paul Kwon and I am the LeadDesigner/Merchandiser for Emerica Footwear.

What made you want to design skate shoes; who or what inspired you to do so?

I started skateboarding when I was about 9 years old and fell in love with it. When I was a kid I always loved to draw and when I discovered skateboarding I became obsessed with every aspect of it including the footwear. I would make little sketches of shoes in my school notebooks of what I thought would be improvements to existing skate shoes. When I got into art school I was majoring in animation and my mom suggested to look into becoming a footwear designer since I was always drawing skate shoes in my sketch books. Turns out my school had a really strong industrial design program so I switched over and the rest is history. Thanks Mom!

What projects did you work on before the Reynolds G6?

With regards to bringing back previous shoe designs and re-inventing them, who¹s idea was it to bring back the classic Reynolds 1 and 2 design and could you describe the development process you guys went through?

Well it kinda started with Andrew coming in and wanting to improve his existing shoe, The Reynolds Low . He really liked the cushioning that the shoe had to offer but wasn’t really psyched on the aesthetics, mainly the sculpting on the sidewalls of the sole and how high the toe sat on the tooling. He came in with some cut outs of shoes he printed out and had collaged together to kinda show what he was looking for. We had also discussed creating a sort of franchise for him within the Emerica Line. The goal was to create a shoe designed for his current needs on a skateboard (Reynolds G6), to have one classic design (Reynolds 3 G6) and one price friendly design that could appeal to a wider audience (Reynolds Low Vulc). The goal of the Reynolds G6 was to create something completely new, built to Andrew¹s specific functional needs while retaining some of the classic Emerica design language found on the Reynolds 1 and 2. 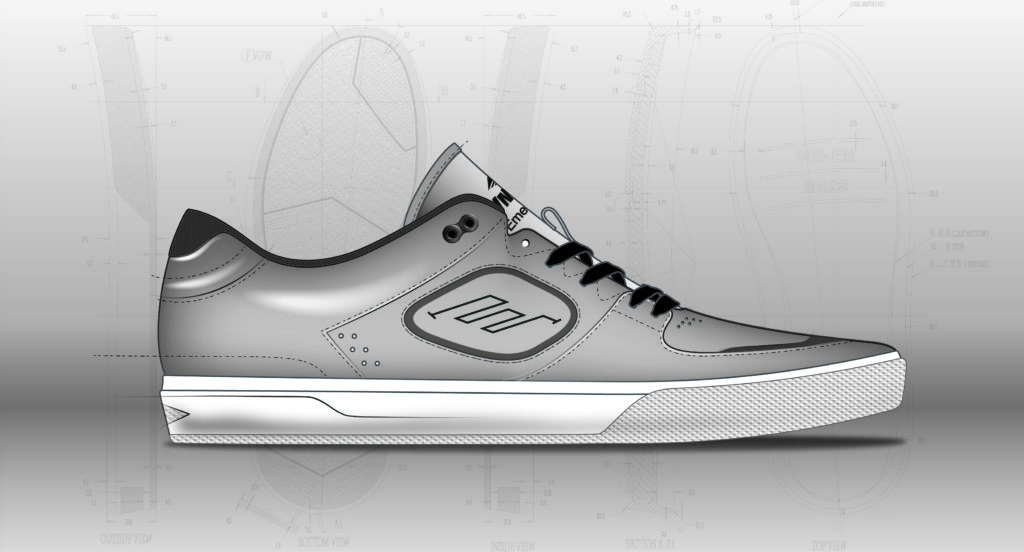 How much influence did Andrew have on the design itself, is he very detail-orientated?

Andrew was extremely involved with the entire process and his enthusiasm around the project was awesome. I really enjoy working with skaters that are hands on with product and are always contributing ideas. There were certain non-negoitables that he made clear from the start. It had to have a mid-sole similar to the Reynolds Lows, minimal sculpting on the side of the shoe, a lower toe volume and a stitched on toecap. Other than that he gave me a lot of freedom to put my touch on the final design. 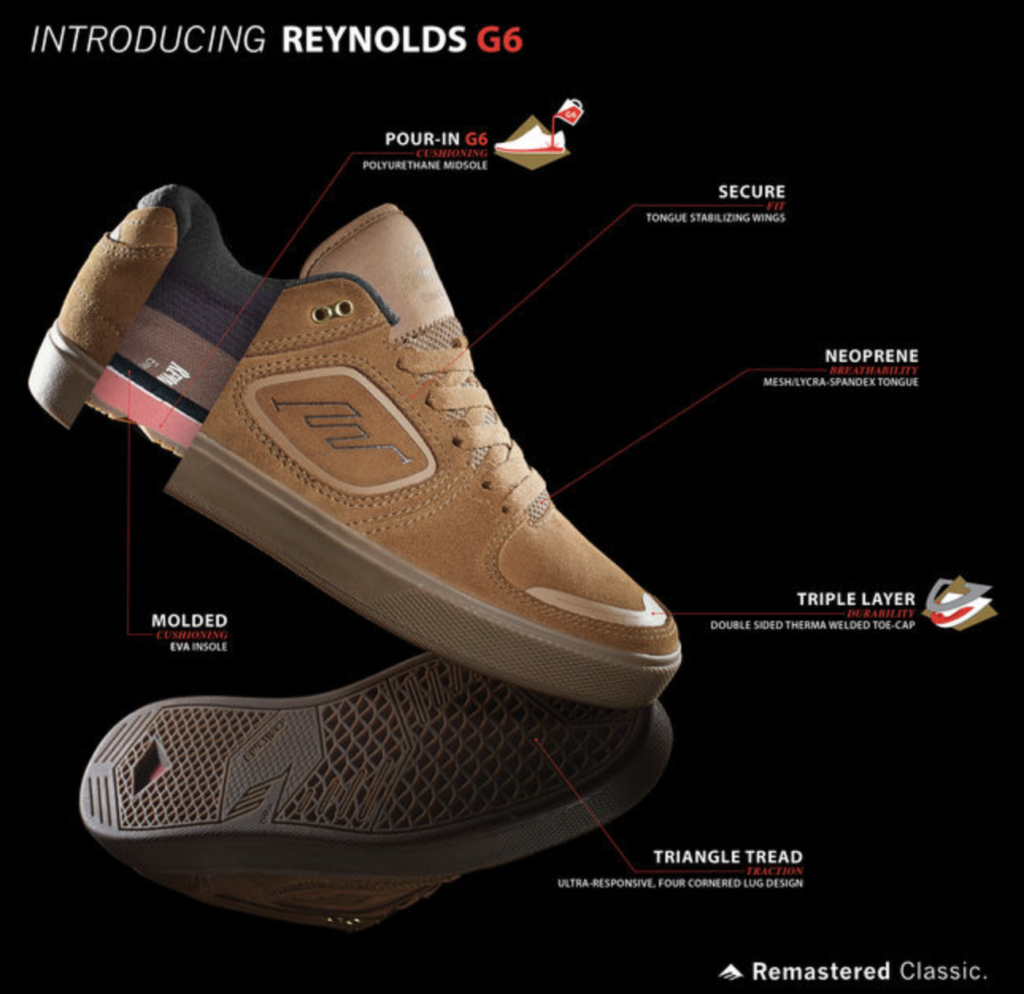 At Weartested, we focus a lot of our reviews on the integral technologies of skate shoe models. How did certain technologies and the manufacturing process enable you to bring back the classic identity of the Reynolds G6 to skateboarding as we know it now?

One of the things I love about design is that it is essentially problem solving while taking into consideration the value of aesthetics. I find that the easiest way to start on a project like this is to first identify the main problems. Next through the development process we examine multiple solutions to that problem and see which solution best fits the requirements of that problem. Things like rider feedback, costing, the competitive landscape and Line plan merchandising all need to be considered while making these decisions. For instance, Andrew really wanted a sewn on toe cap like the older models. I loved this idea because our line (as well as everyone elses) was completely filled with single piece vamps and a sewn on toe cap would add some nice variety. The issue with sewn on toe caps is once they blow out the shoe begins to lose its structural integrity and the longevity of the shoe gets compromised. So the challenge was put onto the product team to figure out a way to create a sewn on toe cap construction that doesn’t blow out. 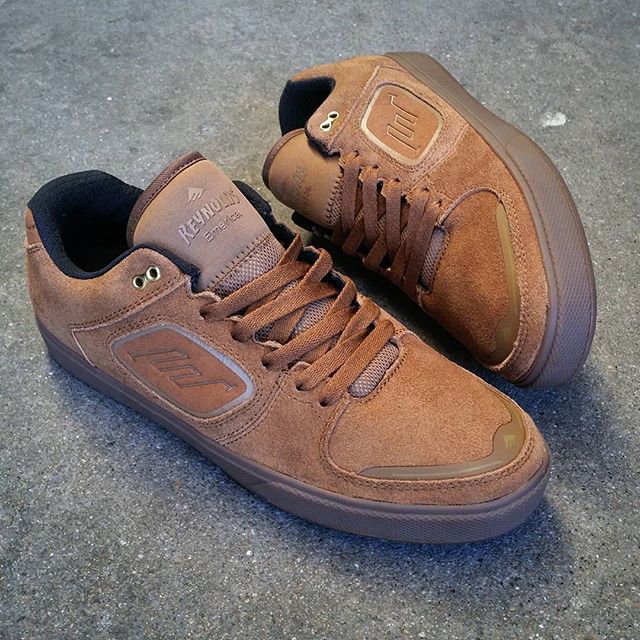 There are two product details on the Emerica website about the Reynolds G6. It says, “Double sided therma welded toe-cap” and “Pour in G6 polyurethane mid sole³. Could you explain both manufacturing methods and how they help you developing the model?

I had been wanting to work with hot melt for a long time and felt like it had not been applied to skateboarding footwear in a way that could utilize its full potential. Hot melt is an adhesive with a TPU film added to it that was introduced in running shoes a couple of years ago. It was a way to reinforce shoes with mesh uppers without using stitching thus creating seamless paneling. Over time the use of this technology became more widely available to factories overseas. What was once intended to be a functional material / manufacturing process became a look or an aesthetic when adopted into the skateboarding industry.  The end result were shoes that looked technical and futuristic but didn’t actually function that well for skateboarding. Hot melt by itself has extremely poor flick and has the tendency to feel plastic like.  I feel like competitors were constantly pairing it with mesh to get the effect that running shoe companies had been known for but ultimately didn’t serve the need of the skater.  I realized that using it as a reinforcement layer that peeked out from the beneath the overlay panel, you could kind of use it as a thin layer that could fuse two pieces of suede together. Most of the time reinforcement panels are hidden in the lining of the shoe so the consumer doesn’t even know its there. With the bi-fold weld technology you could visibly see the durability and understand what you were paying for. The shape of the paneling was a great opportunity to give a nod to the Reynolds 1 which had the same patterning on the toe down. It was the perfect example of taking something familiar to a consumer and updating it with new technology that actually helps the functionality of the shoe.

The Pour in G6 polyurethane midsole was also another design challenge we were faced with due to Andrew¹s list of requirements. He absolutely loved the cushioning of the older shoe but didn’t like the overall shape. Since Andrew needs a more generous foam volume in his midsole, it tends to effect the height of which the last sits on a cupsole. Since the upper sits higher up the sidewalls of the cupsole need to be taller in order to achieve a lower toe volume. This volume is what most people associate with having a nice shape on a shoe. We raised the sidewalls on the cupsole to achieve a better shape and ended up using a pour-in method of getting the foam into the midsole. This was a manufacturing technique that our developer Gary Newhouser brought to my attention. It is often used in snowboard boots, but it is a method of pouring liquid PU into the cupsole directly instead of injecting it or creating a separate mold for it. This is important to know because directly injecting foam can cause compression and effect the board feel. Creating a separate mold can be costly and retrofitting the midsole can cause difficulties in manufacturing and bonding issues. Pour in PU allows the foam to be poured into the mold in an uncompressed, liquid state and is cured while sitting in the mold. One of the major complaints of Andrews last shoe is how stiff it felt with such a thick midsole and how long it took to break in. With the Pour-In midsole, there is little to no break in time and the shoe feels much more flexible and less stiff. You get all the benefits of having thick cushioning without all the drawbacks of having to break it in. 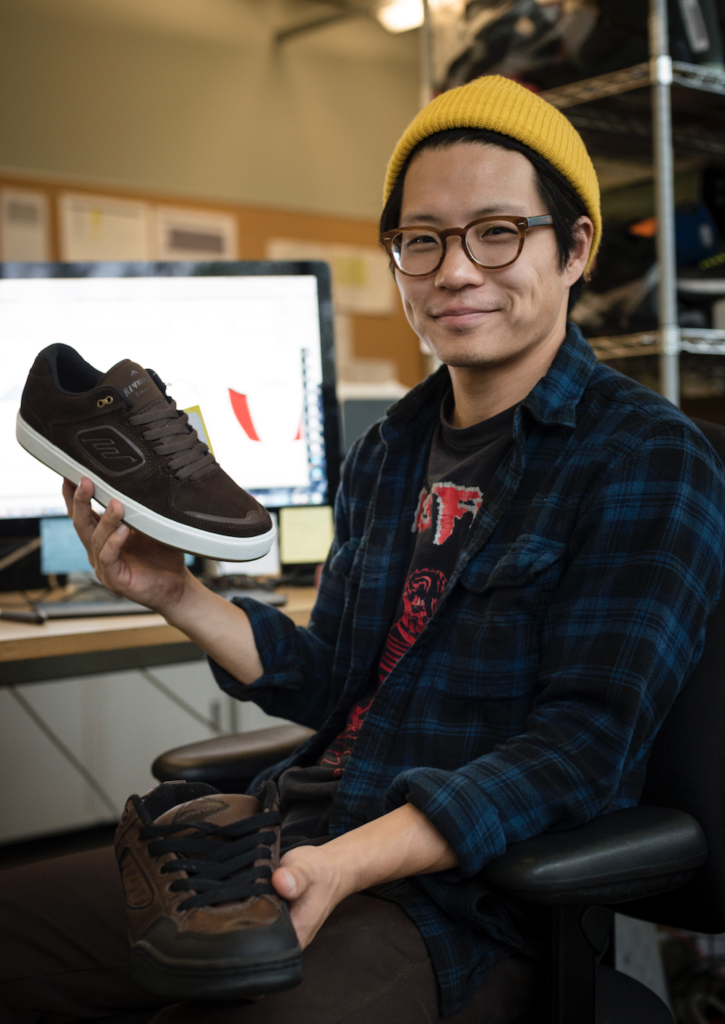 Thank you Paul and emerica for the interview and supporting Weartested.