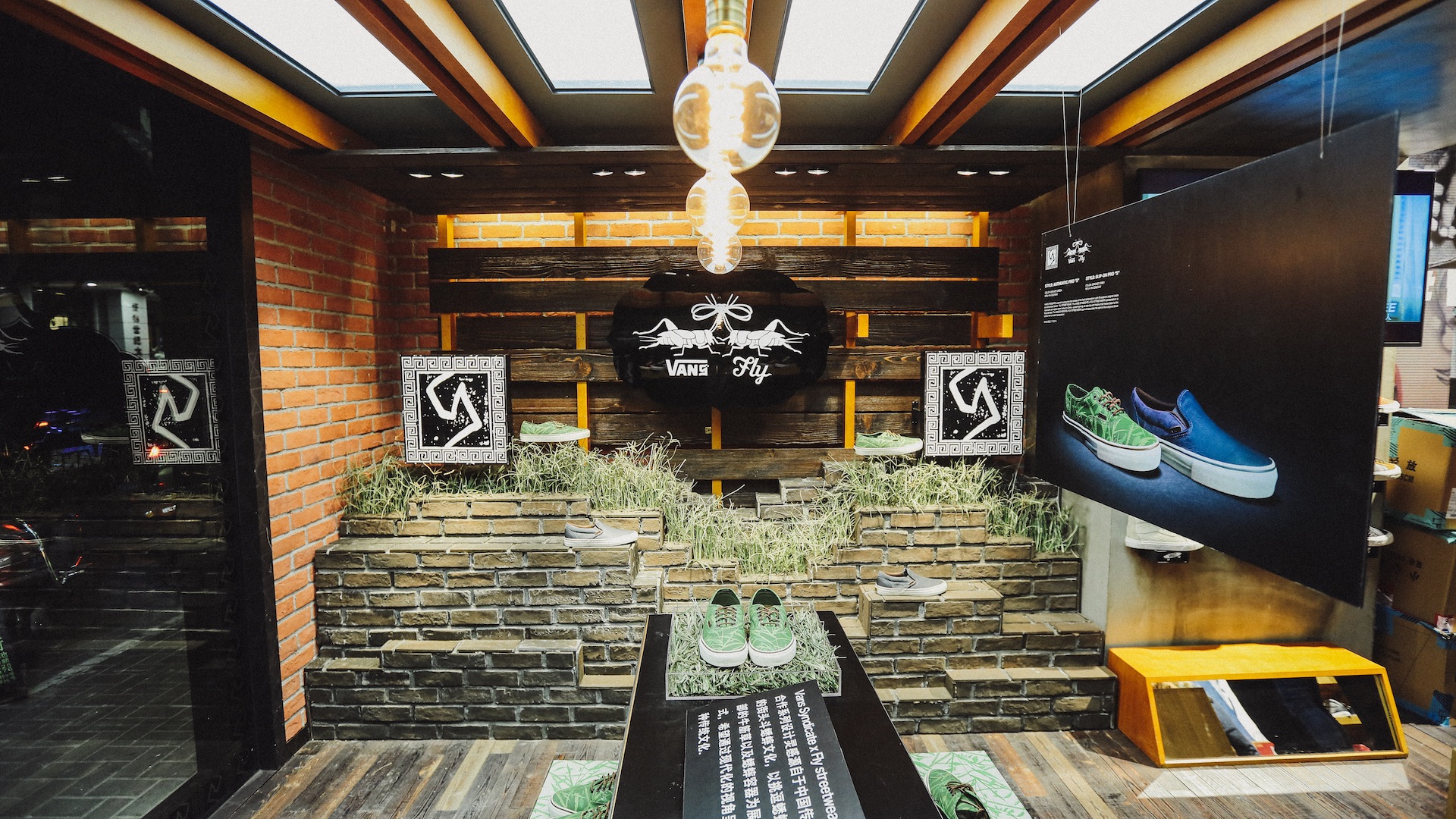 You’ve seen it and heard it. China is on the come up. Untapped perfect marble ledges and quirky spots overlooked by skater-friendly police makes China every skater’s wet dream. The majority of Pretty Sweet and Plan B’s B True were filmed in cities such as Shenzhen, Guangzhou and Shanghai. However, any and every skater who visits China must take a pit stop in Shanghai to experience China’s biggest skate scene. Once you’ve skated local spots like LP and Fuxing Park, stop by FLY streetwear on 704 Changle Lu to kick it and meet locals who’ve been helping hold down FLY Streetwear for the past 15 years. In light of the recently released FLY streetwear x Vans Syndicate Cricket Shoe Pack, we’ve been given the opportunity to sit down and talk with two key players in the collaboration: Jeff Han, the founder of FLY streetwear, and Tim Sedo, co-designer, ex-Professor and current Asia-Pacific Regional Marketing Manager of North Face. 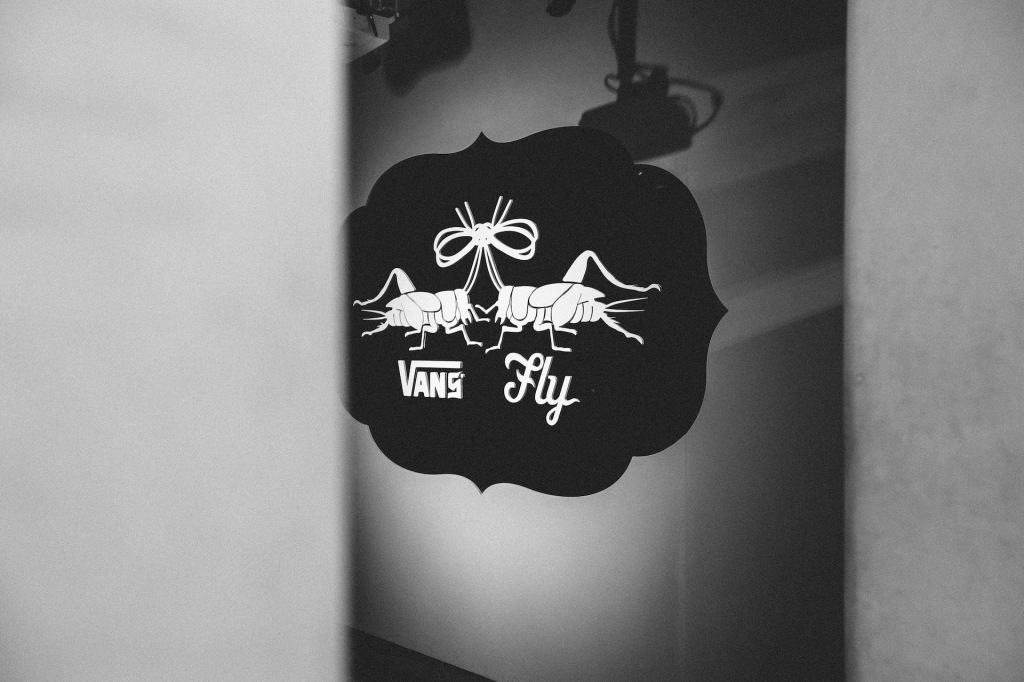 The Nike SB “Milk” Blazer was dedicated to you; can you explain your story of working as a milkman and then starting China’s first skateshop, FLY?

Well, my earliest line of work was manufacturing airplanes. I would learn how to put together airplane engines. My formal education is low, after graduating middle school I never went to high school. Instead, I went and directly learned how to engineer, like making computer parts and other industrial abrasives for airplanes. Eventually it got boring. After about a year working at the airplane manufacturing company, I didn’t have interest anymore. Every day I would climb over the factory’s walls and go out to skate and make it back before work was over to punch in. So for a whole year it was like that; I would go to work in the morning and finish everything in an hour, and then sneak away to go skate. After a while I realized this couldn’t continue and that I was wasting time. So then I got a job at one of Shanghai’s biggest milk companies. I think that a lot of people thought that I personally sold milk, for the record, I was never a door-to-door kind of milkman; I was just working at the sales department of the milk company. So shit, actually…I guess you could say I sold milk. However, everyday I wore a black suit with a black tie to work. Cause you know, you had to act professional; I had to go talk to a lot of huge supermarkets and see if they would distribute our milk. Every day at work I would do this, and then fill out order forms and customer paperwork; there would be actual milkmen to send the milk there, but I was just in charge of the sales. Looking back, working at the milk company helped me a lot; before working there, you could say I was a pretty shy person, someone who didn’t talk a lot and kind of just lived in his own world, which revolved around skateboarding. But the position at the milk company forced me to break out of that shell; I had to go and talk to a bunch of people that were completely different than me. Later in 2007, Nike SB and Matt Irving helped design the Milk Blazer as a tribute to my time spent working at the milk company which I was really thankful of. Altogether, I worked at the milk company for about 3 years. But then I wanted to start a skateshop. I think my desire to start a skateshop was a result of me just wanting to be able to skate more—when I worked at the milk company, I had absolutely no time to go out and skate. Honestly, I had no idea whether or not it would make money, I just wanted an excuse to go out and skate more. The story of how I got started is interesting—I remember a friend of mine brought me to Guangzhou, where I found a bunch of extremely cheap skate shoes straight from the factory. And so I brought a bunch back to Shanghai and just sold them to friends in the skate scene. It sold out fast, so I thought, maybe opening a skateshop could work out, plus I’d get to skate every day. So I started FLY skateshop in 1999. Those times weren’t easy. I would take a 27-hour disgusting train with no AC packed with Chinese farmers to Guangzhou. I’d bring a huge over the shoulder bag and pack it with shoes directly from the factory—I was foolish back then, I didn’t know that you could just ship them up to Shanghai, so instead I brought them back myself. I remember that was around the end of ’99, close to the Chinese New Year, and I brought it back to the Shanghai store to sell to the public. I brought back Duffs, Axion, NSS, Airwalks, Vans, and DVS, sold them for super cheap, probably around 280 to 300 kuai (40-50 dollars), and they sold out fast. 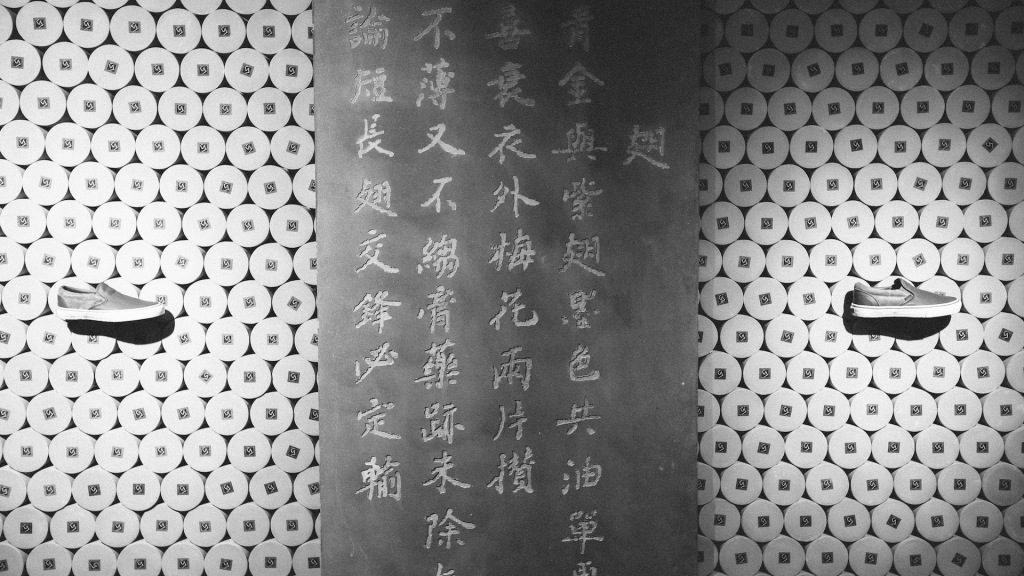 How is the skateboarding scene different now, from when you started?

Hmm…that feeling I had when I first started skating…actually, I think I originally started skating cause I thought it would attract the ladies, yes, I remember and I admit it. I actually think if you ask a majority of the skaters why they started skating, it probably has something to do with picking up girls. However as you skate more and more, you find that the most interesting thing about skating lies within the process of starting from “can’t” and accomplishing “can”. This is what makes us different than animals. Animals fuck and eat, fuck, and then eat, that’s what’s most important to them. For humans, fucking and eating are important, but so is creating something, and the process of creating something out of nothing is truly addictive. Back then, we were all pretty inexperienced, but skated out of raw passion; there were probably only 30 skaters altogether in Shanghai. When we all skated together it was good times only, we never had any dreams of becoming pro skaters. The happiest times skating was after learning a hard trick for so long and being able to do it in front of them, and the friends showing their support with high fives and cheering. I mean, it was almost kind of gay; a bunch of shirtless dudes hanging around each other hugging and high fiving after a skater landed a trick… but even so, these times were truly the happiest just because of that raw passion. Nowadays in China, skateboarding has developed pretty fast over the years and the pro skaters now don’t skate as much with raw passion as before. Money certainly plays a factor in this as well. So from my eyes, I feel like that’s the biggest difference. 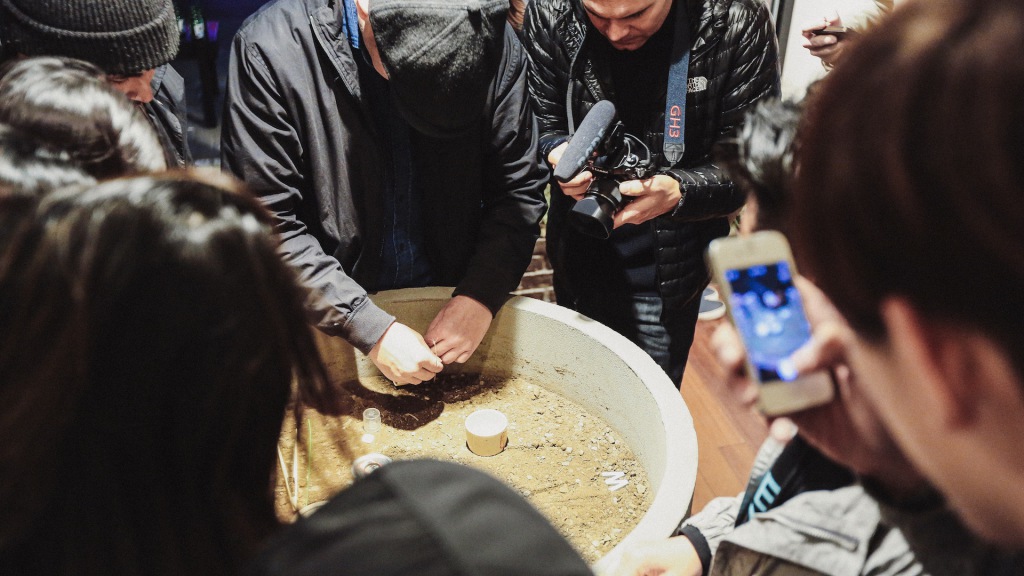 What do you think is the most important thing in running a successful skate company in China? 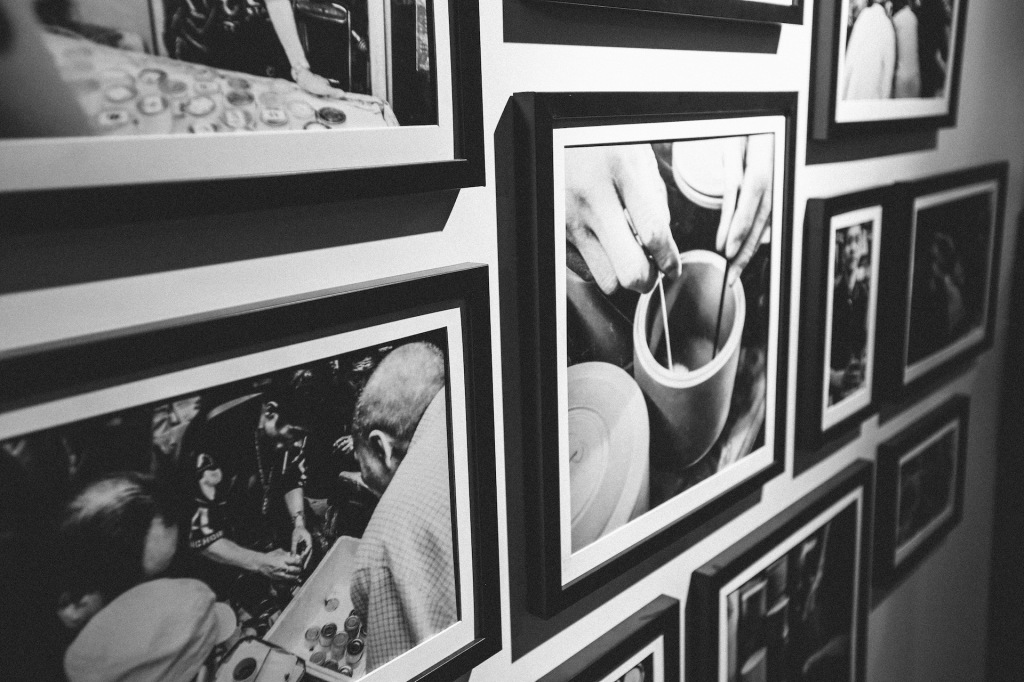 What direction do you think skateboarding in China will go in the next ten years? 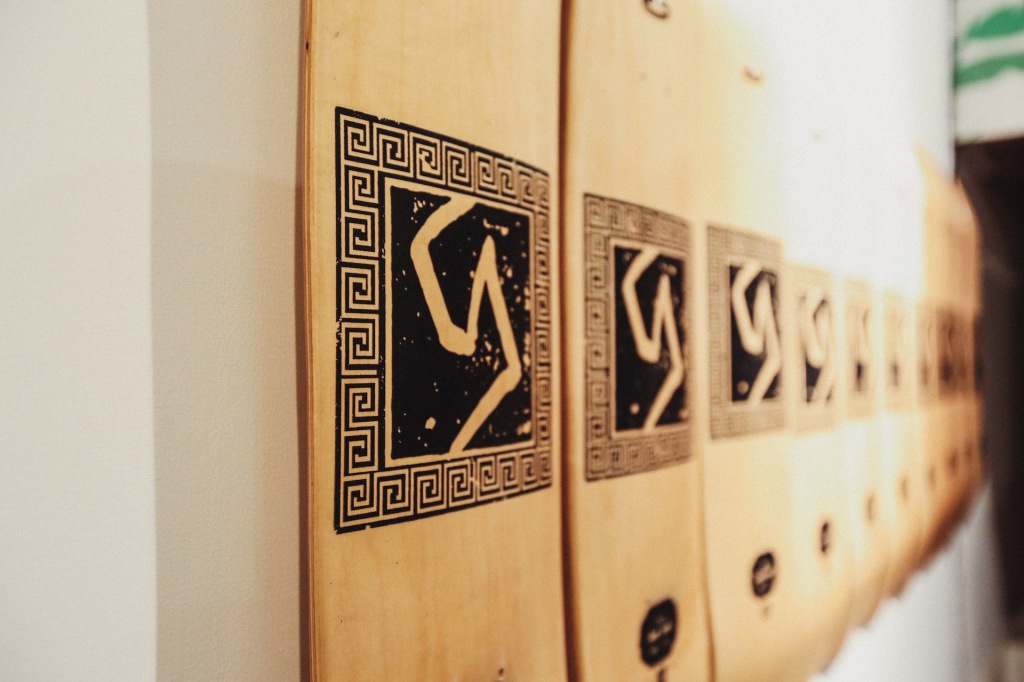 I know that all the designs are hand drawn by you, but did you ever take art design lessons or classes?

I’ve actually never taken design classes or had any formal instruction. I started pretty early, mainly because I wanted to learn how to design my own t-shirts and skateboards. When I started, I used CorelDRAW, which was way before Illustrator. The way I learned how to use the software was silly, everything learnt was either from online or friends. I would just call a friend up and ask them how to fix the resolution or edit a graphic; and then I would write it down step-by-step in a little notebook that I still have and use now. Everything I learned was self-taught, from editing videos on iMovie then onto Premiere, to making designs and logos on Illustrator. And it doesn’t stop, I’m still learning to this day. Truthfully I’ve used a Mac ever since I started, not because I had money, but because I thought the PC was way too hard to learn and use. When I first saw people typing away on the keyboard I knew I wanted to be able to type as fast and literate as them. When I started, I didn’t know how to use anything, keyboard included, everything was self-taught.

Which companies do you draw inspiration from?

Truthfully there isn’t one company I especially like. That’s because I watch, follow and take from everything. However, there’s no doubt skateboarding culture has had the largest influence on me. This generation now is the most globalized yet, there is so much information to see and learn on the Internet, Facebook, and instagram, despite needing a VPN in China to access it. As for drawing inspiration from design, I like everyand all kinds, not just skateboarding related. It’s kind of like music. When I first started skating, I remember all I listened to in 1999 was hip-hop. That was stupid of me. Now I realize, as long as the music is good, I should embrace it. No matter if it is jazz, punk or rock, you should embrace it all and not just blindly follow one type of music. Design is the same. I also take a lot of inspiration from architectural, industrial, technological and interior design as well, since that was what I learned before anything.

I would hope so, but I know it will be difficult. First off skateboarding itself is a western creation, an American creation. It’s like an exotic import in China, so to have a Chinese skate company become well known and liked internationally, would be more difficult. You could think of it in terms of Chinese martial arts. If a foreigner came to China to practice and teach martial arts it would be extremely difficult. But I still hope and think that it is possible. I think it would take the Chinese company to have a pretty Chinese cultural style, something different to bring to the table. It’s a matter of bridging Chinese culture with western culture; if it’s done correctly, there’s hope for a company to be successful in the US. 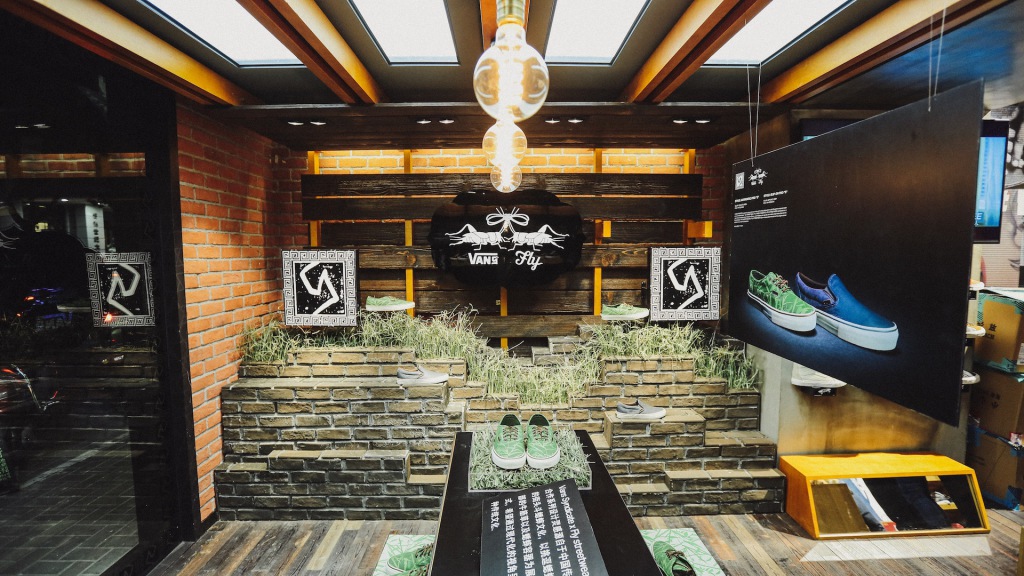 What other collaborations have you done, and which companies would you like to collaborate with in the future?

We’ve done a lot of projects with many different companies. With Nike, we had the SB Milk Blazer, the Beijing SB dunk, the Chinese New Year SB Dunk, a Nike SB barbershop dunk, and a bruin collab. With Vans, we’ve released the Rabbit Era’s, and the most recent two different pairs of the Cricket Syndicate pack, altogether 3. We’ve also collaborated with Jansport to make a skateboarding backpack, as well as the Japanese street fashion company Kistoyo, whom we’ve done a shirt and board collaboration with. I’m always looking to do collaborations with larger companies. We’ve also gotten graphic design work done by designers such as Stussy designer Allister Lee, RVCA’s and Heroin Skateboards contributor Andrew Pommier, and also Yanick Nolet who did some of Girl Skateboard’s designs. In the future, I haven’t actually thought about it, but would definitely like to link up with skate companies such as Girl since they have a lot of energy and also have a strong family vibe. 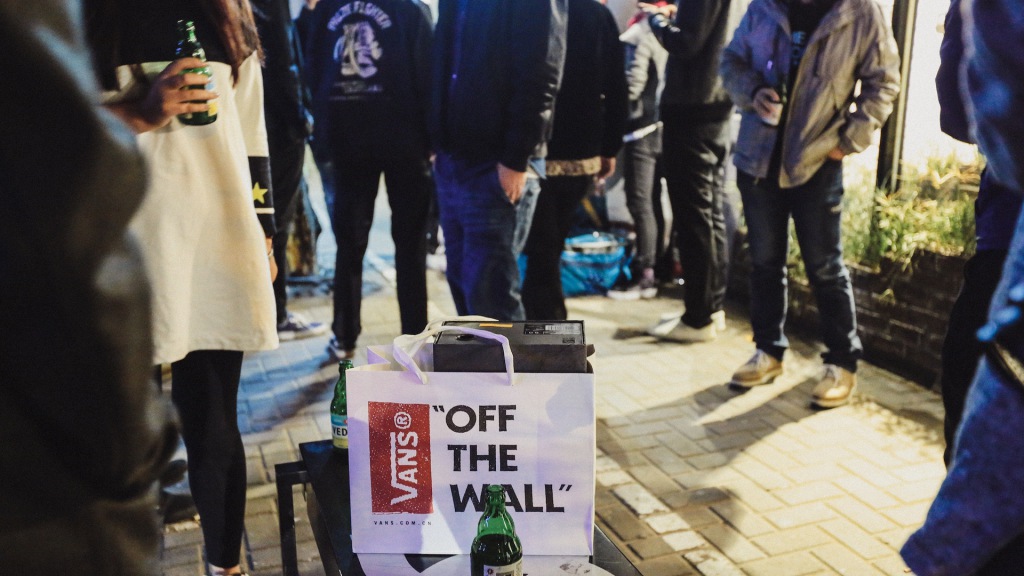 What can we expect from FLY soon?

We have a lot of advertisements already filmed and edited that will slowly come out but is a secret for now. As for products, we have new beanies, coach jackets, lighters, and skateboards all recently released in our winter look book. The hope is that next year we will hit it off and release more and more products, and that people all around the world are down to support a Chinese OG skate company.