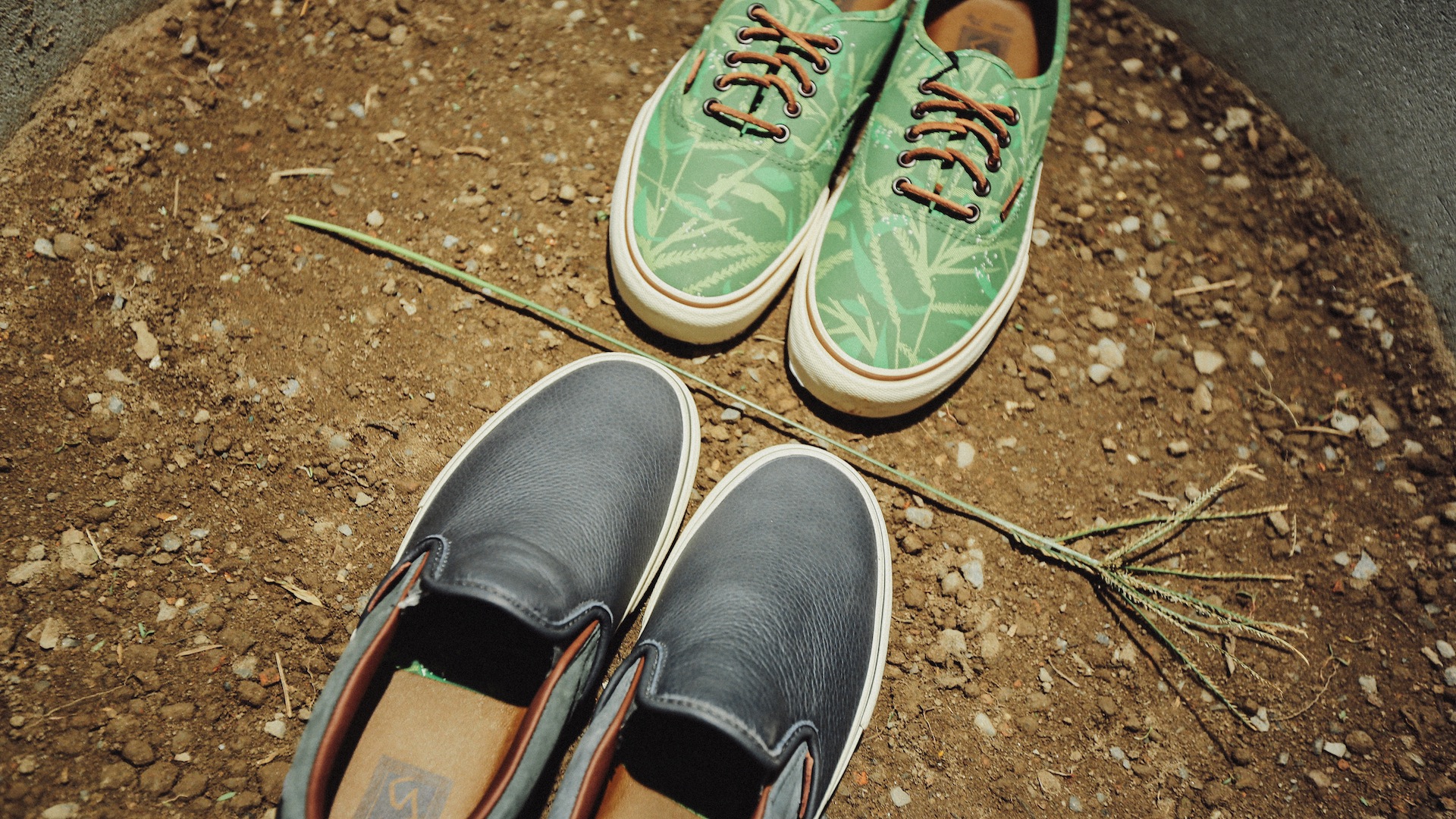 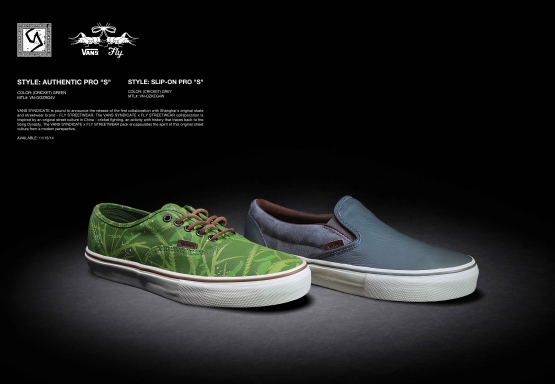 Word on the street is that you’re a doctor and heavily involved in academia. Can you explain your history in academia and where you are now?

Word on the street is right. I started my undergraduate studies in 1996 and 15 years later, I somehow ended up having a PhD in Chinese history. It’s been a great ride and I have met a lot of incredible people along the way. Currently, I am an Assistant Professor of Chinese History at Concordia University in Montreal, Canada, where I focus on the environmental history of late imperial China along with the history of youth culture and creative industries in post-Mao China. I decided to switch it up however, and will be moving to Hong Kong in early 2016 to pursue a new career The North Face, where I will serve as their Asia Pacific Marketing Manager. Huge changes. Super excited. 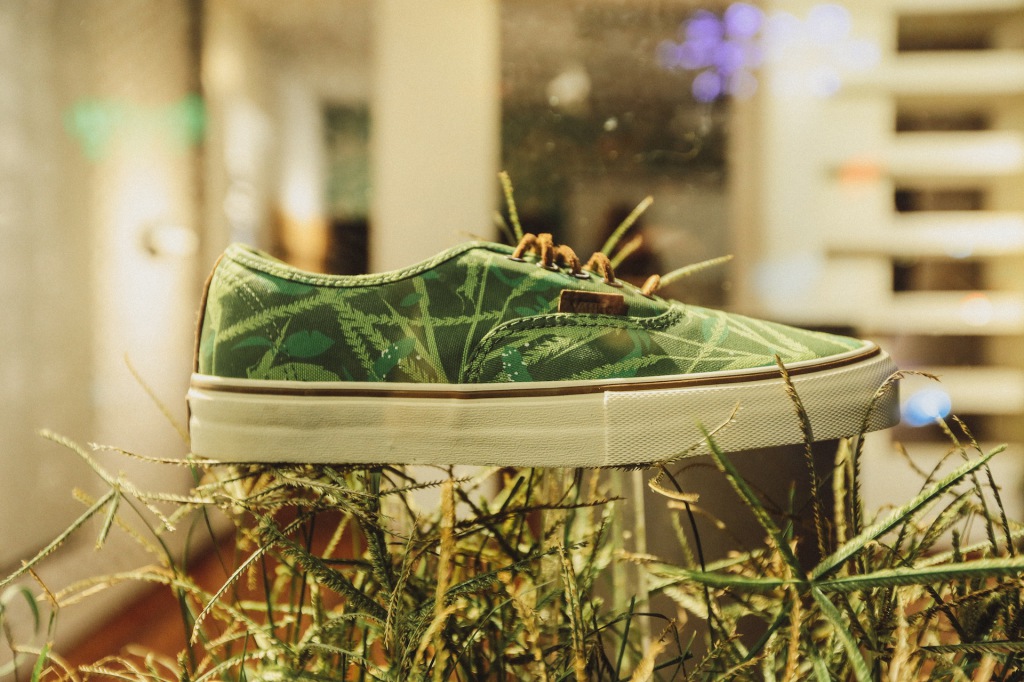 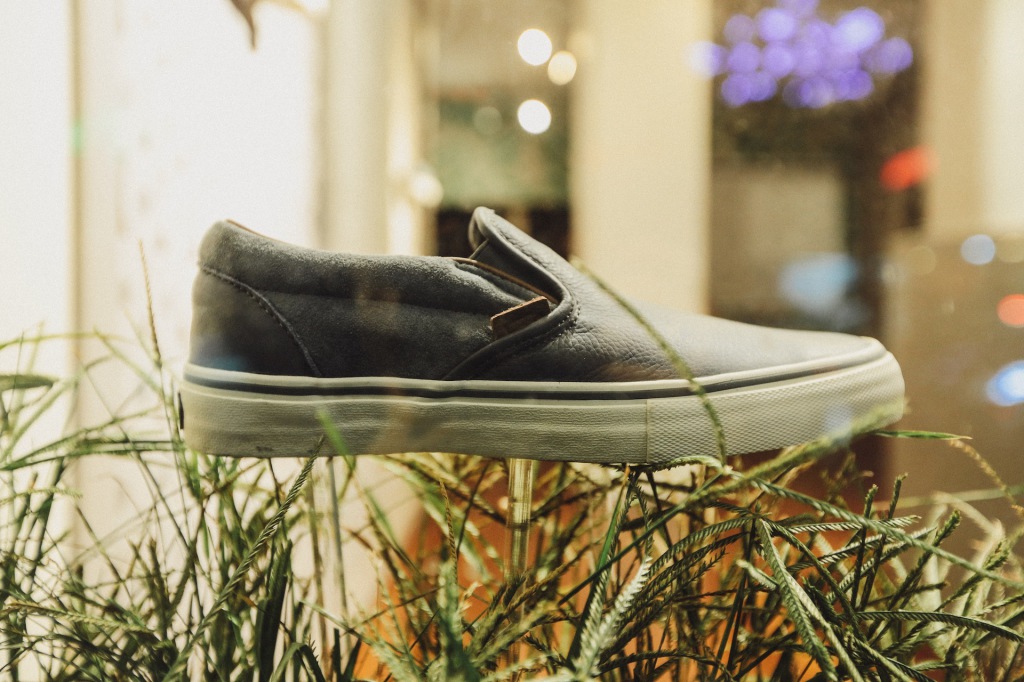 Where did/does skateboarding fit into your life?

Skateboarding has made me the person that I am today. I started skating in 1985 and haven’t looked back since. I’m getting older now and am starting to suck, but I’ve learned to adjust my expectations and to just enjoy a mellow mini-ramp session with rad friends and cold beers. Nothing beats it! It’s harder to get out and skate now with my work and travel schedule, but I still try to have a good old man session at least twice a week. It’s an important part of my week not just for the skating itself, but also for touching base with all the dudes.

Most kids and teenagers wouldn’t choose Chinese to start learning as a language. What drew you into learning the language, culture and history?

People ask me all the time why I started studying Chinese history and language and I really don’t have a good answer for this question. All I can say is that it just sort of happened. I had a really inspiring Chinese history professor in my first year of University who sort of got the ball rolling. I then went on an academic exchange to Taiwan in 1999 and this experience sealed the deal. Rad people, amazing food, beautiful scenery – I was hooked. A few years later I went to Mainland China for the first time and fell in place with the local skate scene. Over the years, we all kind of grew up together and the generosity that all of these dudes have shown me over the years has meant a lot to me.   Languages never came easy for me, but Mandarin just sort of clicked. Learning the language on a skateboard with locals helped a lot in this regard. On the other side of things, during my graduate school years I was also surrounded by an amazing group of colleagues and mentors. They helped to nurture and sustain my more academic interest in China and the Chinese language. I’ve been super lucky to have this dual skate and academic life in China. I think I might be the only one. 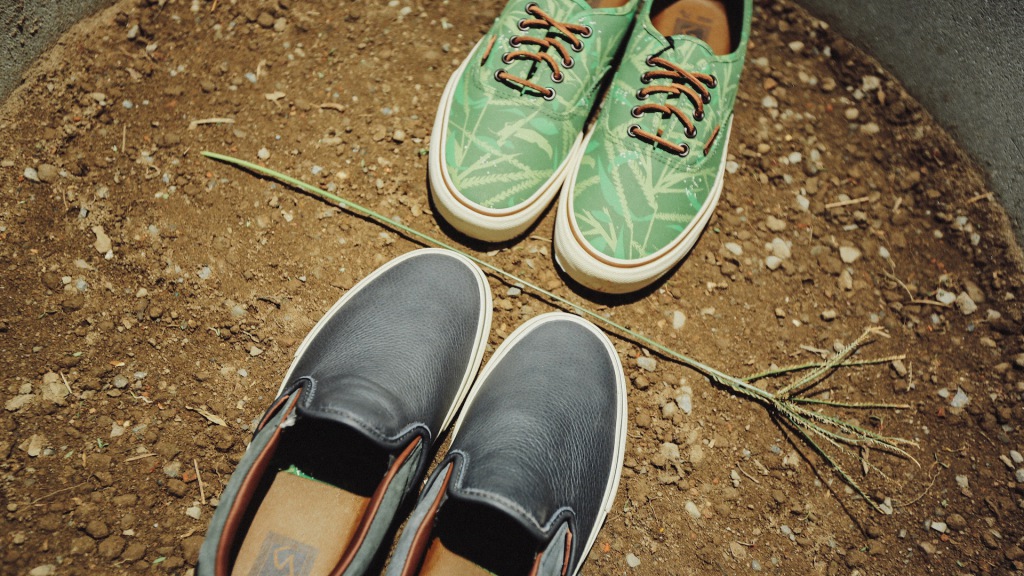 The whole concept of this collaboration highlighting traditional Chinese street culture is awesome, how did this Vans x FLY collaboration come about?

What’s the cultural history of cricket fighting in China?

While crickets appear in some of China’s earliest historical records, cricket fighting only started in the Tang Dynasty (618-907AD). Raising and fighting crickets started as an elite pastime of emperors and the literati, but soon filtered down to the masses. By the end of the 12th century, cricket fighting was a common part of the urban landscape. Crowds in every city and town gathered to watch prized crickets fight and often placed bets on the outcomes. It was a loud and noisy affair. A whole material culture emerged around cricket fighting including: manuals describing how to best raise and fight crickets; new types of foods to raise stronger crickets; boxes and tubes to house prize fighters; and basins to fight crickets in. Cricket fighting happened outside on the streets and is an early and lasting form of “street culture” in Chinese history. People still fight crickets to this day and most Chinese cities have markets devoted to selling crickets and cricket paraphernalia. However, with the dramatic transformation of China’s cities in recent years, many of these markets have been destroyed to make way for new developments. Cricket fighting in China is a dying art. 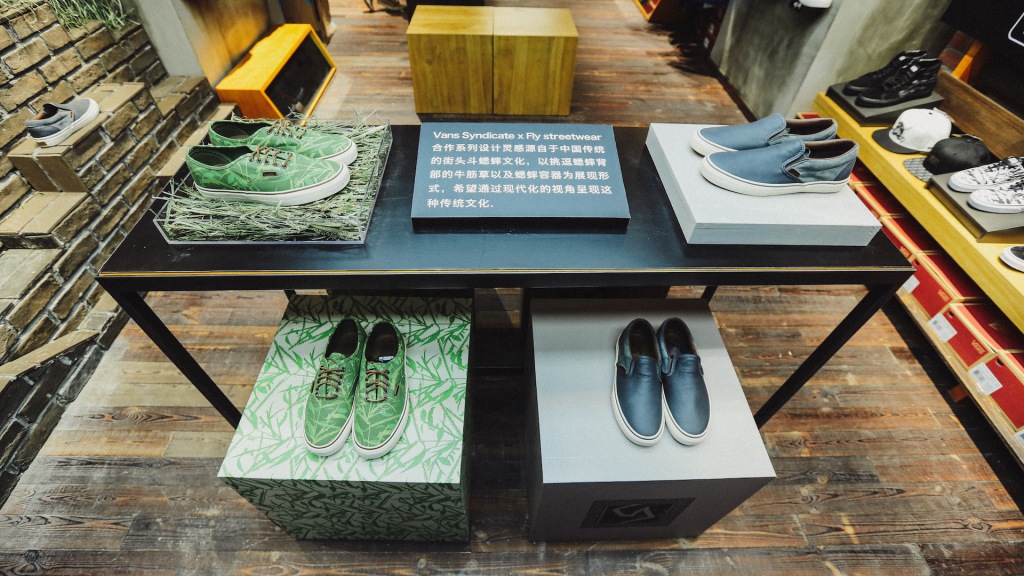 Companies tend to alter a shoe’s original design and concept, which characteristics of the shoe did you insist were essential?

Designing shoes is always a process. Aim high and see what happens. Working with Vans Syndicate was pretty amazing and they were on board with most of our ideas from the jump start. A few things were altered here and there, but I am very happy with the final product. The few design elements that I absolutely insisted on however, were: the round leather lace on the authentic to mimic cricket’s antennae, and the chop seal logo on the bottom of the slip-on to tie in with the characteristic marks found on the bottom on cricket fighting basins. There were some initial worries about how the clear sole would yellow over time, but the discoloration actually works better with the historical concept of the shoe.

How did you get into designing, and who are some designers outside of the skateboarding realm that you take inspiration from?

To be honest, I would never call myself a “designer”. I have some good ideas and work well with more talented people than myself to help realize them. Perhaps the various shoe projects that I have been involved with over the years are a bit over-designed, but I honestly think there is no point of making just another collaboration shoe if there is no story or concept behind it. Anybody can change a color-way, so when given the latitude by companies like Syndicate, why not go nuts. The result might not be everybody’s cup of tea, but at least the final product has a story and stands out. I am a very collaborative worker and draw my inspiration from all the incredibly talented artists, designers, illustrators, photographers, filmers, and writers that I am proud to call my friends. I am just a glorified middleman, but am happy to play that role. 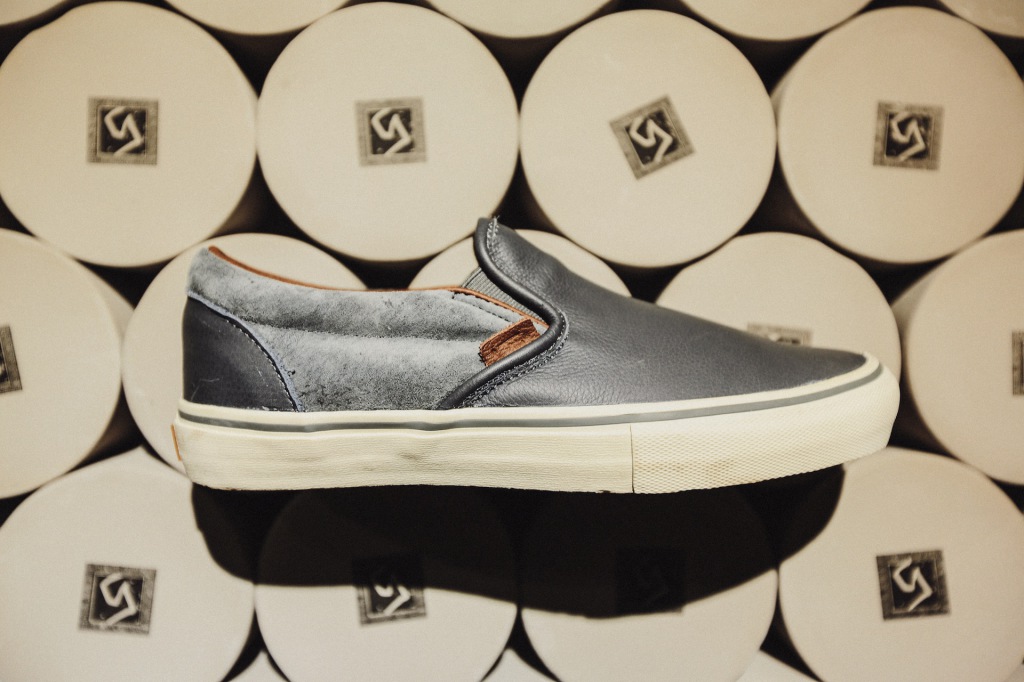 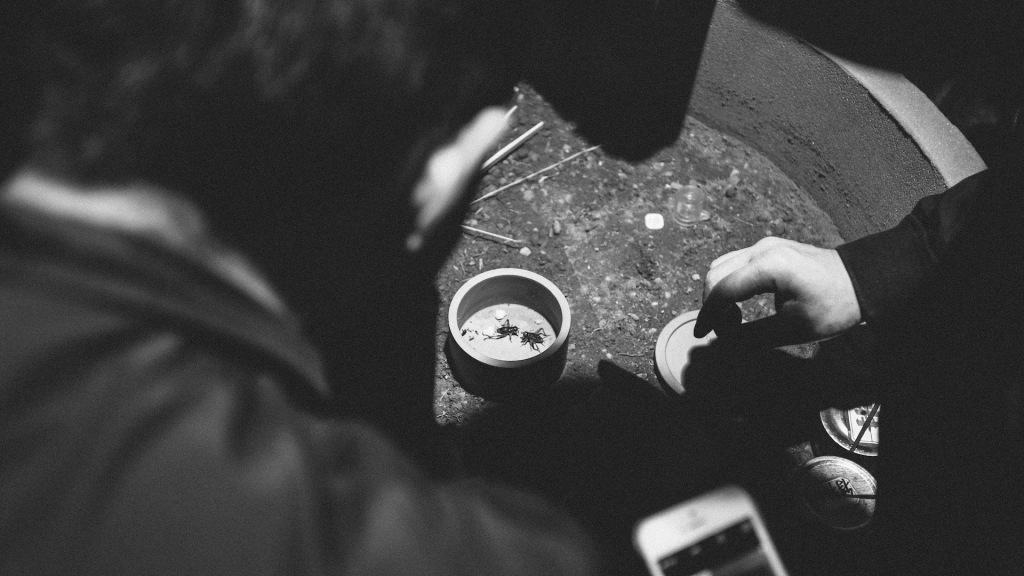 Who would you like to collaborate with the most?

I’d like to do more photo-based collaborations in the future. I’ve been a long time fan of Anthony Acosta’s work and think it would be fun to work on something with him in the future. Toronto based creative, Allister Lee (ALIST / STUDIO BIB) also consistently amazes me with his more gritty marker work. I’d love to mash up some strong photographic imagery with rougher text/font work reminiscent of the 90s golden era of the east coast skate companies like Zoo York, First Division, Illuminati and Rookie. This is still my favorite era in skate design.

What other products have you designed or contributed to that a lot of skaters may not know of?

I’ve had my fingers in a lot of different China related skate projects ranging from decks to shoes to apparel to videos and ads. Perhaps the most well known project that I have worked on was the Fly Milk Blazer that was released in 2007 in honor of China’s skate milkman, Jeff Han. This shoe came out right at the apex of the sneaker craze and was the collaborative efforts of Matt Irving (now at Juice Design), Runyo Chen (Nike China), and myself (History/Skate Nerd). I sort of miss the sneaker craze of the early 2000s; lots of latitude to do wild and conceptual projects. I also helped curate the Adidas Skate Hype events back in the day. The second one in 2008 was really a highpoint in my involvement in the skate industry and all the dudes that we invited out to the event still talk about it to this day.

What’s the plan for the future? Any more projects or collaborations we can expect from you soon?

Currently wrapping up the second season of FLY/SW apparel and then I will dive head first into my new position at The North Face Asia in Hong Kong. We have lots of new projects bubbling up and I can’t wait to bring some of my skate and streetwear background to this already amazing brand. Stay tuned…

Thanks to Vans China, FLY streetwear and Edan Qian