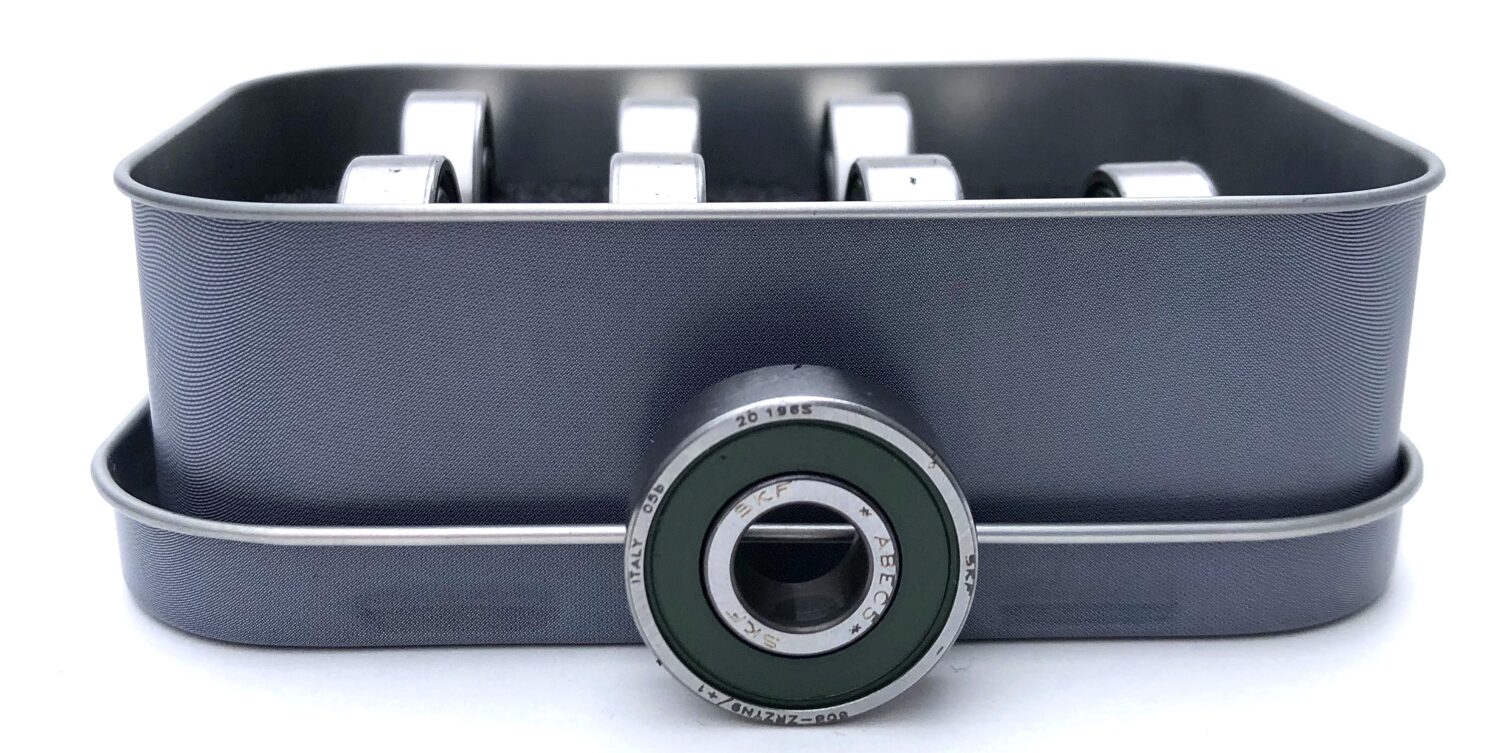 Skateboard bearings are often an overlooked part of the complete, however, they do play a crucial part in a set-up as long as they are properly maintained to ensure long lasting performance.

In engineering, a bearing enables rotational or linear movement. Bearings are essentially machine elements  used to reduce friction between two moving parts to help enhance the speed and efficiency of a system. In the case of a complete skateboard, the system includes our wheels and trucks. Aside from this, bearings are also used to support other parts of a system by handling various amounts of stress. Thus, a skateboard wheel needs bearings also as a support element to handle lateral and horizontal stresses between the truck axle, axle nut and hanger.

Skateboard bearings are a specific type of bearings, termed as ball bearings. It consists of an inner and outer ring, and metal balls are held in position by a ball cage. In order to protect the inner parts of the bearing against dirt, the balls are protected by a shield. As one of the bearing rings rotate, it causes the balls to rotate as well.

Ball bearings are an extremely well studied engineering element and could play the role of safety in some applications of use. As a result, there are industrial standards defined to assess a level of quality among bearings. For bearings, the ABEC grades are a set of standards for manufacturing tolerances. A higher ABEC rating has tighter tolerances, and that means better precision. In the end higher precision helps to increase the revolutions per minute (RPM). As an example, an ABEC 7 or 9 bearing could withstand up to 127 MPH with a 54mm wheel. Thus, such high precision is not required at skateboarding speeds and ABEC in a range of 3-5 is sufficient for skateboarding applications.

SKF which is Swedish for Svenska Kullagerfabriken (Swedish Ball Bearing Factory) is a bearing and seal  manufacturing company founded in Gothenburg, Sweden, in 1907. The company’s own factories produce and supply bearings, seals, lubrication and many other industrial products. With that said, SKF is basically THE expert when it comes to bearings, being the world’s largest bearing manufacturer.

SKF has offered skateboard bearings in the market for quite some time, also partnering with Andrew Reynolds when they approached the US market in 2007. But recently, SKF Skateboarding has been building a top notch team with heavyweight skaters such as Ishod Wair, Oski, Louie Lopez, Kader Sylla, Alexis Sablone and Beatrice Domond. As the world’s largest manufacturer of bearings and having a fully committed in-house R&D team, there are extremely high expectations from the skateboarding community, who is known to be critical when it comes to skateboard hardware. We at Westested got our hands on SKF’s newest skateboard bearings for a review, read on below to see how they performed. 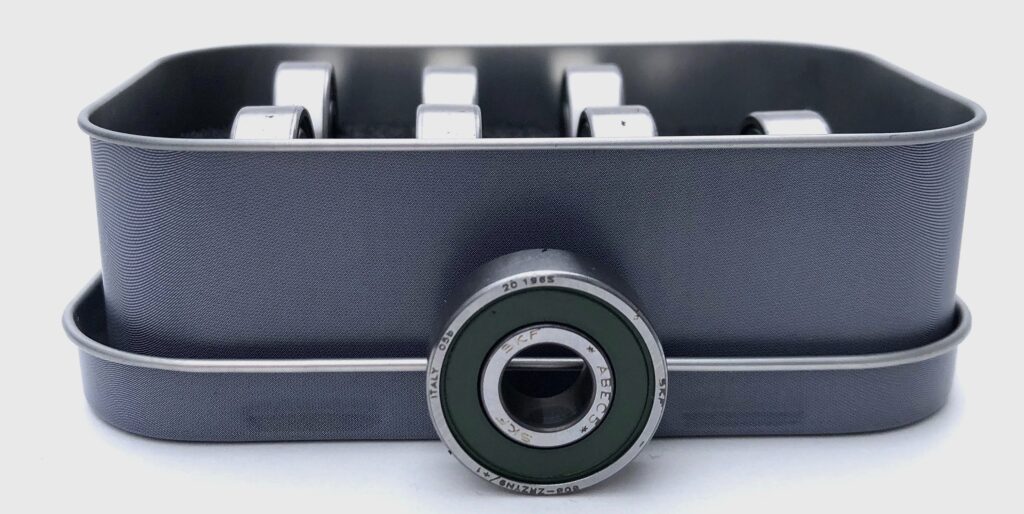 Before our actual weartest, we inspected the bearings first. The new bearings come in a nicely designed metal box, so no plastic waste. The packaging and the bearings itself have a premium look and feel. They are made in one of SKF’s own manufacturers in Italy and are ABEC 5’s. As mentioned earlier, the tolerances and quality requirements for an ABEC 5 grade of bearing should be perfect for skateboarding. The bearing shields are made of metal and covered with a thin and soft plastic coating. Since some people like pop ping the shields off to get a special sound when skating, we removed the shields on one side just to see the difference. Before the test, it was quite noticeable that SKF had used lots of grease between the metal balls. This is was quite unique since most other brands don’t use that much grease. 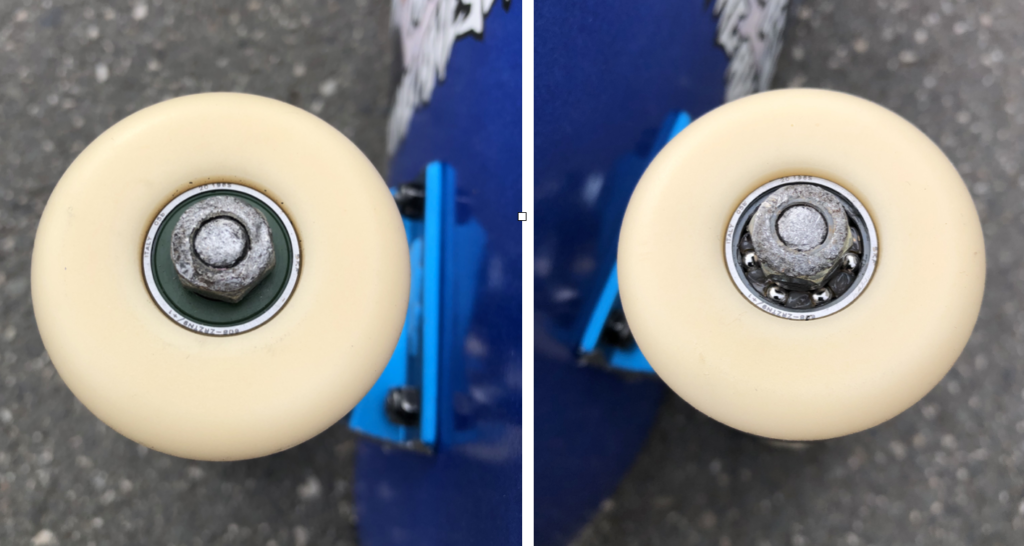 When it comes to the rolling performance of the eight-week wear test, there were highs and lows. In the beginning, it felt like the grease was holding back some of the rolling speed of the bearings. This was noticeable when spinning the wheel with your hands; the wheel didn’t spin for long and stopped abruptly. However, once the boards was on the ground and rolling, everything was fine. Very important thing to mention is that this first impression improved significantly over time as they slowly broke in. The bearings needed 2-3 weeks to fully develop their rolling performance and once reached, their performance stayed on a constant high level. Also, no differences were noticed between the bearings with and without the shields.

Durability of the SKF skateboard bearings are very good for several reasons and the most noticeable was the amount of grease used from the start. It helped to increase the lifespan of the bearings. The grease is there to lubricate the bearing but also works as a second shield protecting the ball bearings from dirt and other particles. After the 8 weeks tests, we popped off some more shields and the bearings looked brand new. So the shields in combination with the grease made a huge difference in increasing the durability.

The one wheel with popped shields did not have a lower durability, but as expected, did collect more dirt and particles since the shield protection was gone and the particles could easily stick to the grease. If you remove the shields for that bearing sounds, our recommendation is to de-grease the bearings so they don’t collect a lot of dirt. 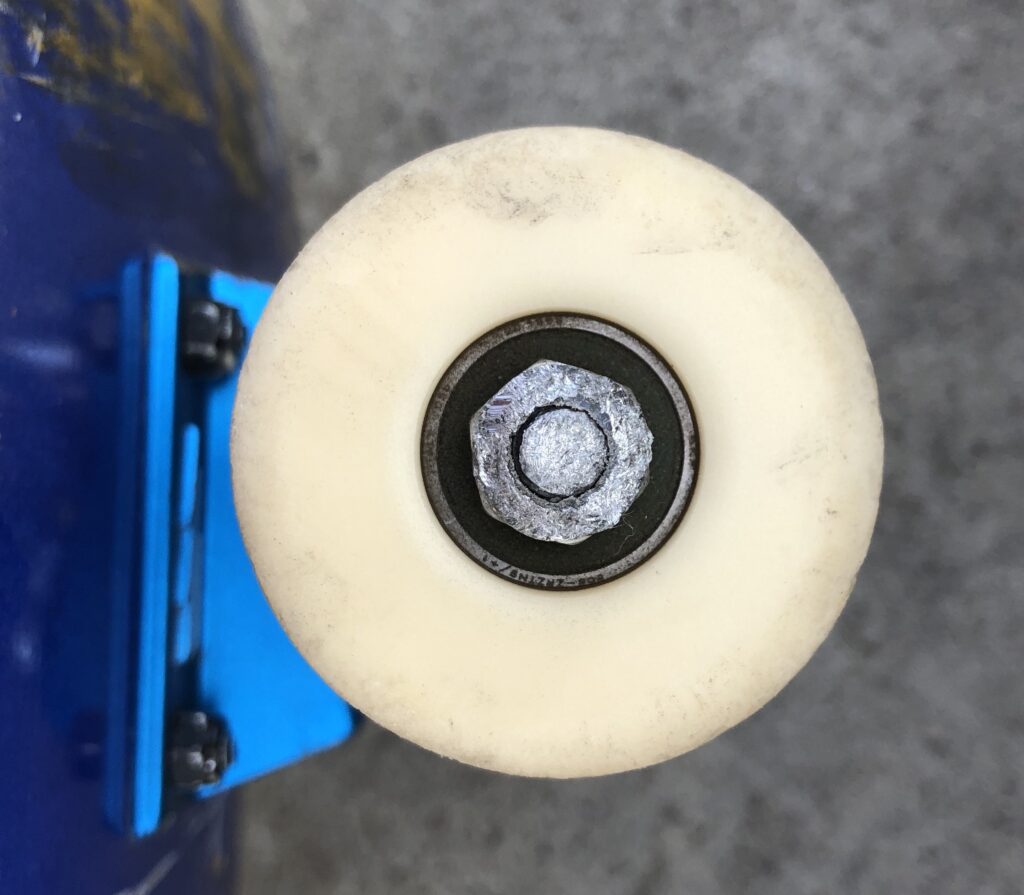 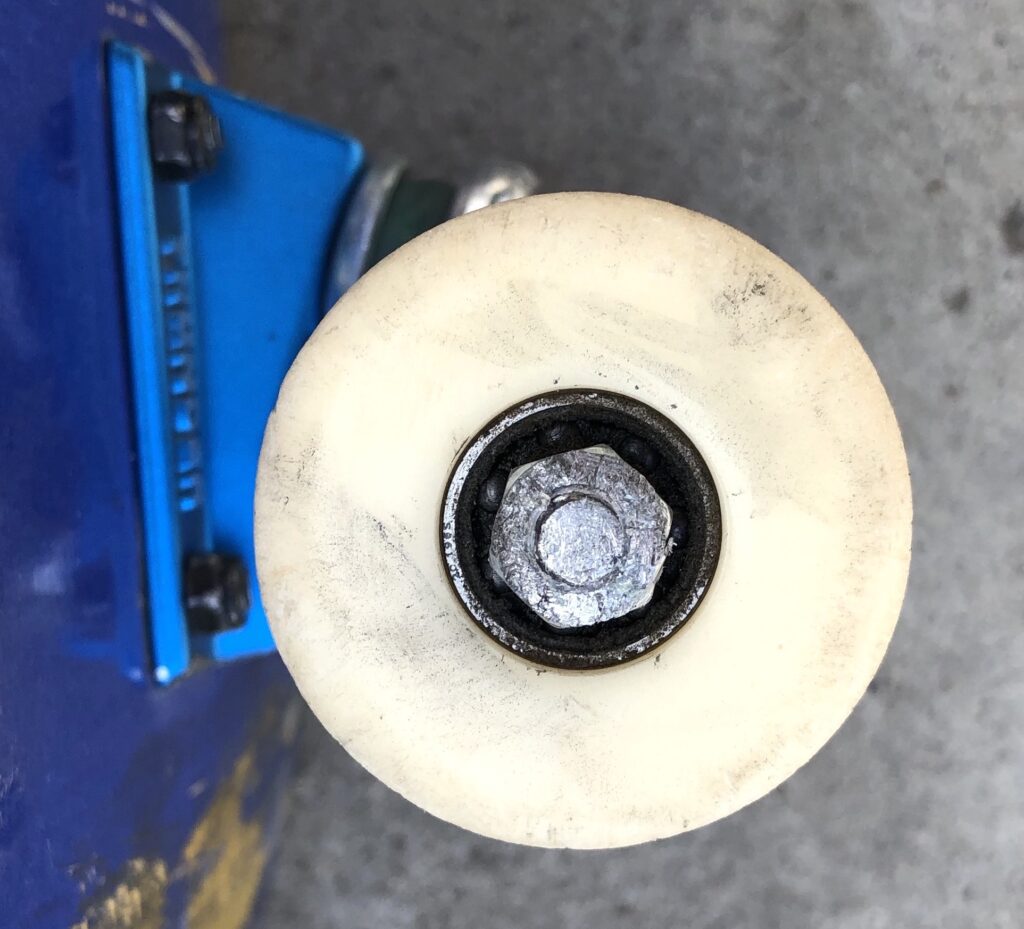 Overall, the SKF skateboard bearings are on the upper echelon of skateboard bearings, especially with their added measurements to increase durability. Give the bearings two-three weeks to break in and fully develop their rolling performance and you will be coasting with hella RPM’s with the SKF bearings.