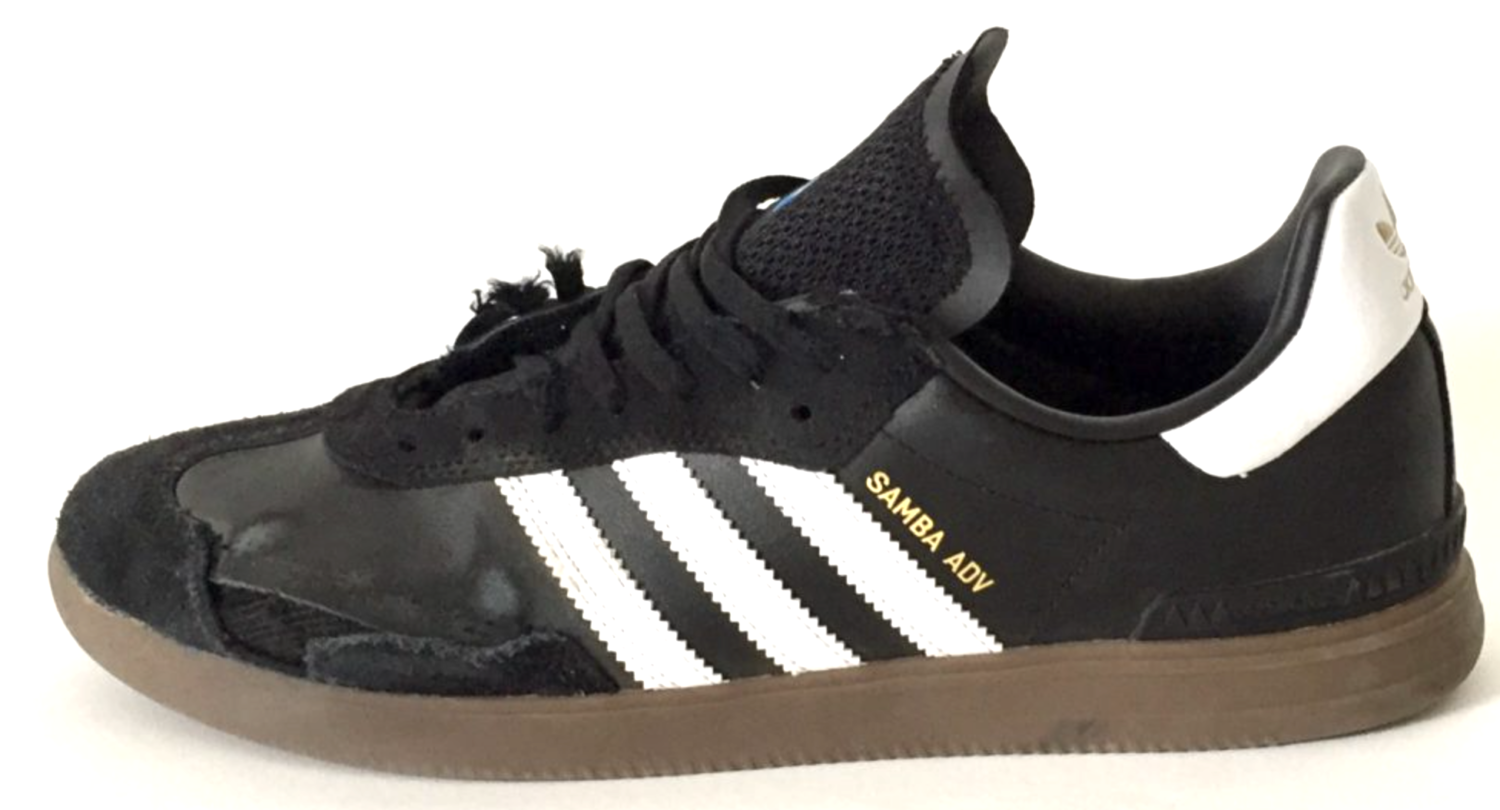 The adidas Samba is the second highest selling adidas model, following after the adidas Stan Smith, with over 35 million pairs sold to date. This type of sales number didn’t just happen overnight; originally designed as an indoor soccer shoe, the adidas Samba was well received initially by footballers but soon became a lifestyle shoe as well. This move from “function” to “fashion” can be dated back to the mid 70’s to the influence of England’s surviving football subculture, “The Casuals”, where smoking, drinking and fighting football hooligans would wear expensive designer clothing to avoid the attention of law enforcement as well as to intimidate rivals. These sharp dressers would wear expensive two piece track suits from Stone Island and Lacoste, and fit themselves with an iconic pair of adidas Sambas. With this in mind, the subcultures of The Casuals and skaters today don’t seem too far apart, which is a no-brainer that adidas adapt the Samba’s technical elements to withstand the abuse from skateboarding. We here at Weartested got our hands on a pair of the classic black white with gum sole Samba ADV’s and noticed immediately that the shoe’s silhouette didn’t change too much, which made us more curious to what technical elements were hidden inside. Read on below to see how they did during our weartest. 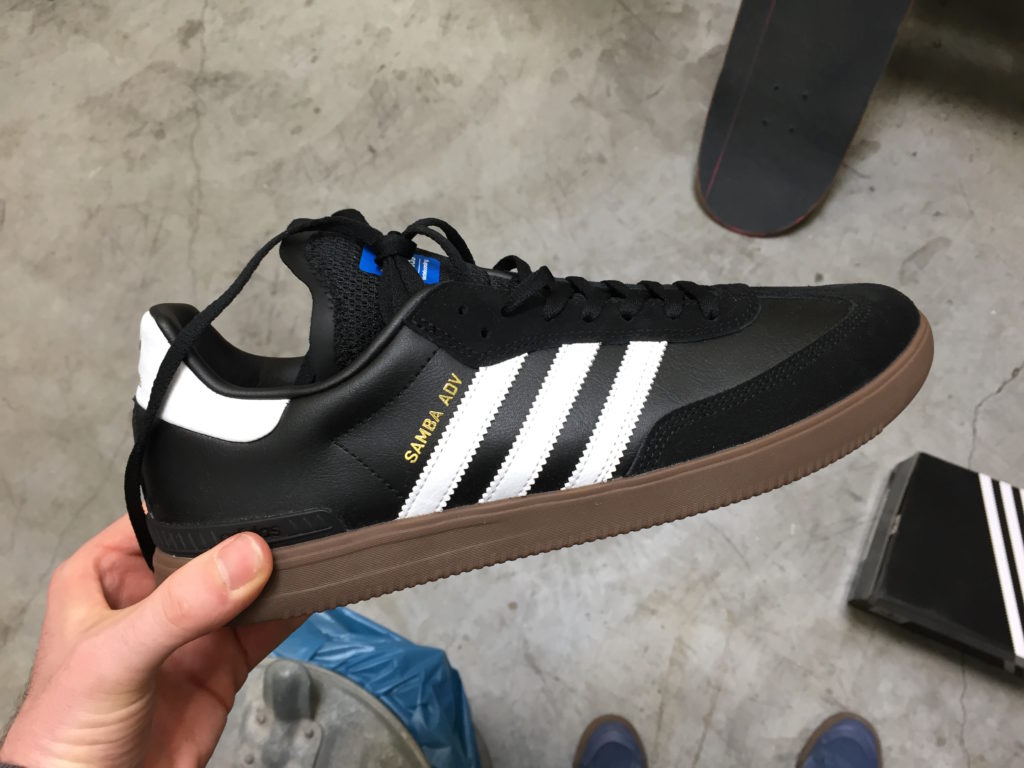 While the hype was high to skate these adidas Samba ADV’s up, we were a bit let down with the durability of the shoe. All in all, the shoe’s durability was below average. The shoe updates the classic Samba toe piece cap with a high quality suede, that wraps around the toe-piece similar to a T. The material itself was great, however, the toe cap piece was only fixed with three stitchings and was in the high abrasion zone of the shoe, right smack dab in the ollie and kickflip area. As a result, in the first few hours, the stitching came loose and soon the toe cap piece ripped apart fast, with no double backed suede or canvas to prolong the life of the shoe. Even so, the sidewalls of the shoe were made of a high quality leather, and did well against the griptape abuse, with no holes and barely any wear to it. We were quite impressed with the quality of the leather around the toe piece and sidewalls; they not only provided strong durability but also structured the shoe very well. Lastly, the sole of the shoe turned out to be a highlight. The sole was very durable and held up extremely well, with no blow out spots and minimal wear. 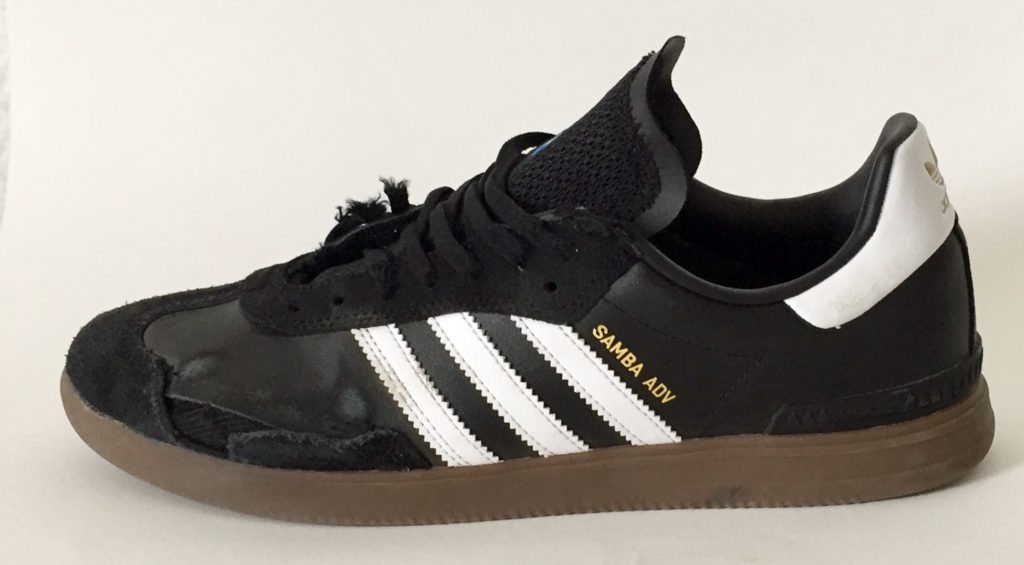 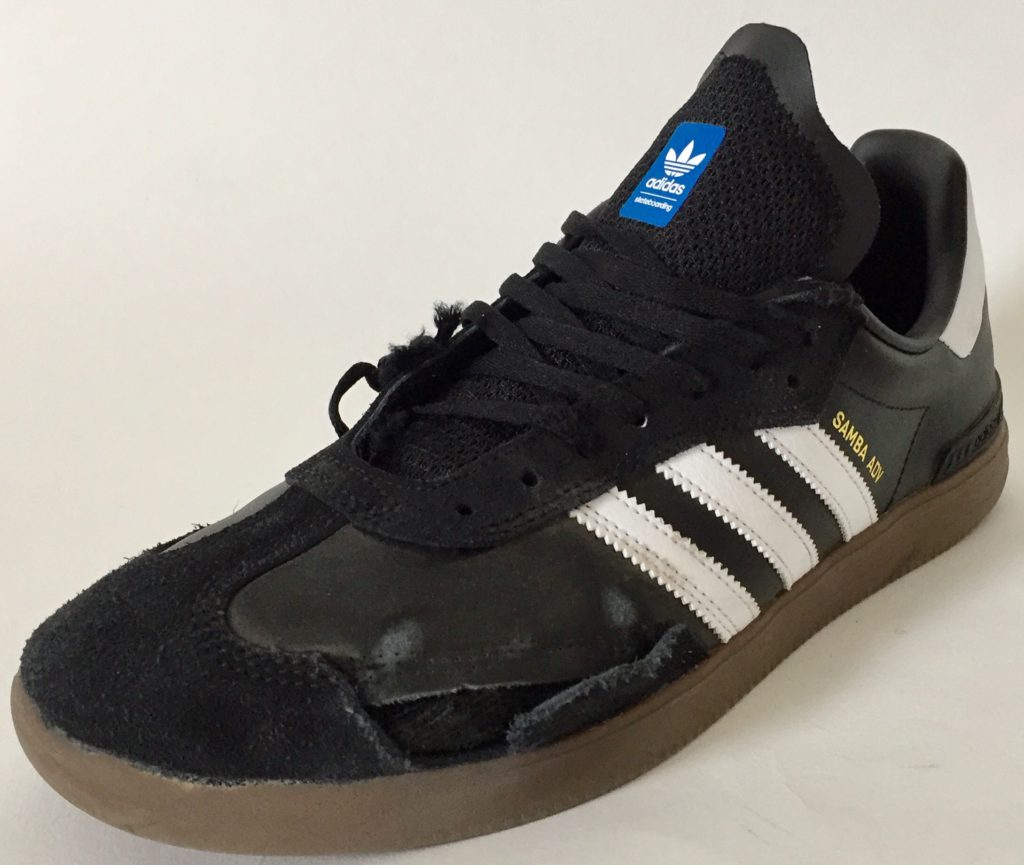 If you’ve ever worn the original Samba’s, you know that the shoe sits very close to the feet, which is also the case in the vamped up Samba ADV. It’s a bit of a slimmer fit, and those with wider feet may take a bit longer to break into the shoes, once the leather sidewalls wear in and cave outwards a bit you’ll find a snug fit. As a low top slim fitting shoe, the medial and arch area of the shoe was extremely snug and secured the foot nicely, minimizing the risk for slippage. The shape of the shoe itself tapers in the first third and features a very pointy toe, which helped a lot with flip tricks. All in all, the shape of the Samba was quite form-fitting and was a nice fit for slim feet.

The cushioning of the Samba ADV was ok; the insole of the Samba was extremely thin and minimal, which sacrificed a lot of cushioning in exchange for boardfeel. This was especially the case in the first third toe area, where the sole was the thinnest. In the second third medial area, the cushioning got a bit thicker but not by much; the impact from 5-8 stairs was still fairly absorbed by the insole. The area with the most amount of cushioning, was the heel area, where not only was the insole cushioning the thickest, but the midsole had a honey comb construction which helped to absorb and disperse the impact from landings evenly. In the end, it was clear that the focus of the Samba ADV was to offer a minimally padded shoe that felt great on the feet and had excellent boardfeel.

The adidas Samba ADV was a very comfortable shoe. The selection of material chosen for the upper was a mix between high quality leather and suede, which not only held up well in terms of durability, but also made the shoe extremely comfortable to wear. Not to mention, the shoe proved quite stable even after a few heavy sessions. The shoe also features an internal mesh bootie construction which included an extremely light and breathable tongue and tongue centering mesh straps. But when putting the shoes on, the bootie construction sometimes got in the way and was a bit annoying. A highlight of the shoe is definitely it’s stability. In this model, adidas added in a molded TPU (thermoplastic polyurethane, known for it’s high shear strength) heel clip into the heel counter, which helped strengthen the shoe’s stability and decreased the off chance of slippage and ankle rolls. The heel clip was very stiff and secure, even tapping on heel clip feels like knocking on a door. The inner heel area was also a plus; adidas’ material choice for the inner heel area was the premium leather which also provided a good heel lock and made the shoes more comfortable to wear. 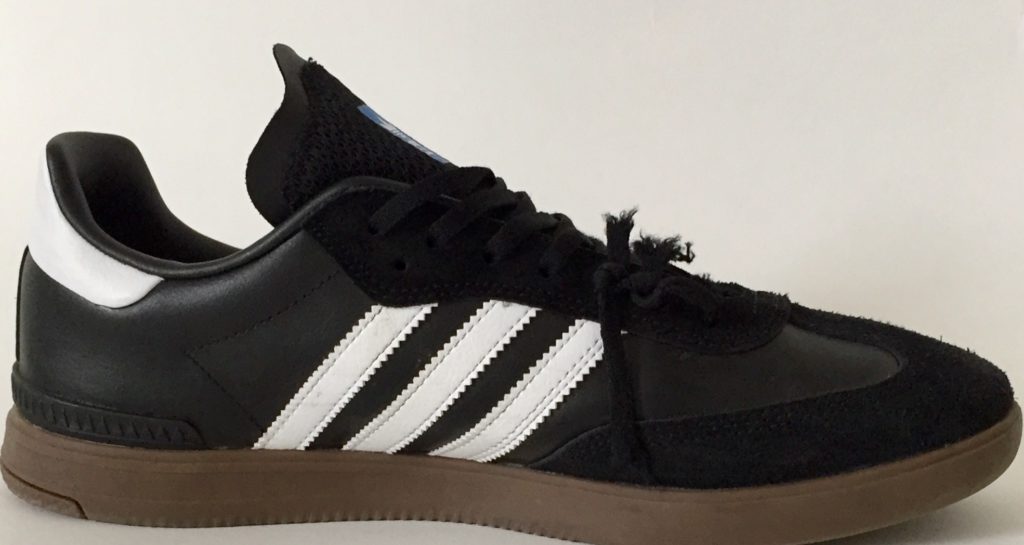 It’s always a challenge to adapt a classic sports shoe model for skateboarding but the adidas Samba ADV’s attempt was good. The added stability and grip elements were extremely impressive and made the shoe very pleasant to wear, however, the durability was lacking.