Skateboard hardware, especially the skateboard deck, is continually exposed to an enormous amount of load and stress. That’s why there’s no question that time is being invested into researching innovative technologies to improve the durability of such boards. On the other hand, Skateboarders often decide that the marketed newest space-age technology in boards isn´t their cup of tea, so 7 plys of North American Maple are still their predominant weapon of choice. Most innovations such as new adhesives, various materials and inserts usually vanish sooner or later. With that said, Deluxe decided to see how people reacted if they simply try out a new production method and shape, which led to the development of Real Skateboards “Low Pro II”  construction. We wanted to try something new for once and gave that technology a go to see if it actually pays off.

The Low Pro II technology is basically a center pressed production process which influences the shape of the deck. The deck is a centered rocker and thus, has a lower center of gravity which should increases control and pop.  Through the tighter concave the decks using this technology offer improved strength and lasting pop. In addition, Real used stiffer x-bands and an exclusive new additive free glue in order to increase the strength and lightness. In summary, Real promises to offer more board control and strength with their Low Pro II technology.

Overall, the improved stiffness of the deck is very noticeable. When you stand on the mounted deck it is clear that it flexes much less than a regular deck. This rigidity also makes itself felt in the landings. Landings feel less cushioned. The rigidity of the deck also significantly improves the pop of the deck. At the beginning, it may be tricky getting used to the improved pop, because less force is needed for you to pop. However, after a short settling time and a few sessions, you become much more used to it. An advantage of the Low Pro II technology compared to normal decks is that the deck stays stiff for a much longer amount of time, which helps the board’s pop retain longer and inaccurate landings on nose or tail have no impact to the overall strength of the deck. The tendency to chip at the edges, however, can’t be decreased and happen to a Low Pro II deck as with any other deck. 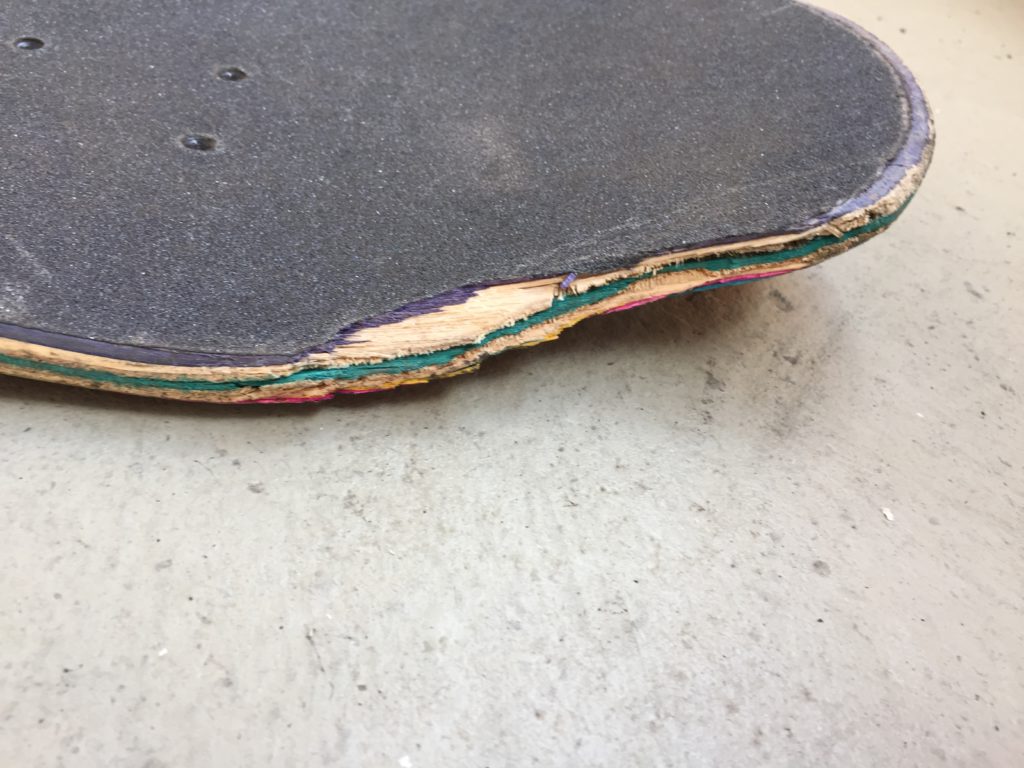 Real decks with the Low Pro II technology offer excellent and stiff pop due to their improved, lower center of gravity shape. The decks do have better strength, however, the tendency to chip the deck at the edges still remains. 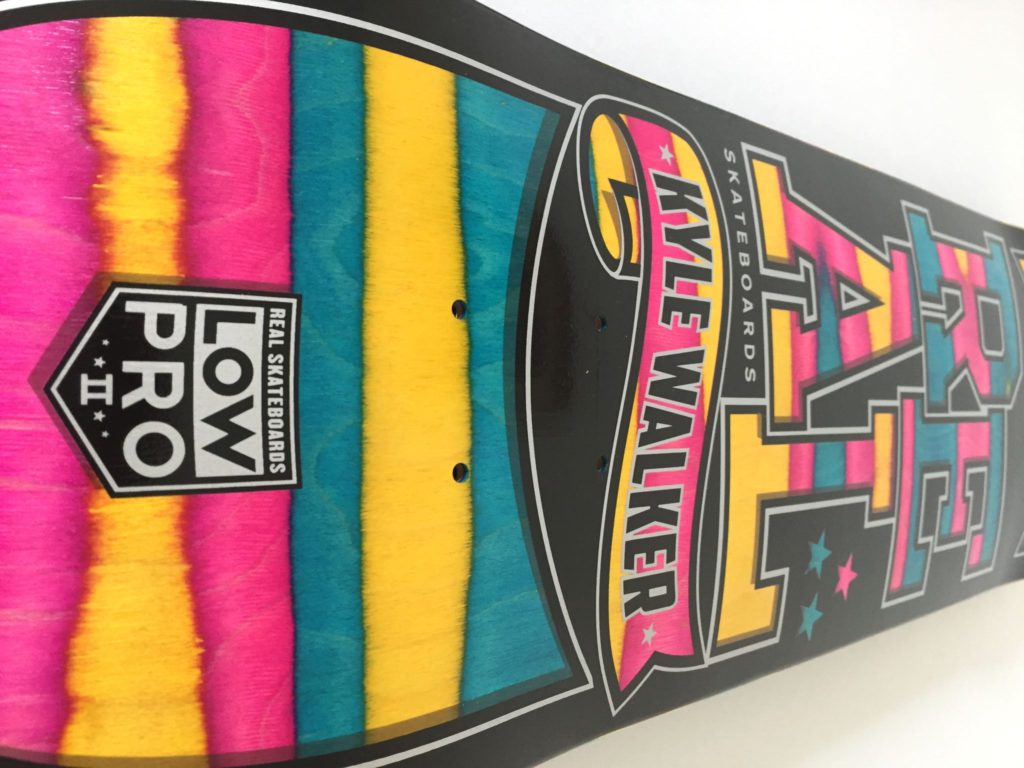