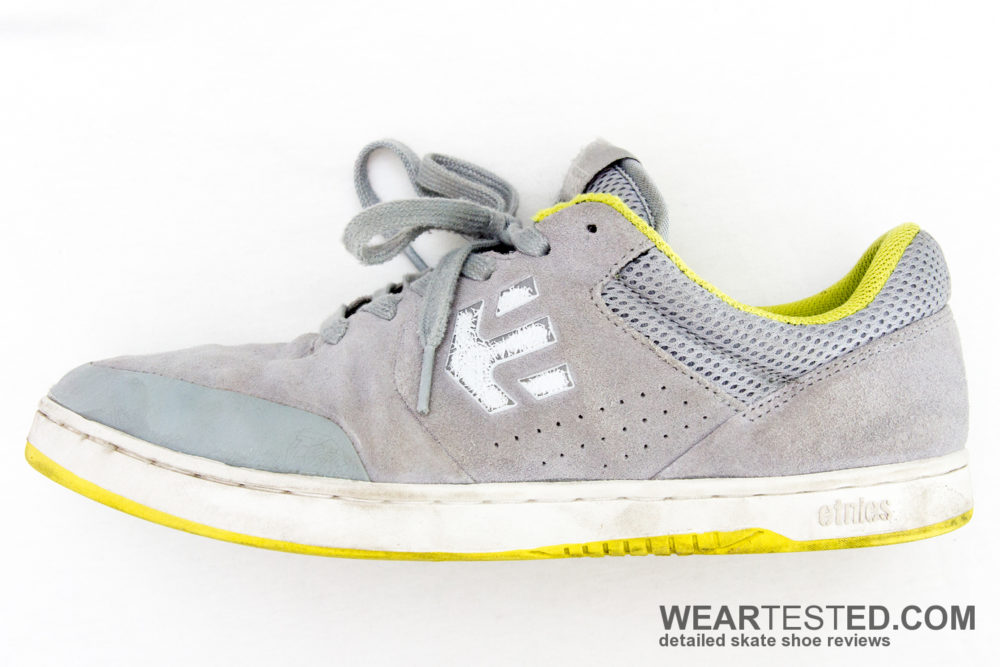 When a new shoe is introduced one year earlier than planned, there must be something special about it. In this case, the public demand for the newest Ryan Sheckler pro-model made this happen, especially after it was crowned as the „most durable shoe I ever skated“ by Ryan himself.

Flashing the red model with the obvious white Etnies logo at various Street League and X-Games events along with the clever use of social media lead to an ever-increasing momentum of hype. As a result, Etnies decided to release the Marana to the public way sooner than they initially planned, and the success proved them right. Weather the shoe can live up to these new levels of hype can be read in the following lines.

Needless to say, the most noticeable feature of the Marana is the toecap. It’s made of a soft plastic-like material and although it may look a little unfamiliar at first, it does its job extremely well. 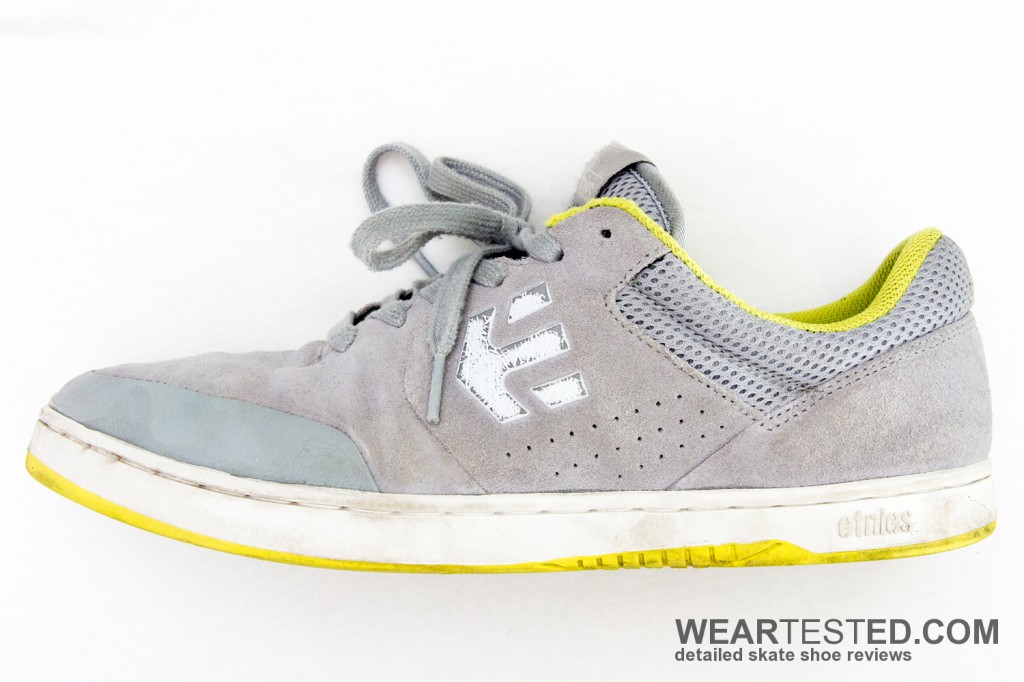 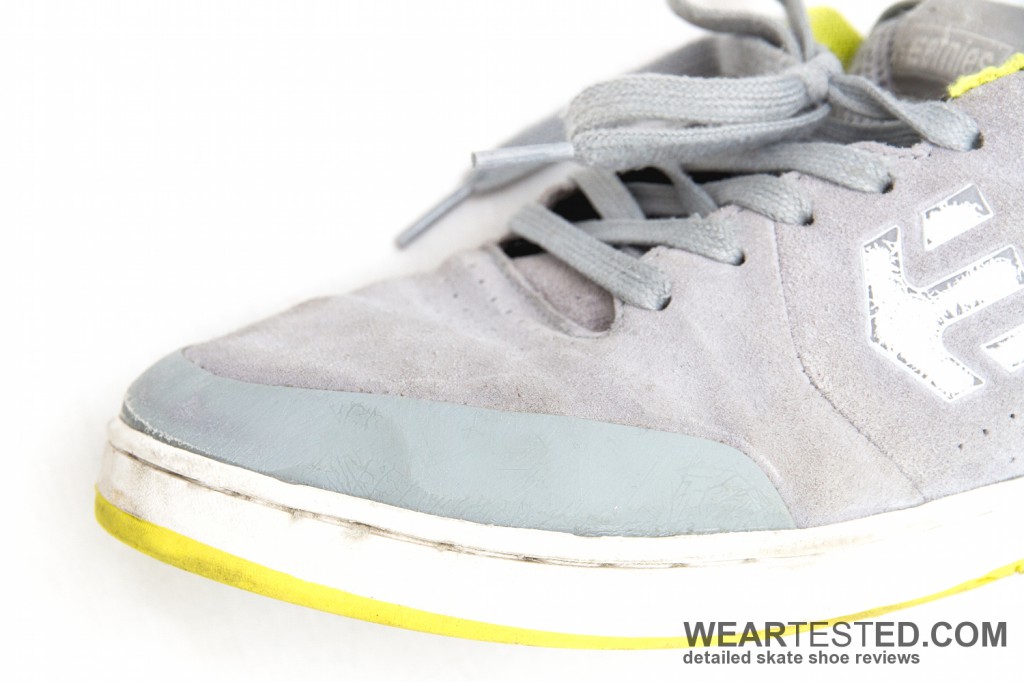 After 10 h of skating, the suede below the cap is hardly visible. This key feature is especially advantageous when learning new tricks and the abrasion takes place in the same small areas over and over again. Other areas of the Marana proved to be very durable as well. The sole shows only few signs of wear and the lateral sidewalls are protected to some degree by the rubbery Etnies logo, which is one of the main contacts of the griptape in this area. Even the shoelaces stayed mostly intact due to the clever placement of the eyelets. The only thing that suffered mentionable abrasion was the mesh-material around the heel-area, which is torn up easy, especially when doing heelflip-variations.

As shown in the cross-section, the Etnies Marana uses a foamed midsole of yellow „STI Evolution Foam“ as well as a „Pro 1“ PU – insole, both innovations of Sole Technology and its STI lab. 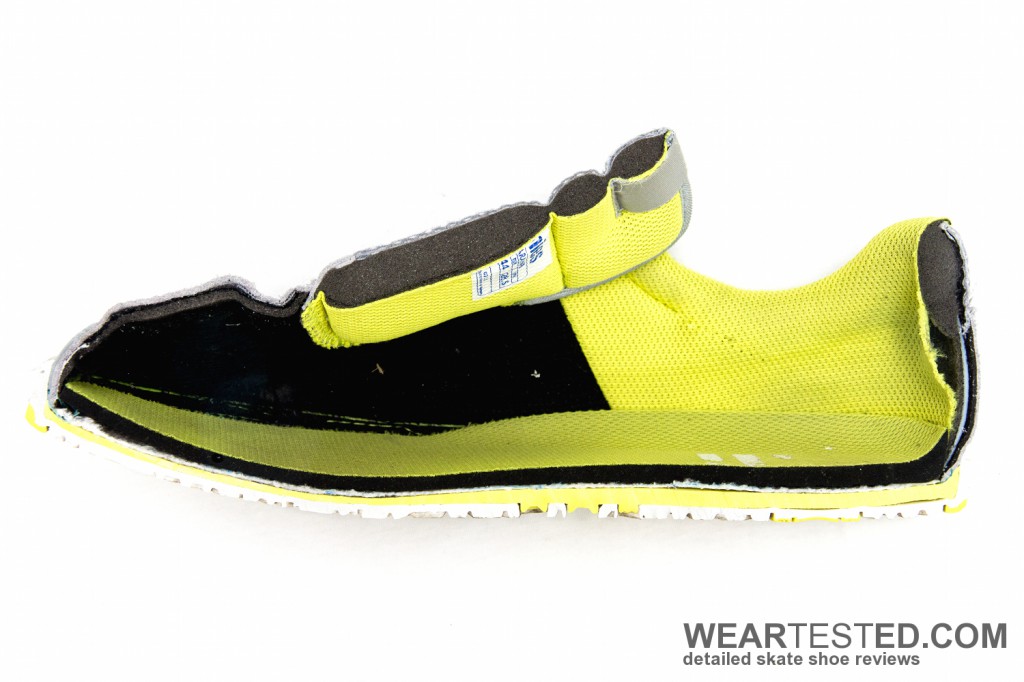 Fancy names for sure, but for good reason since they are actually able to provide a lot of cushioning. Overall the model is build for high impacts and the combination of a dampening midsole with a rigid outsole unit manages to absorb ground reaction forces due to bails very well.

Contrary to belief, the Marana doesn´t feel as bulky as it might seem at first sight. 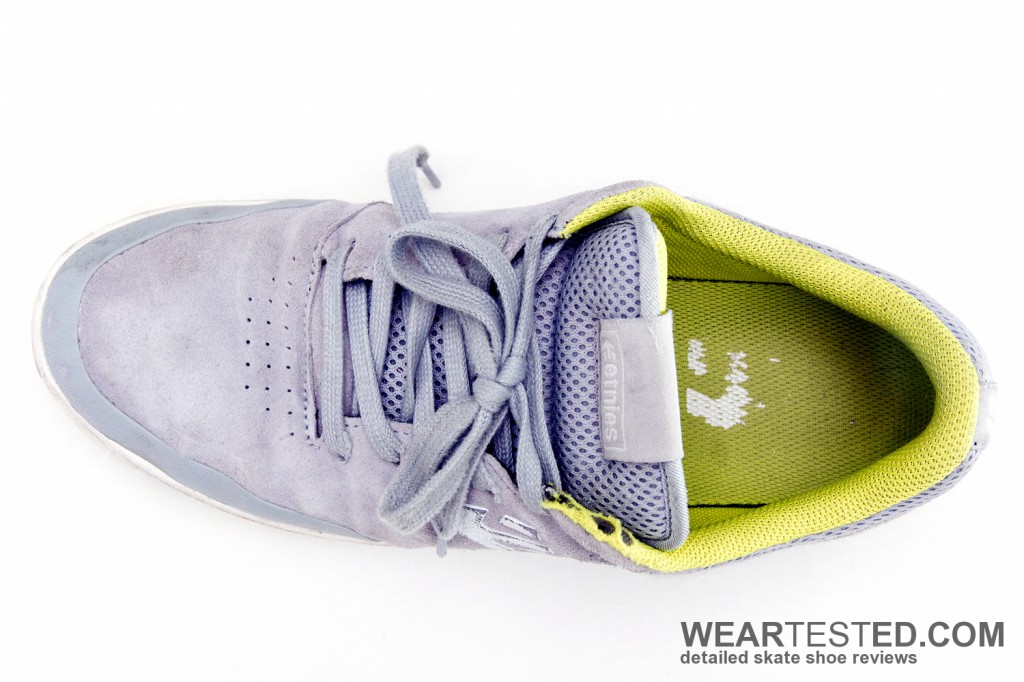 Even though there is quite some cushioning in the tongue and heel area, the contact between foot and shoe still feels close. The shape itself is rather wide, which is great news for people with wider feet that nowadays might have a hard time finding properly-fitting models. Moreover, the broad, slightly rounded toecap provides surprisingly good flick and control.

After examining the shoe’s boardfeel it is clear that the compromise between cushioning/boardfeel resulted in a larger focus on cushioning and protecting the foot. 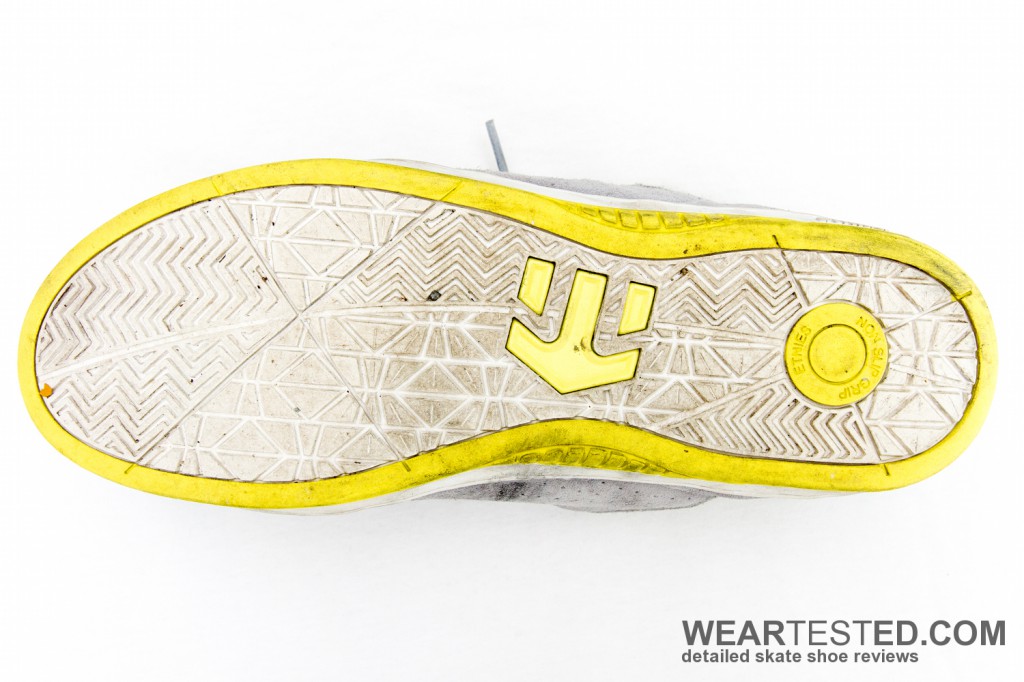 The foamed midsole and especially the stiff outsole decrease the overall boardfeel to some degree. For that reason models with a vulcanized sole are ahead of the race here. However, after some time wearing and skating the Marana, the boardfeel increases noticeably since the sole becomes softer and more flexible. This also increases the grip of the sole since the shoe starts adapting better to the concave of the deck. Again, it can’t entirely be compared to vulc-like standards, but the Marana still provides above-par grip.

The overall craftsmanship of the Etnies Marana is great. The small amount of stitching inside and non-existent tongue-straps make it a very comfortable shoe. The only drawback is that the heel-lock is relatively weak, which means that the shoe has to be tied rather tightly to provide a proper fit without the foot slipping out. This is partly due to the very soft upper part of the shaft, which prevents blisters and increases comfort to some degree, but noticeably decreases the heel lock. The Marana provides a great amount of stability and supports the foot at the most critical points. Even though heel-lock is rather weak, the overall rigid and supportive construction compensates this flaw very well. It is able to provide a very secure feeling while skating due to the stability of heel area and sole unit, especially if you are aiming for bigger gaps.

The Etnies Marana is a shoe that lays focus on durability, cushioning and stability, to some degree at the cost of boardfeel. If you are mainly skating heavy impact spots or are aiming for maximum longevity for your buck, this shoe will suit you well.