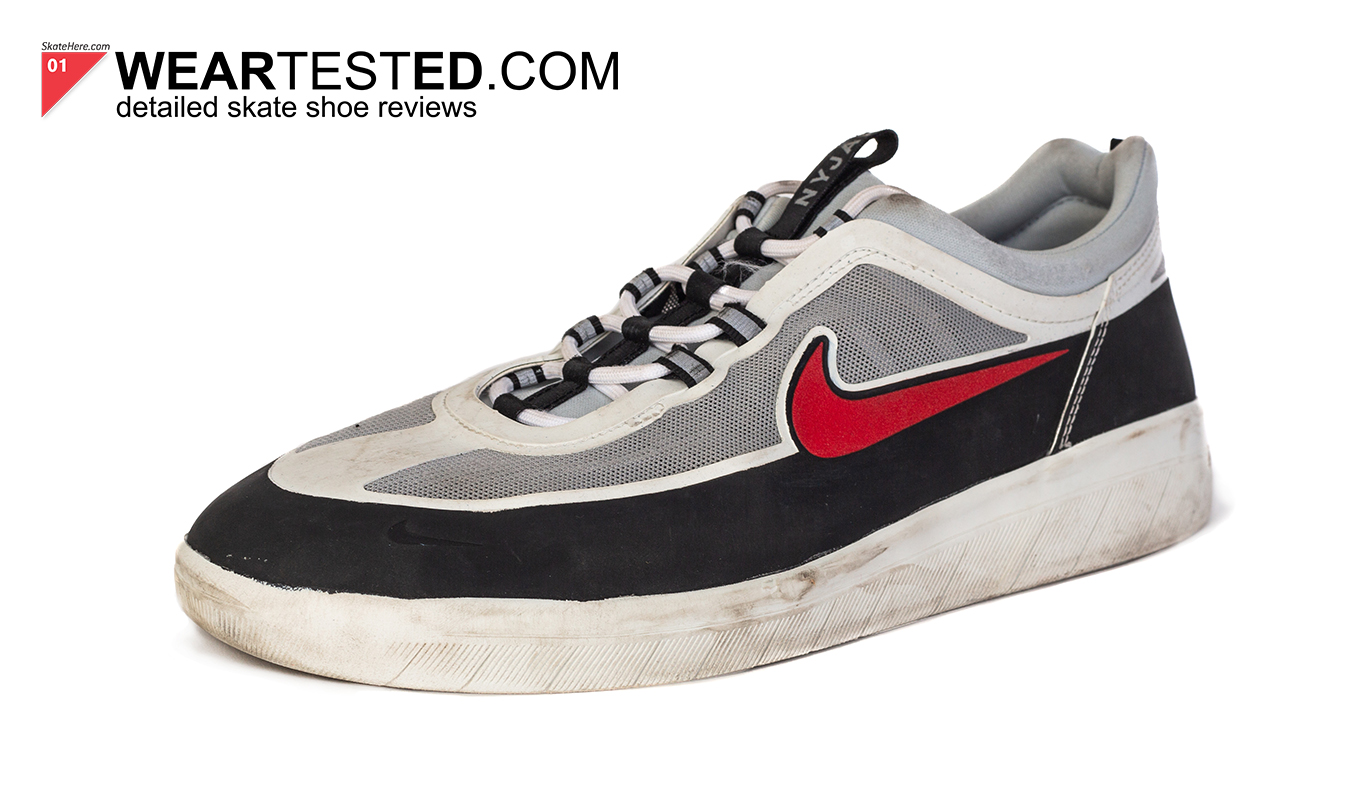 There’s no doubt that Nyjah is a game changer in the skate scene, and as a polarizing character with love and hate on both sides of the spectrum, one thing’s for sure: Nyjah fucking sends it. He’s been destroying since the early days on Element, and he’s evolved into one of the best skaters in the world with 10 Games Gold medals under his belt, solidifying his spot as a top contender on the U.S.A Olympic team. There’s been many era’s of the Nyjah we know, and currently, he’s taken on more of a role within social media, engaging his audience through Vlog’s, insane iPhone footage of him destroying handrails in lines, as well as skating over lambos and pretty girls. His newest shoe marks a new era of his Nike SB Nyjah product line, that was planned in conjunction with his appearance at the first ever skateboarding 2020 Olympic Games, which was unfortunately postponed by COVID-19. With that said, have a look at the review. 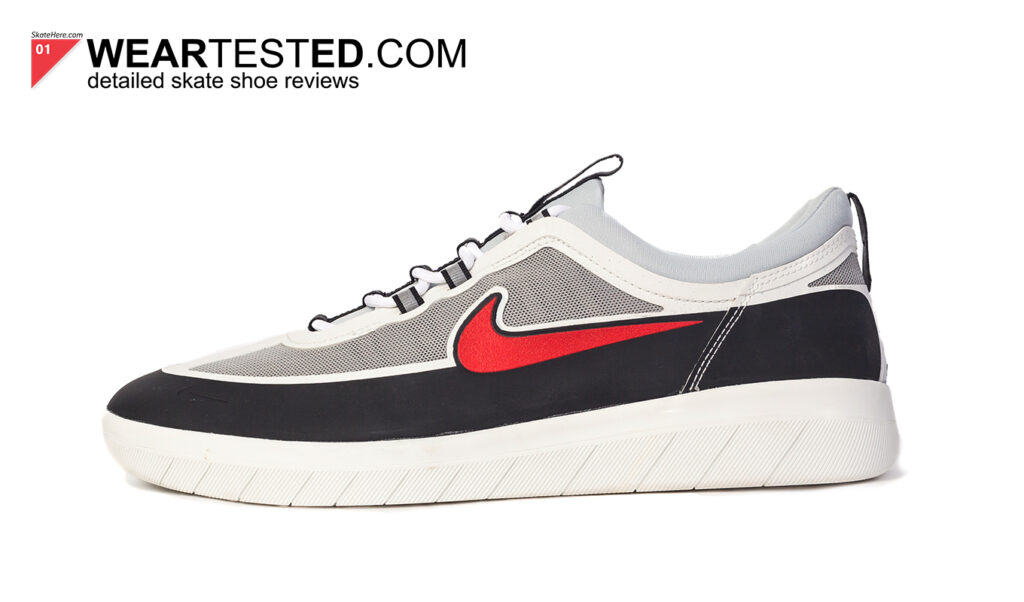 The Nyjah 2’s upper is a 360 construction featuring a sandblasted rubber compound and added mesh panels; the shoe’s durability was extremely surprising. At first glance, the rubber compound that surrounds the shoe seems a bit skeptical for the suede/canvas shoe skater, but Nike and Nyjah chose the rubber compound specifically to enhance the durability of the model and extend the shoe’s lifespan. After ten hours of skating, it was obvious that the upper held up very well with no signs of wear; and seemed that the only element of the shoe that would give out first would be a gradual tear through the lining between the shoe’s outsole and rubber compound. The sandblasted rubber compound extends through all possible flick points of the shoe, and is fused together, instead of stitched together, which leaves almost no critical points of stitching open for the grippe to break through. One great design feature is the first pair of hidden eyelets beneath the rubber compound, that prevents your shoelaces from ripping after doing higher ollies/kickflips that require more dragging on the griptape. The durability of the shoe was one of the biggest highlights of skating the Nyjah 2’s. 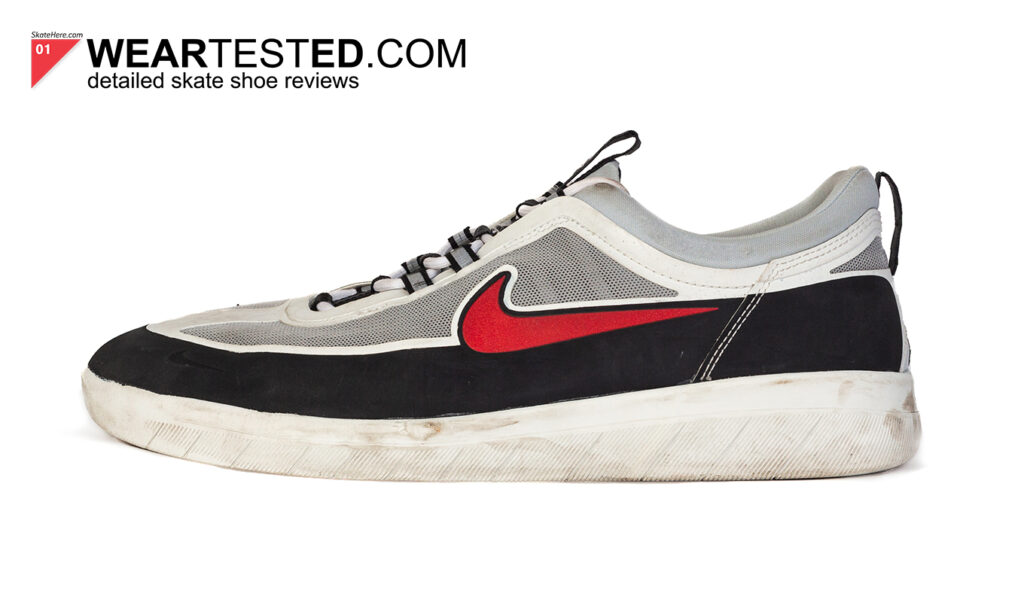 The shoe features a cupsole construction and is designed to withstand the huge impacts that Nyjah himself faces when skating big handrails and sets. A lot of skate shoes add impact support in the sockliner, as it’s the most direct-to-foot layer of the sole. However after pulling out the Nyjah 2’s sockliner, we were stunned as to how extremely thin it was. After skating a few sets and medium gaps, the cushioning of the shoe did very well, with no impact to the heels whatsoever. The Nyjah 2’s cushioning support is focused around the midsole of the shoe, which features a similar Nike SB “Tristar” midsole found in the Nyjah 1. The Nyjah 2’s midsole actually has a thick separately wedged out component made from Nike Free technology, which is visible from the medial angle. The Tristar midsole absorbs the majority of impacts, which allows the thin sockliner to provide better boardfeel when skating. 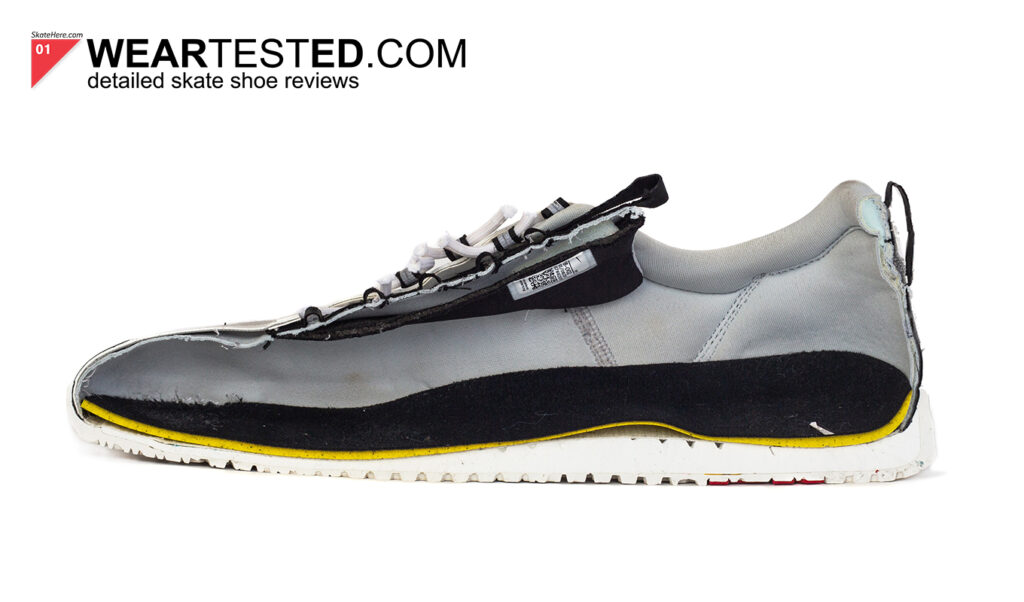 It’s quite interesting to find a skate shoe that has a technical upper similar to running shoes, but adapted with a flat sole, naturally found with skate shoes. At first glance, the slim silhouette shape of the Nyjah 2 seems narrow, and when you look down at the shoe, it looks like it’s an athletic shoe with a pointed toebox. After putting on the shoes, we found that the shoe was quite spacious, even for those with wider feet. 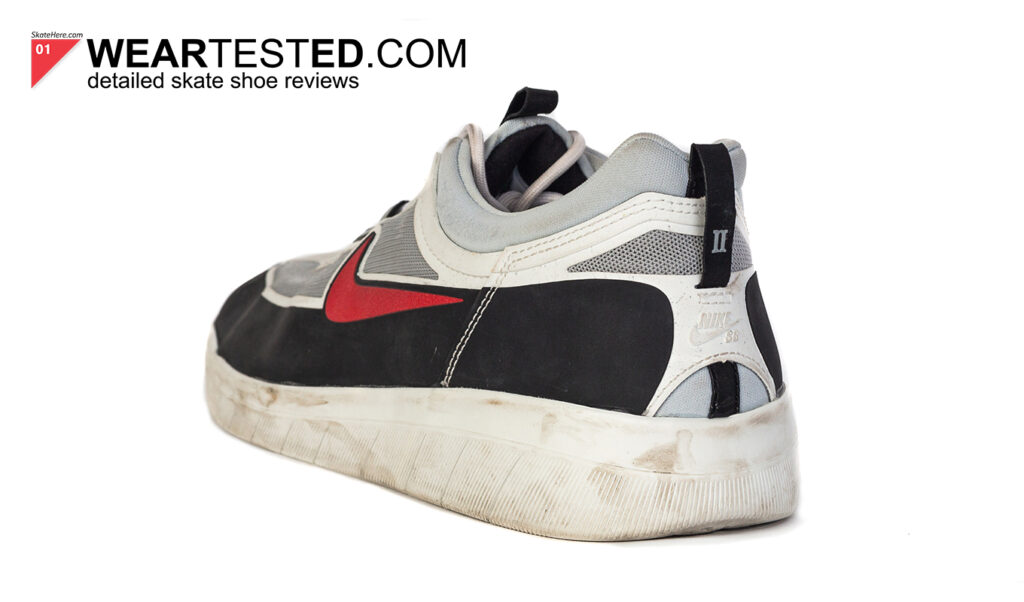 As mentioned earlier, the shoe’s sockliner was extremely thin, which served more as an element to enhance the boardfeel of the shoe. The Tristar midsole wedge also ends where the forefoot starts, so the compound used in the forefoot area is more compact and direct, allowing the foot to gauge the concave of the board better. For those used to skating suede shoes, the grip of the Nyjah 2 will take some time getting used to. The rubber compound will seem a bit slick at first, but does break in better when combined with the grip of the outsole for flip tricks. The sole of the shoe also features the signature Tristar tread, and has added traction support in certain critical areas, where other areas are focused more for flex. 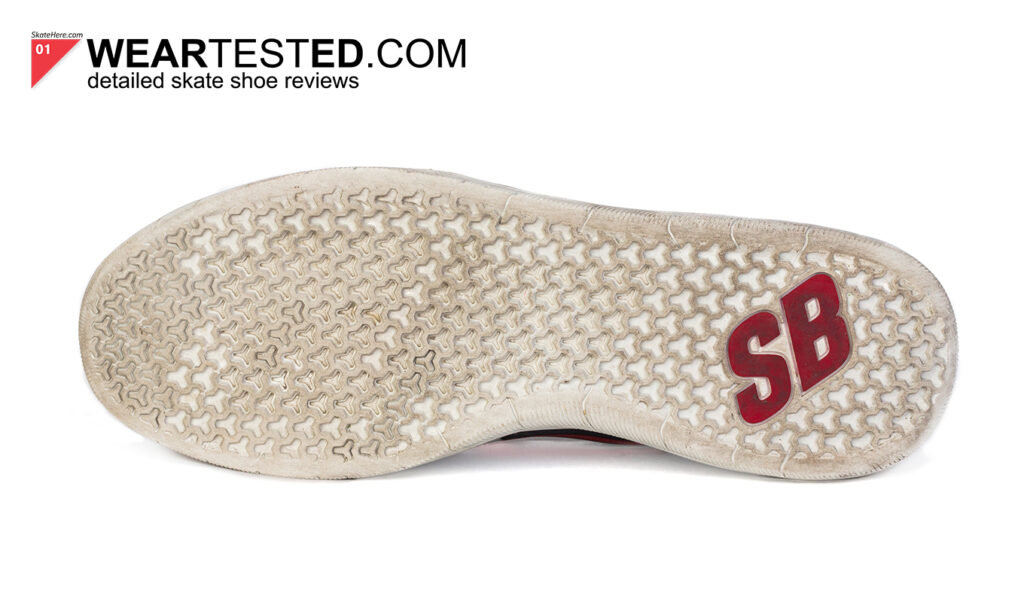 The comfort of the Nyjah 2 was above average. The inner construction of the shoe features a padded heel collar and neoprene lining, that helps wick away sweat and almost provides a bit of a cooling effect for the feet. We always complain about the breathability of shoes as well, but the Nyjah 2’s overall design showcased the importance of breathability as an element of comfort when skating. The shoe features elongated mesh panels on the forefoot that allow heat to escape from the tops of your feet. It seemed a bit daunting to leave the top of your feet exposed, but the mesh panels didn’t sacrifice structural stability, and helped immensely to let hot air escape when skating during the summer. The rubber upper of the shoe and heel area of the shoe held up very well during the weartest, providing structure and support when pushing and landing tricks. The design elements of the shoe’s upper also helped reduce the weight of the shoe, which made the Nyah 2 a light, and flexible shoe to skate in. 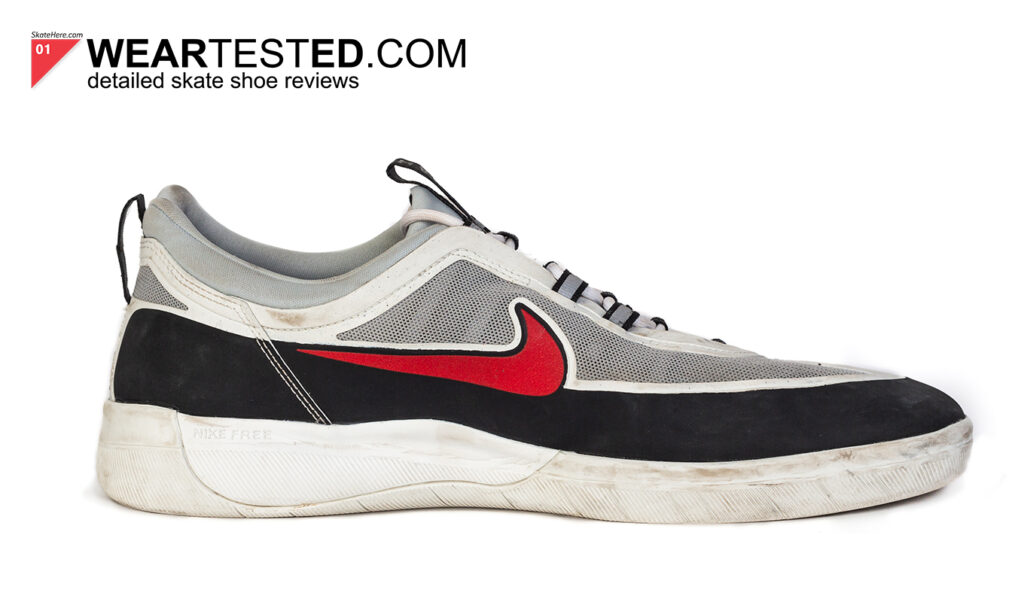 Priced at almost a 100 bucks, the Nyjah 2 is absolutely a shoe that gives you what you pay for. The shoe is exceptional in terms of durability, board feel and comfort, but grip, shape and cushioning could use some more tweaks for the perfect model.