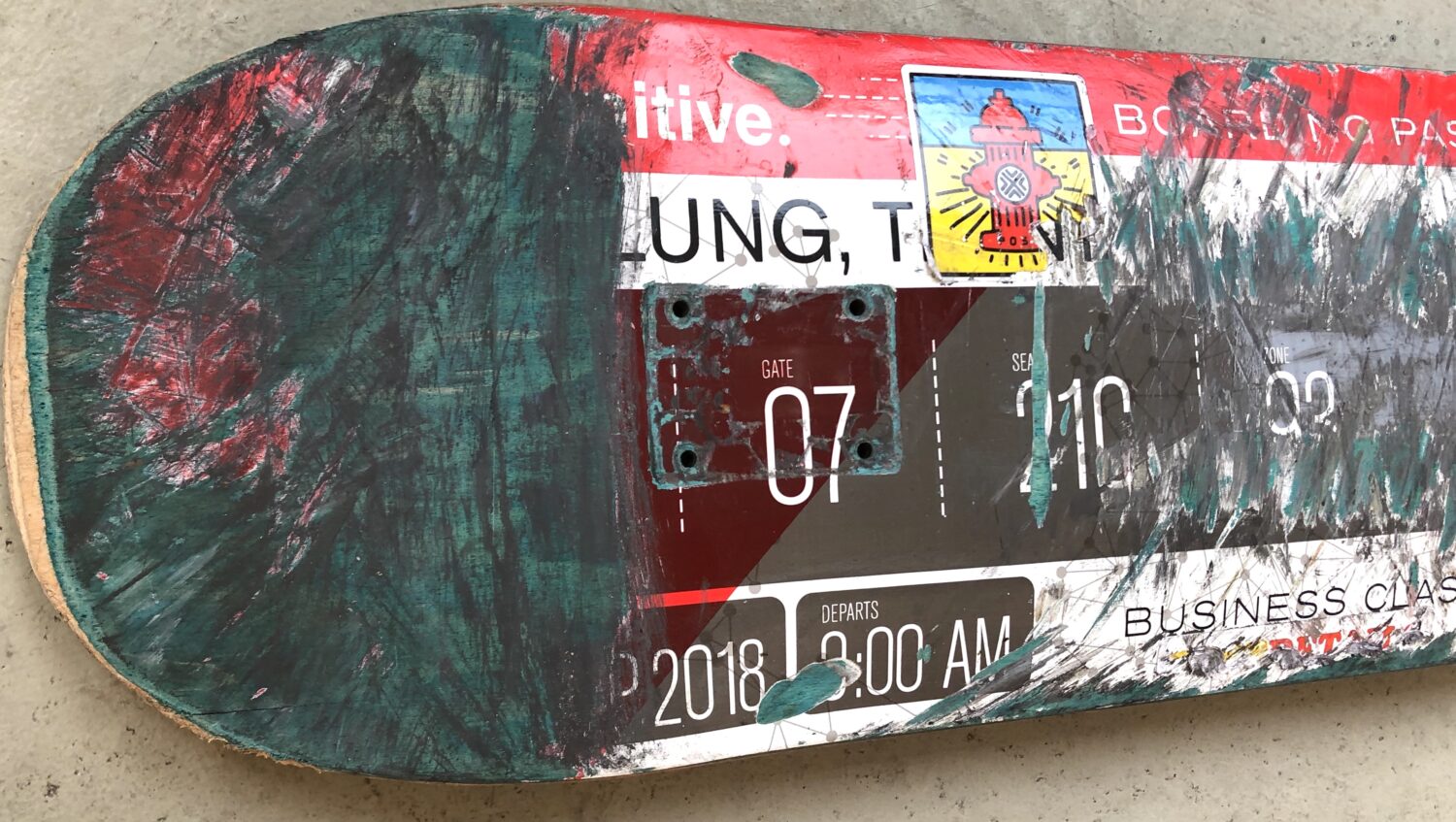 When P-rod left his long time sponsor Plan B skateboards in 2013, the world was buzzing on his next move. Fans and skate-heads alike were asking which board company had talked a sweet deal to lock him down. Yet in 2014, P-Rod announced the start of his new brand and company, Primitive Skateboarding. As someone who keeps a professional demeanor in interviews among sponsor loyalty, company changes, and personal perspective, it would be safe to say that Paul didn’t jump the gun on creating a company; he’d put thought into it and had reliable partners to make his vision happen. Fast forward six years, Primitive Skate is one of the top brands in the skate industry with one of the most eclectic teams, including Carlos Riberio, Tiago Lemos, Miles Silva, Trent Mcclung, JB Gillet, Franky Villani, Wade Desarmo and Brian Peacock, to name a few. Now with such a top-tier team as this, the tour and promo videos they’ve released are not only a testament to the skills each Primitive skater showcases in their parts, but also speaks volumes to the quality of the decks that are withstanding the wear, tear and impact during filming sessions. Not to mention, the graphics and collaborations released by Primitive over the years have also captured the attention of the skate world. It’s not often that we’re approached by skate companies to test the skate deck technology, but when Primitive hit us up for a test, we were more than eager to see how the decks lasted after watching their latest „Encore“ video. Read on below to see which deck we tested and how it worked out.

Skateboard hardware is exposed to extraordinary stresses and strains, especially when it comes to the skateboard deck itself. Thus, there are deck innovations and technologies that are developed with the promise to improve the lifespan of a skate deck. Now the industry standard, seven wood layers of North American maple have proven to be the all-purpose weapon. Most top technologies of the past, such as the use of special adhesives, various materials and new production processes, have slowly disappeared from the scene – a classic 7-ply deck will always be the tried and true staple of skate deck technology.

We have tested two Primitive 8,25 deck – one Wade Desarmo and one Trent Mcclung. One huge positive is that Primitive shows a clear sizing on their website which helps skaters compare it to the previous boards you have rode and also helps with possible adjustments to your foot placement. 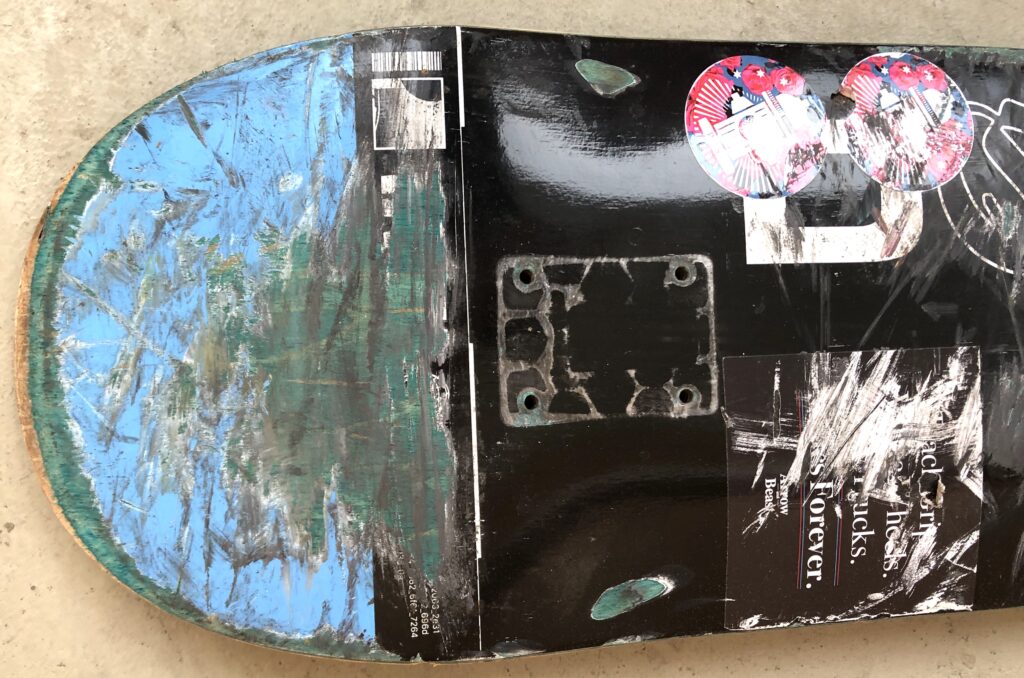 Usually the complete set up plays a role in the way how hardware performs, especially with the shape of a board, height of the trucks and size of the wheels. For instance, a low truck and wheel set up results in a rather snappy pop. This specific test was done with Thunder low trucks and 52mm wheels. The decks we skated have a rather mellow concave so with the complete set up, the boards felt close to the ground which created a stiff and responsive feeling. 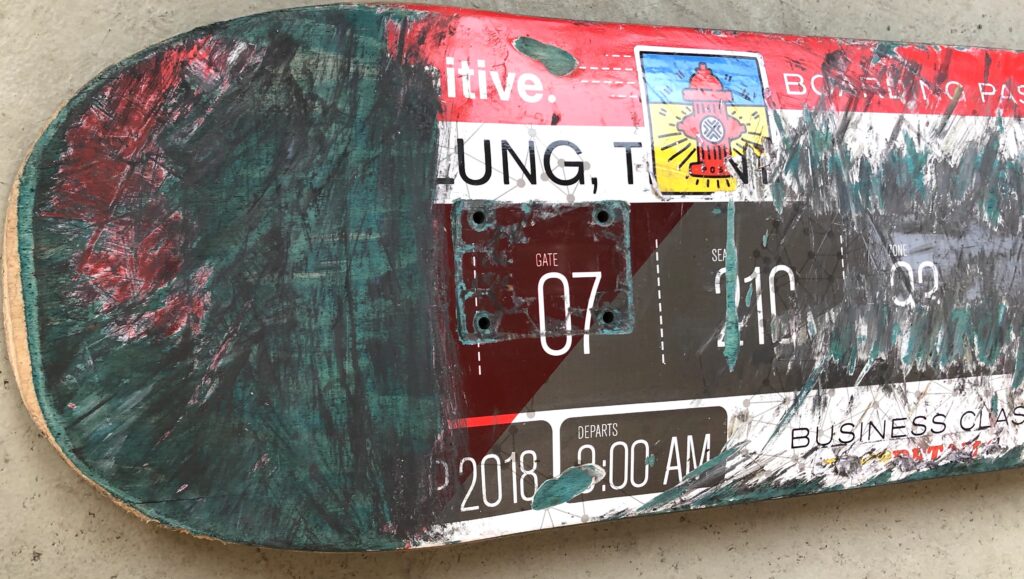 Overall, the stiffness of the deck is from the start noticeable. When you stand on the mounted deck it is clear that it stays quite rigid and doesn’t flex immensely. This rigidity also makes itself felt when you land a trick, as landings feel less cushioned. The pop for tricks as a result of the from the rigidity is quite significant, there’s a particularly clear sound of the pop, which is, very clear and loud.

Over time decks lose its stiffness – it’s just a matter of time. We have noticed that even with inaccurate landings of the nose or tail, decks stay longer, stiff and still maintain their pop, which isn’t the case with many decks. Aside from the stiffness, decks also tend to lose their concave form over time. The  Primitive decks were tested over multiple weeks and the concave, especially in the nose and tail area, showed a good durability, with no apparent flattening even with consistent tricks done over the first few weeks.

With regards to quality, we have noticed some chipping on both the top and bottom layer of the deck. But come on, it’s a skate deck, this should happen after skating it for a few weeks. 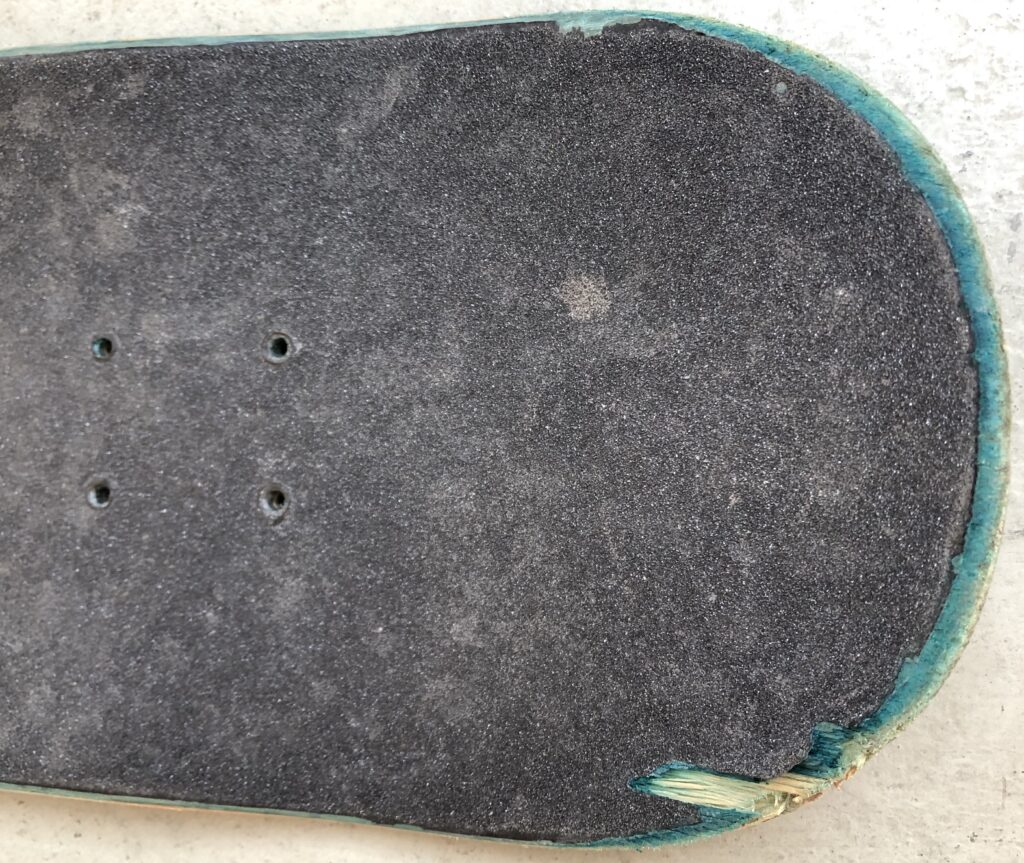 All in all, the first impression on the Primitive decks was their rigidity and pop; this was great for skaters who like doing technical flatground and ledge tricks.  The most noticeable was that the concave of the deck didn’t significantly decrease over time, as it does with other decks. There’s a reason you don’t re-invent the wheel, and in this case, the classic 7-ply used by Primitive proves to be a reliable option for decks.