Last Thursday I was invited to the launch event of the Omar Salazar pro model by Nike SB in Amsterdam. The invitation came kind of out of the blue, I got a call a week before from Pascal Schmidt who takes care of Nike SB in Germany if I wanted to come and of course I couldn’t refuse that offer! The following pictures should illustrate a bit what went down during that day.

This was the hotel in Amsterdam everybody was staying at. The invited people where retailers, team riders and press from all over Europe, plus a US delegation that consisted of Hunter Muraira, Daryl Angel, Justin Brock, Cory Kennedy and of course Omar ( I hope I didn’t forget anybody…)

When I entered my room, some more information was waiting for me plus a ticket to the party, a map and some recommondations where to go while in Amsterdam.

Since I still had 2 hours until the first official date of the scedule, I walked around for a bit and tried to see as much of Amsterdam as I could in such short time. 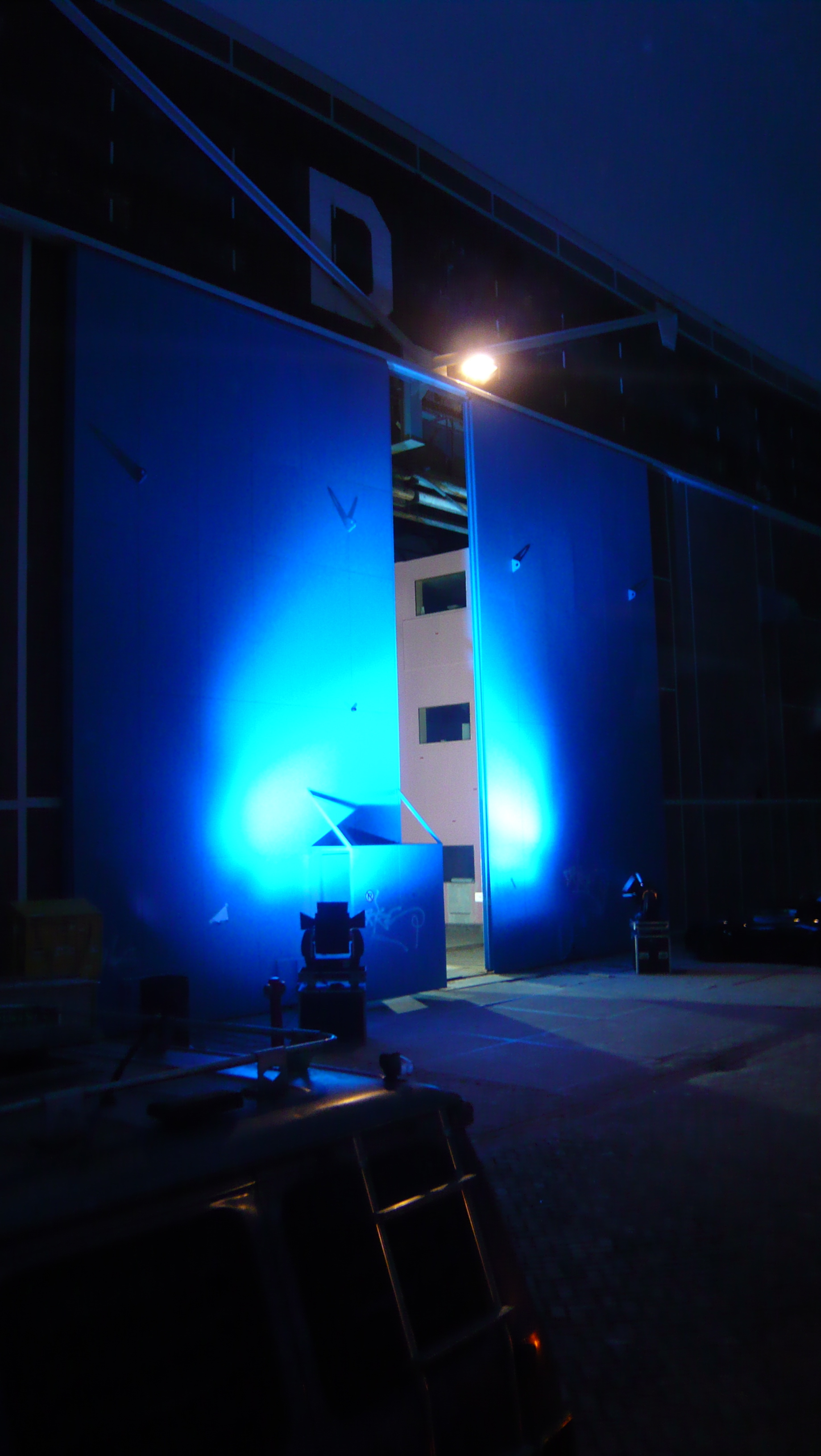 When we arrived, this hangar-like blue illuminated door was waiting for us. After it slowly opened under the cheering of the crowd, the whole bus entered the building and everybody left the bus and was going through a tunnel that looked like the place the ads for Omars new shoe where shot.

In the space station or whatever you want to call the room at the end of the tunnel, Omar Salazar and James Arizumi, the designer of Nike SB where waiting for us. Once everybody got a seat, they started a very interesting presentation about the technology the shoe features and the whole process of developing Omars pro model, from the first drawings and sketch book pages Omar did until the final product.

Afterwards everybody entered the skate park that also fitted the whole outer space theme. Unfortunatelly my camera had a hard time handling the light situation inside the building, so most pictures didn’t turn out too good. At the end of this post I have a link list to sites that feature some nicer pictures though.

Everybody got a pair of Omars new shoe to test and shortly after that a great session with the Nike SB Euro and US team started.

Of cause Nike took good care of the invited people with free food and drinks. The guy above prepared ice cream sticks with frozen fruits wrapped in vanilla ice cream and chocolate coating with the help of liquid nitrogen.The warning “Please don’t start eating before it stops smoking” made my day.

After getting to know interesting people, some great conversations and watching the crème de la crème of European and American skateboarding, we went back to the hotel to hit the shower and get ready for the party, which was just across the street. As you can see it was pretty crowded and with an open bar a great night was guaranteed.

All in all it was a great day that was totally worth the journey! I got the chance to get introduced to many interesting people, I saw a lot of my favourite skaters skating a great park and on top of that all in a beatiful city that I’ll definitely visit again. With all the info I got about the Salazar I’m sure the review in the next Place Magazine and here on weartested.de will be a great read!

Thanks to Kaspar, Bjorn and Agra of Nike SB for the great event and for inviting me, to James Arizumi for his time and patience to answer all my hopefully not too annoying questions, to Martin Ottosson for being a great room mate and basically everybody else I got to know during that day.

For more coverage of the Salazar weartest and also the demo during the next day, have a look at these links:

And to answer one question right away: No, the invitation won’t affect my review. I will still review the Salazar as objective as possible, eventhough I got invited by Nike to this event. Most probably I will criticise it even more strict so there’s no way anybody could say I was influenced…