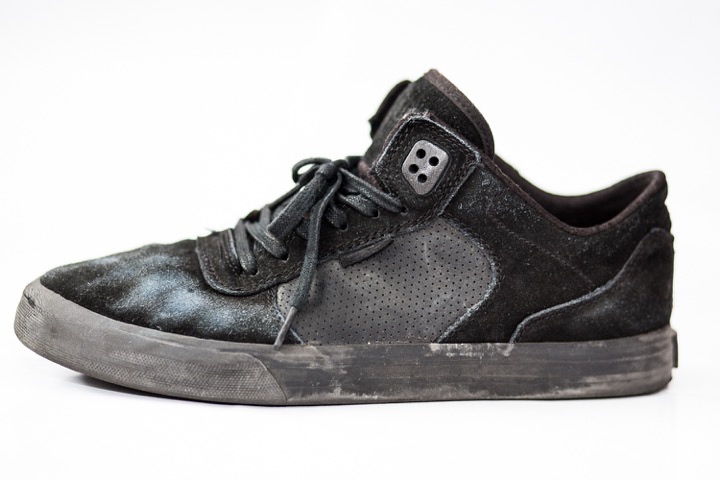 Supra has had some mixed publicity lately, mostly because they, along with Kr3w, have recently been acquired by K-Swiss. While its not that uncommon amongst skate brands to have investors, it can be sensed that skaters are a bit wary. On the other hand, Supra has been pushing core-skateshops with their exclusive CrownCoalition program for quite some time now, which is a well-respected move on their part. The program basically consists of 250 core shops that get access to exclusive Supra special edition models.

The newest addition to this program is the Supra Ellington Vulc. While Erik Ellington’s regular pro-model is a athletic inspired cupsole, its designer took a rather blunt approach with this model: simply cutting off the cupsole and adding the Supra Cubas vulc sole. A rather interesting approach, and quite fitting for Ellington’s approach to skateboarding itself. But when it comes down to it, how does this modular concept actually skate? Lets find out. 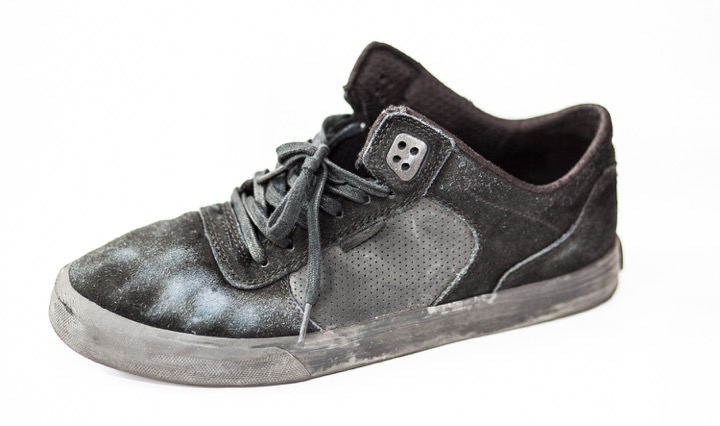 The Supra Ellington Vulc fits true to size, but a bit wider than most shoes. It’s best to try them on at your local skateshop first.

The Ellington Vulc follows suit with modern design-standards and features a one-piece toecap, with the thicker vulc sole offering some extra protection from griptape. Thanks to this design, most of the flick-abrasion didnt rip the usually occuring hole in the toecap but instead happened at the rather thick vulc portion of the outsole. Also, a little plastic layer under the toecap itself offered extra durability. Laces were well protected, no sign of wearing out here. However, with the mid-top design, the upper laces took some abuse and the shoelaces fraying was a bit more noticeable. If you laced them all the way to the top, theres a higher chance that the laces will rip there. The sole itself held up surprisingly good, especially since it was really soft (we expected a mid-top to be much stiffer) and grippy. Previous Supra model’s vulc soles go bald much faster, but their grippiness lasted til the end. One thing that might lead to some problems later on was that the mesh inside the heel area started to rip, which could lead to some pressure sores later on. Overall, durability was better than expected for such a rather soft vulc shoe. 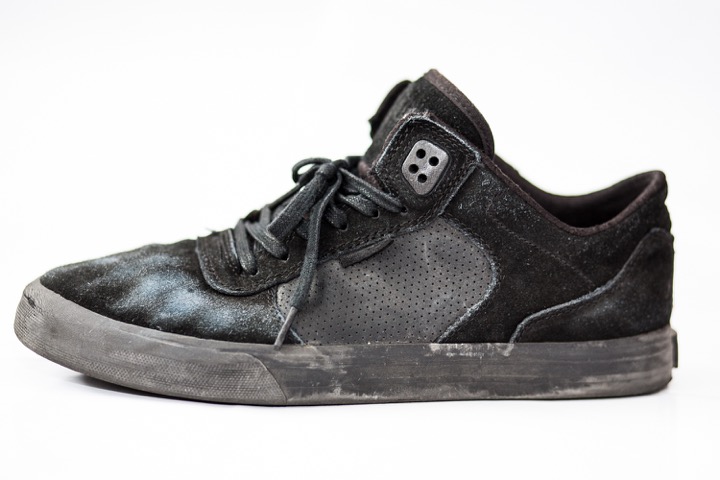 The Supra Ellington Vulc features a rather simple sole construction, without any major cushioning technology. It protects you from weak impacts, but jumping down 15 stairs clearly wasnt the main intention of this shoe. The Suprafoam footbed kept its shape and did its job fine, but still, major impacts will be felt when skating this shoe (you might wanna check out the cupsole model for those giant stairs). 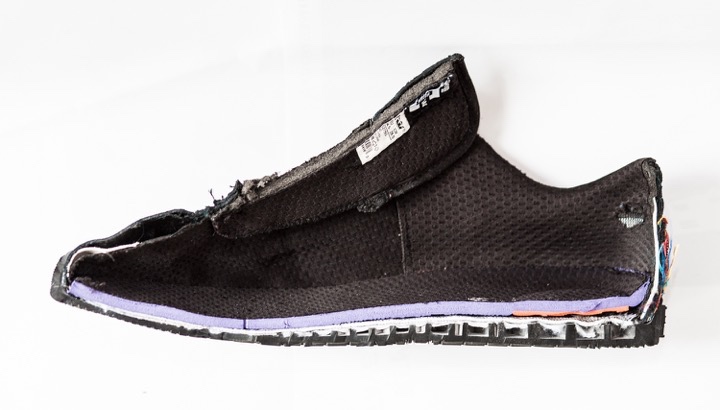 The Ellington features a classic shape, maybe a little bit wider than some shoes on the market. The shape of the toe-area makes controlling flip-tricks easy, even though it might take some flips to getting used to flicking with the sole instead of the actual toebox. But after a few flips you wont notice it anymore.

Boardfeel and grip, these are clearly the prime features of the Ellington Vulc. The flex of this shoe is much softer than expected for a midtop-model. This, in combination with the really grippy sole makes sure that the shoe molds perfectly to the shape of your board. The grip didnt take any break-in time and stayed pretty consistently grippy all throughout our testing time of 10h. 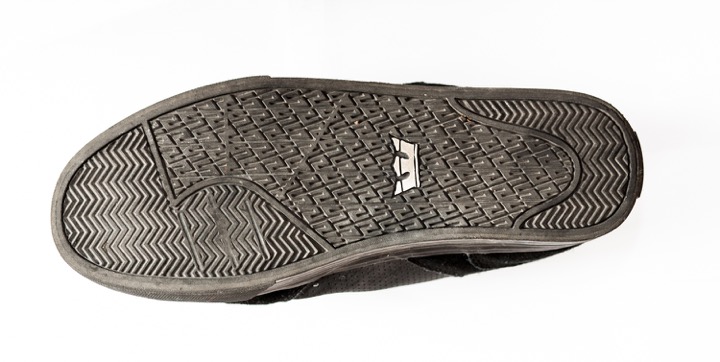 As already mentioned, the Supra Ellington Vulc features a rather soft construction. Maybe even a little too soft for a mid-top. Towards the end of our 10h test, the shoe didn’t lose its shape but started to get a bit too soft. This might be a problem if you have really slim feet. It seems that the upper, whose original design was to be supported by a cupsole, lacks a little support when comined with the super-soft Cuba vulc sole construction. This might be annoying, especially when jumping down bigger stuff. Stability also suffers a little due to this super soft design. The strangest part is that sometimes it kind of feels like your heel slips, even though it doesnt. With that said, that may be due to not lacing the shoe all the way to the top. It seems exactly like what is promised: simply combining 2 shoes into one without changing or adapting anything. We would have suggested to improve stability of the upper. 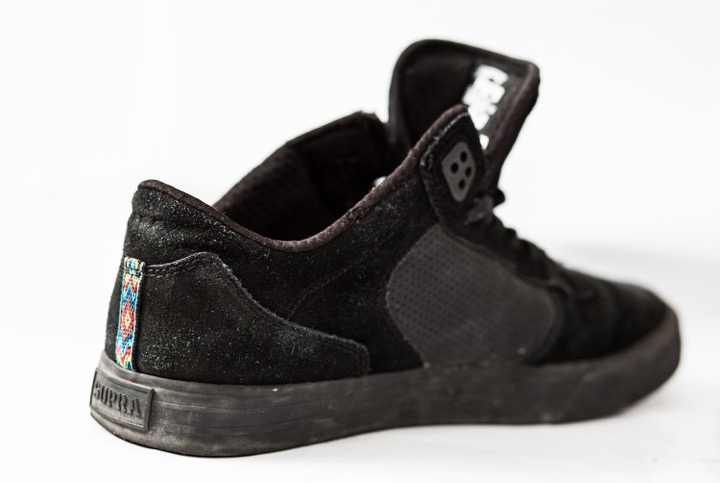 The Supra Ellington Vulc is a soft mid-top vulc shoe; strengths when it comes to boardfeel and grip, but could use a bit more stability. We suggest this shoe for low-impact skating, especially if you have a little wider feet.