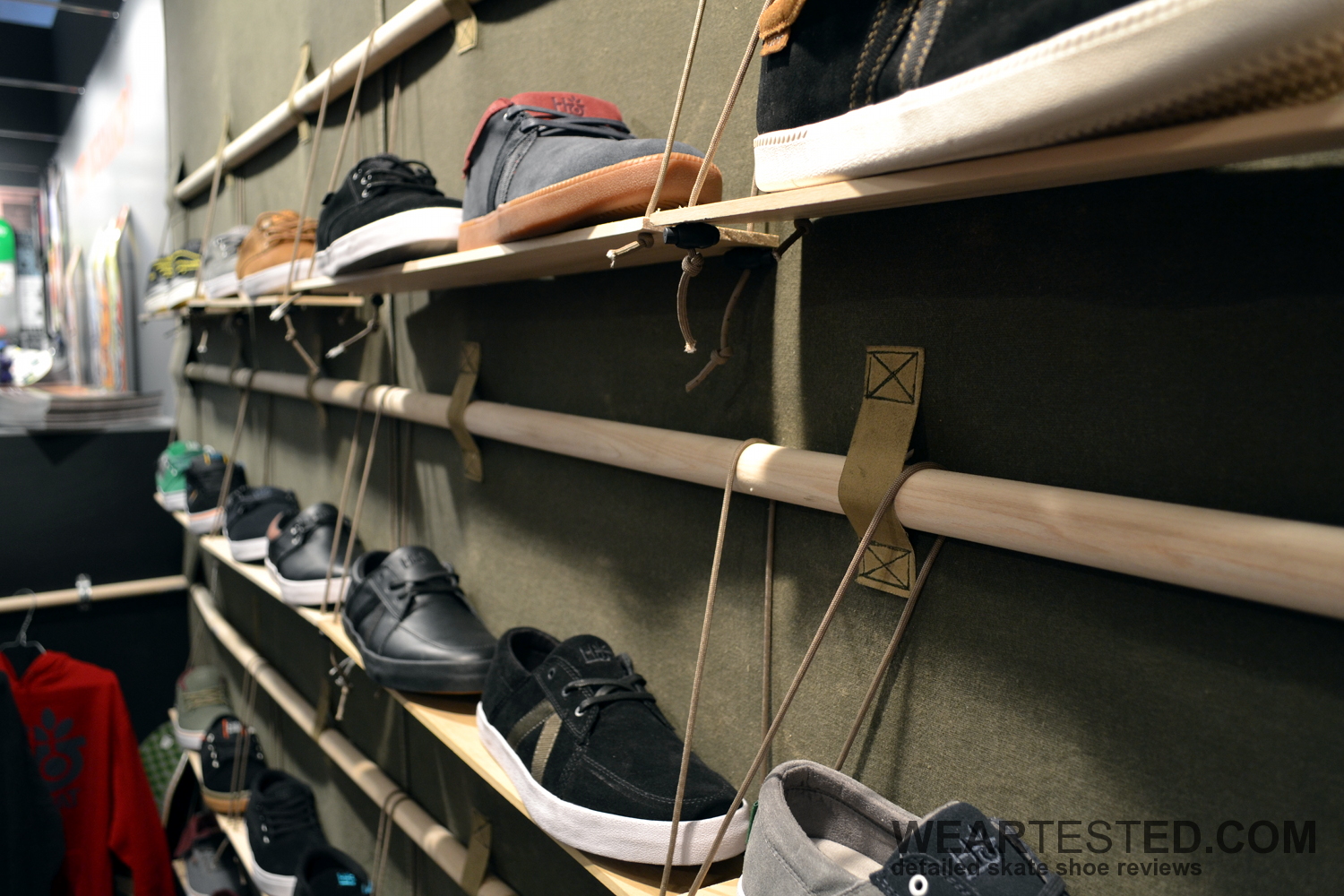 Every year in January, Skateboard-Europe meets at the Bright trade show. After years in the former Stasi-building in Berlin they moved to a new location for this year’s spring iteration. The “Alte Münze” building was well-received, although it was a little tricky to orientate yourself at first.

Unfortunately key-brands of recent years didn’t have a booth, such as Nike, Converse, Etnies…as a result they won’t be covered in this recap. However, here are a few impressions as well as personal highlights of the companies that attended Bright. We will start with Habitat and HUF footwear, two younger companies that are able to claim a solid piece of the skateboard footwear cake for several seasons now. Check back for part II and III and more Fall 13 footwear of brands like adidas, Vans and Lakai later this week.

Following the successful and aesthetically grown up skateboard department, Habitat footwear is cementing their existance with new silhouettes and – besides adidas – the best colorways in the business. Austyn Gillette will have a second pro model coexisting with his first vulcanised shoe, the AG, and the relatively new Kerry Getz signature shoe looks solid as well. 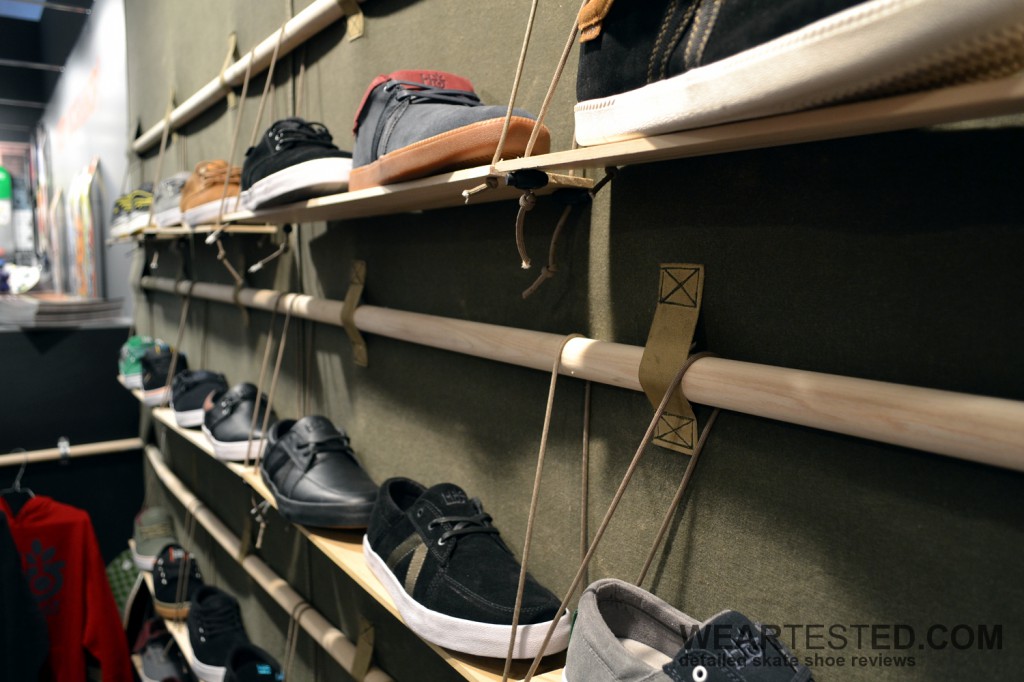 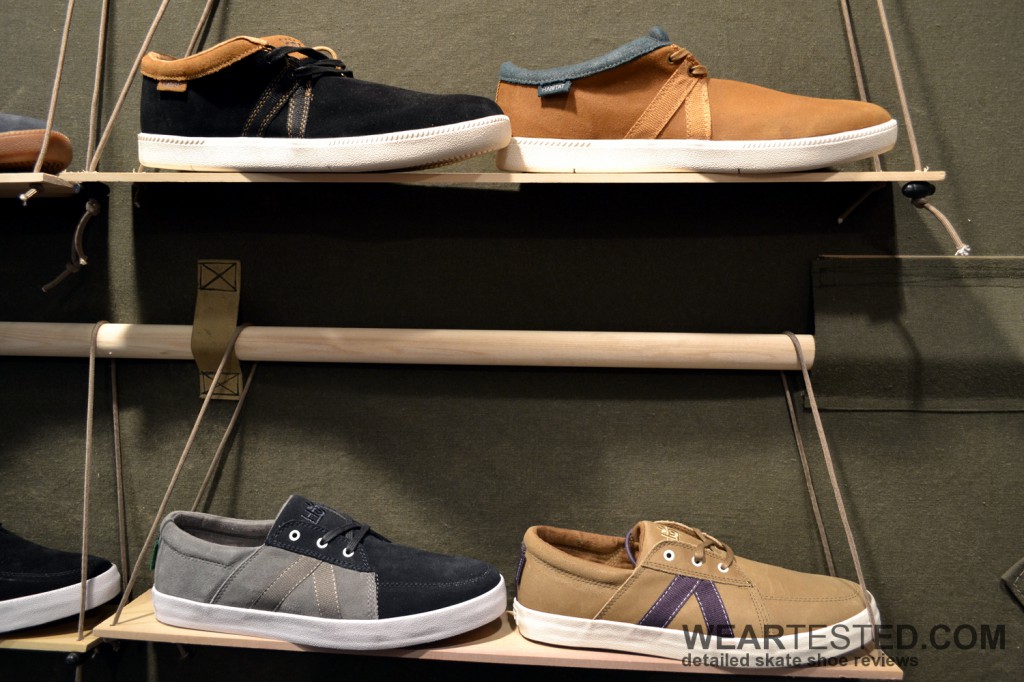 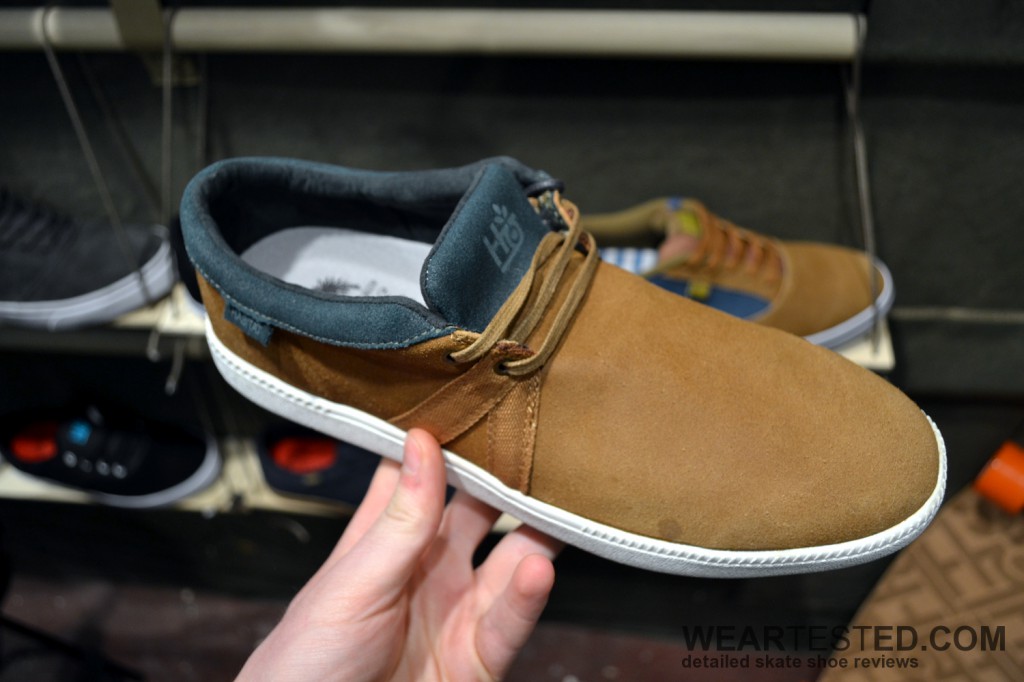 The Habitat AG, Austyn Gillette’s 2nd signature style. The lacing is pushed far towards the heel, so the laces shouldn’t break. It features a very thin and flexible cupsole construction that should offer outstanding boardfeel. One of our favorite colorways of the trade show. 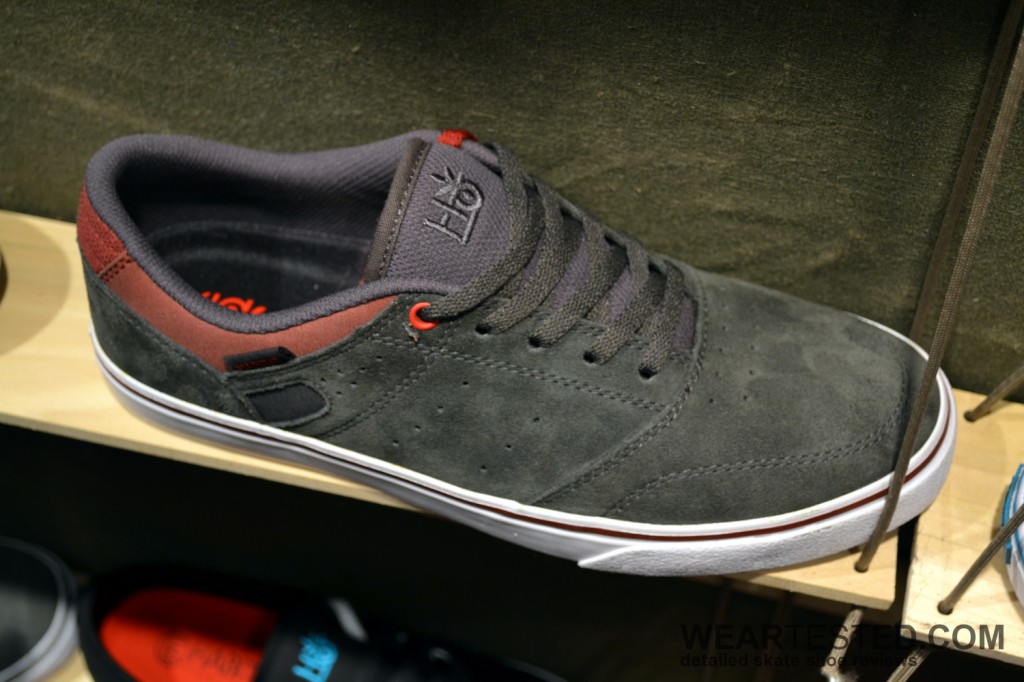 Hand in hand with the very successful HUF apparel, the footwear division gains more and more momentum. The young company’s success is based on daring design that takes elements of classic silhouettes and mixes them up to something fresh, not just a blatant copy. An example is the reworked and improved Vans Old Skool sibling Southern with the leather patch that we reviewed. For Fall 2013, they will realease new colorways of models such as the Joey Pepper and will introduce the Peter Ramondetta signature style that features a unique toe box. They also keep pushing the lines with a hiking/running hybrid that apparently prebooked very well. 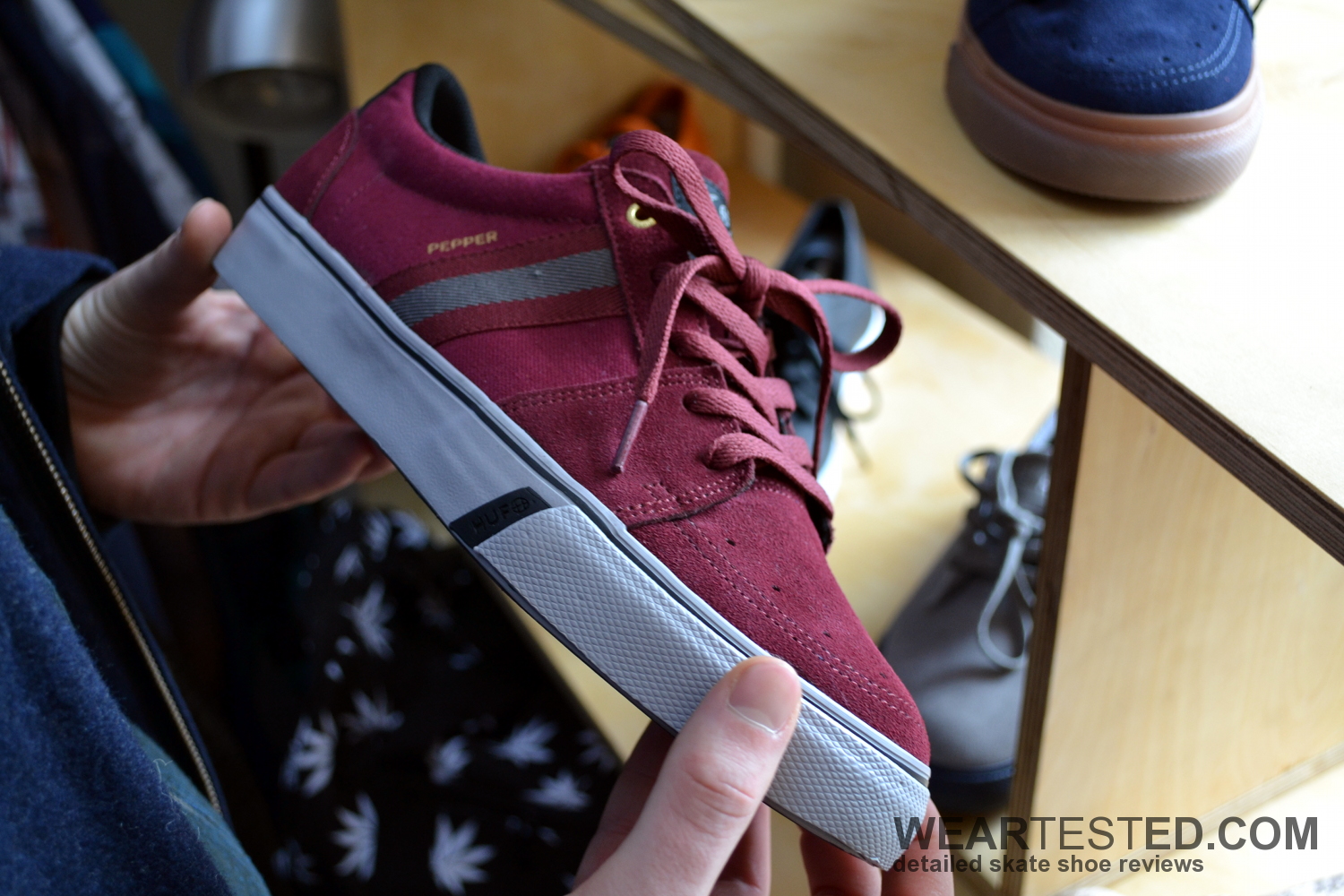 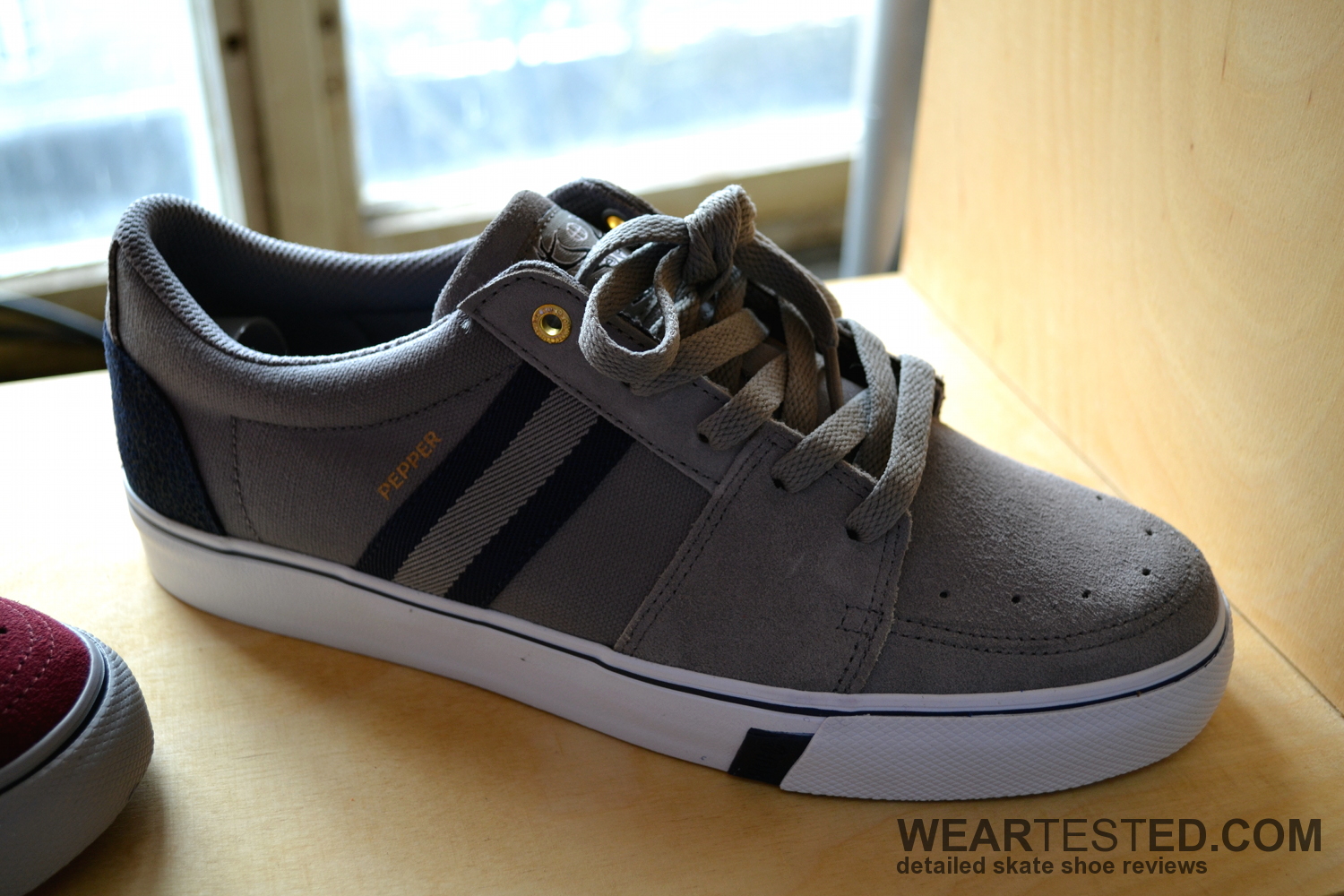 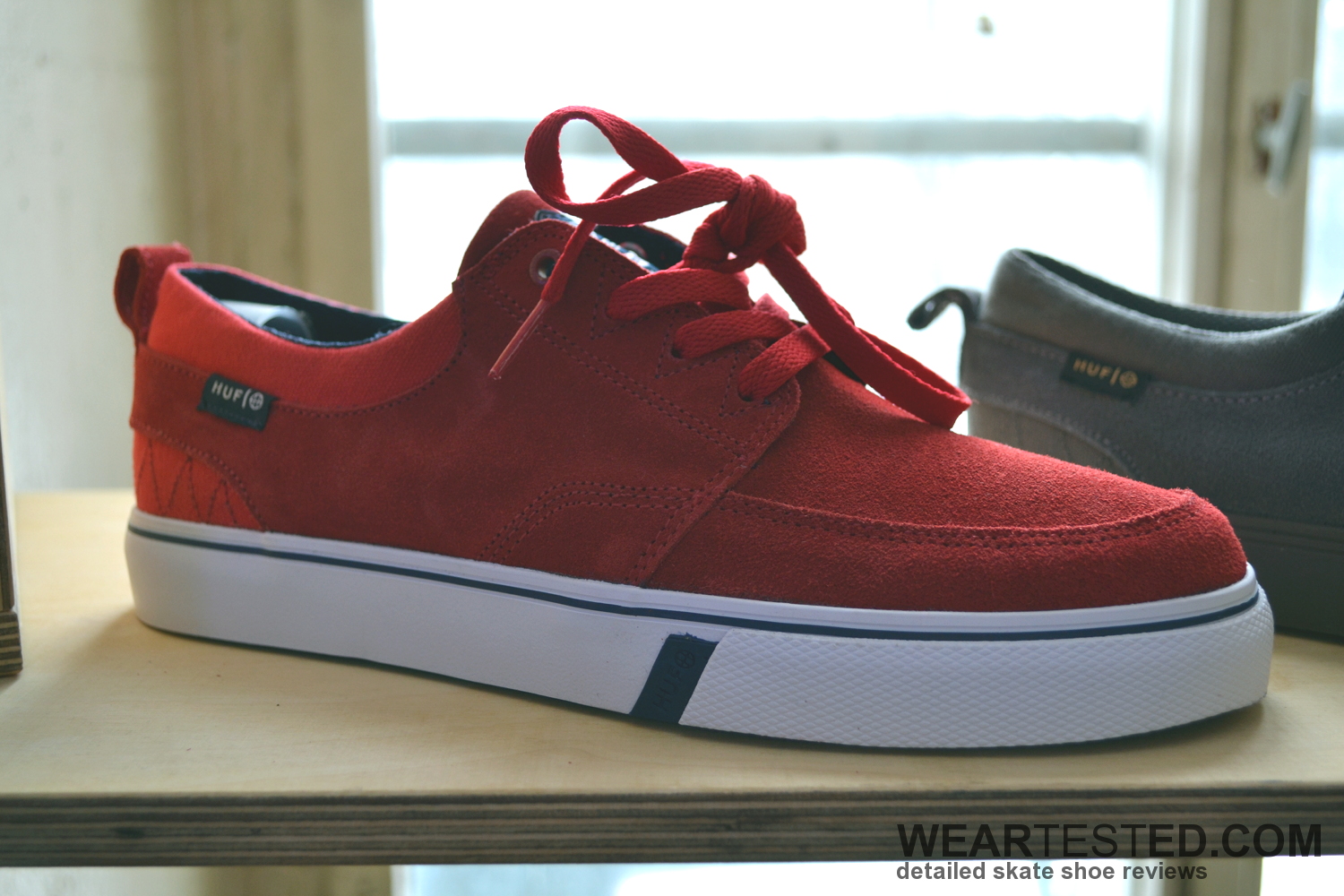 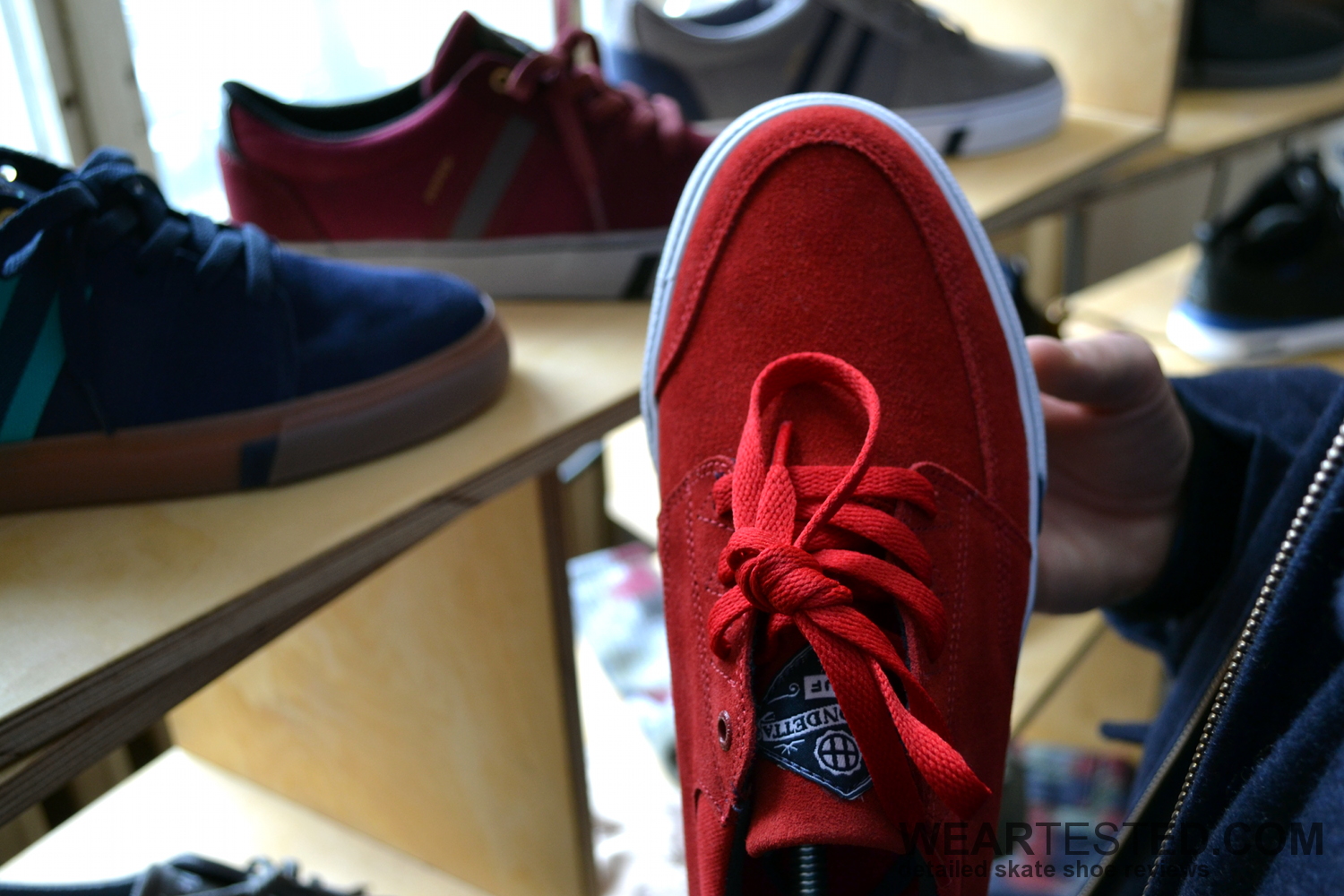 The Peter Ramnodetta shoe that will be out in June or July 13. The toebox is pretty unique and an example for HUFs creative endeavors. 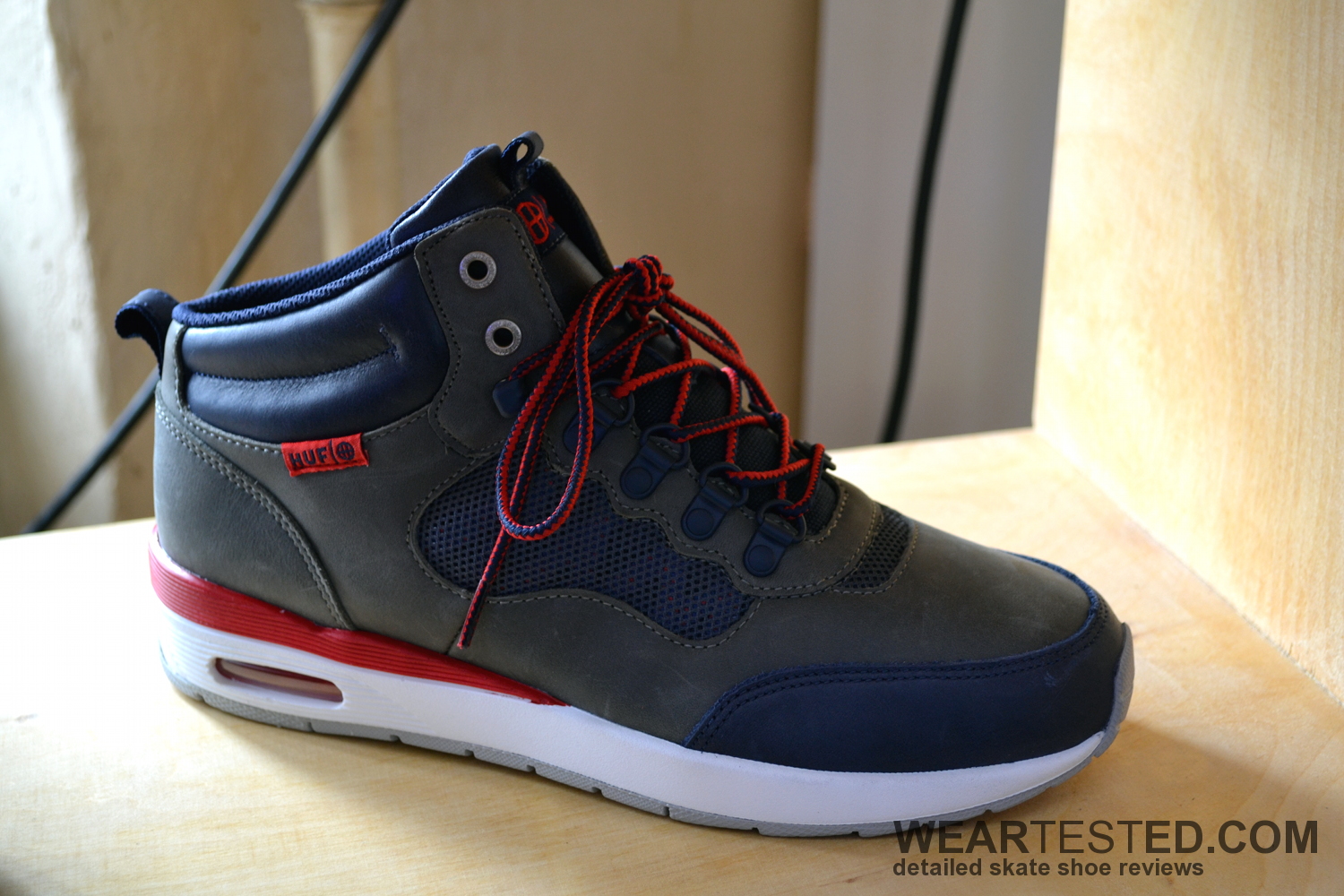 The HUF hiking/running hybrid, can you pull it off?

Alien Workshop has besides Habitat – as always- awesome graphics lined up for 2013. Almost too precious to be skated, these belong on the wall. 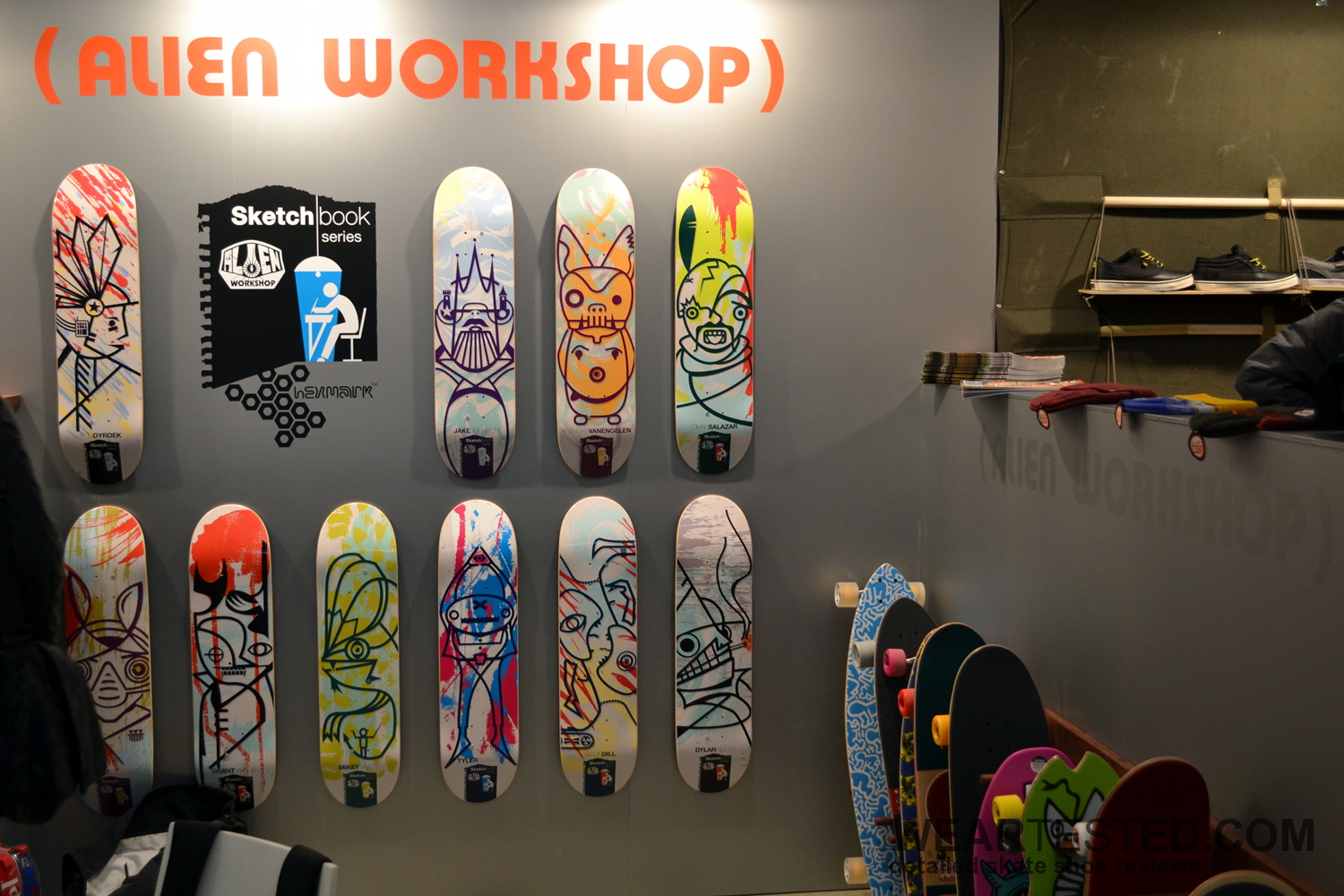 For more behind the scenes pictures, the Nike SB 10 years exhibition opening as well as pictures of the “House of VANS” party, have a look at our Facebook page or follow us on Instagram (@weartested).