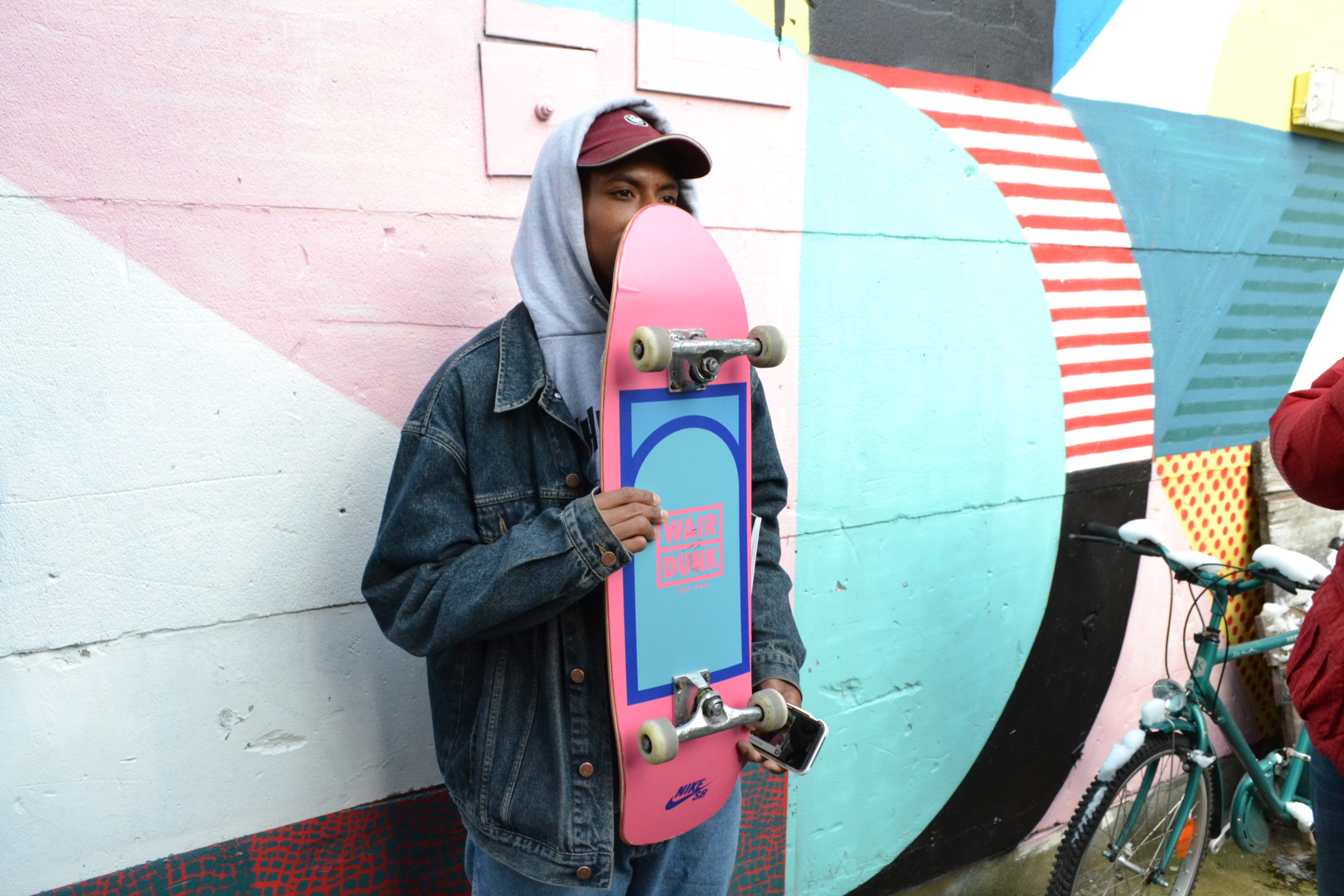 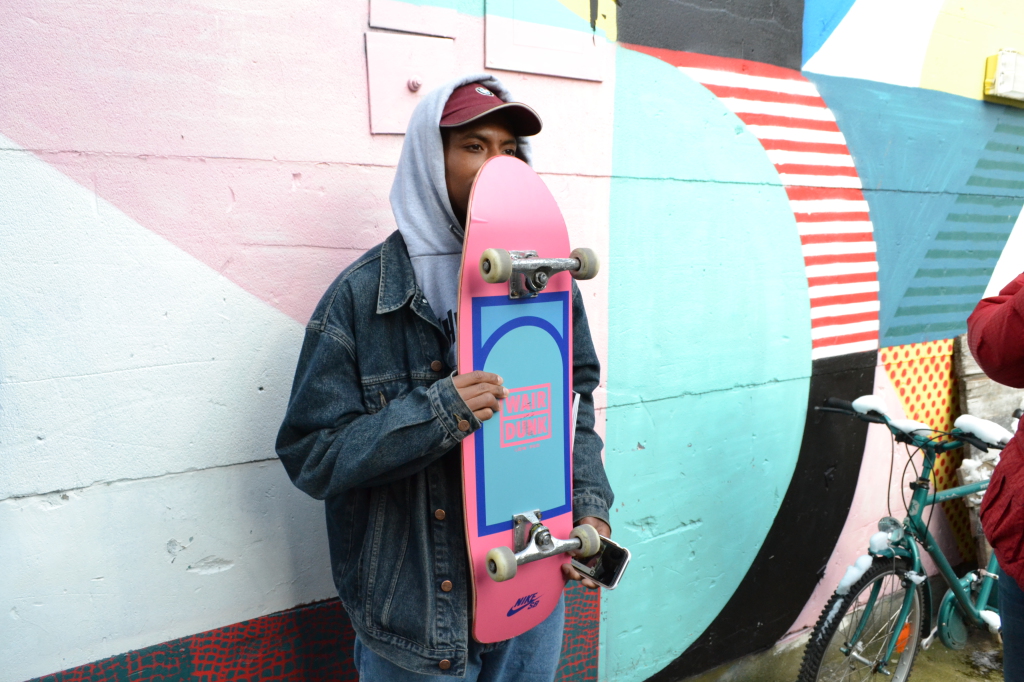 Ishod came to the Berlin Weartest and for the launch of his Dunk Low Pro “Ishod Wair” shoe. Together with Solo Skatemag and Place Skatemag we had the chance to chat with him and ask him about his shoe, Love Park and cars.

Could you describe the process of developing your new shoe.

It was more the thing that I was telling them a bunch of time to slim down the dunk and they finally were willing to do this. I wasn’t expecting them to be like “Hey this is your new shoe” I just thought that they gonna slim it up and me being like “Sick this is a perfect Dunk now”. It just kinda turned on me in the best way possible. They came up to me, slimmed down this and that and said it could be your pro shoe and I was like “What? Shit is dope!”

You used to skate the vulcanized Janoski a lot – was it hard switching to the Dunk?

No, it is all about looks to me. If I can look down on my shoes and they look good I eventually be able to skate it. The Janoski doesn’t really have a tongue. I really hated it when my pant go over my tongue and I still do. So there is no tongue and a vulcanized sole – it is dope. For a while vulcanized soles where hurting my fee but I think I was wearing too small of a size. I also really liked the Bruins, they are dope. The liner on the side that holds your foot down is bit to tight. But yeah the Bruins are amazing and Dunk are amazing, too.

Do you break your shoes in or skate them right out of the box?

Yeah sometimes, depending how fresh they are. A dope colorway I got to walk around a little bit because they are so dope that I try to stunned. But not normally I just kind of bend them up with my hands a little bit and thew them on. 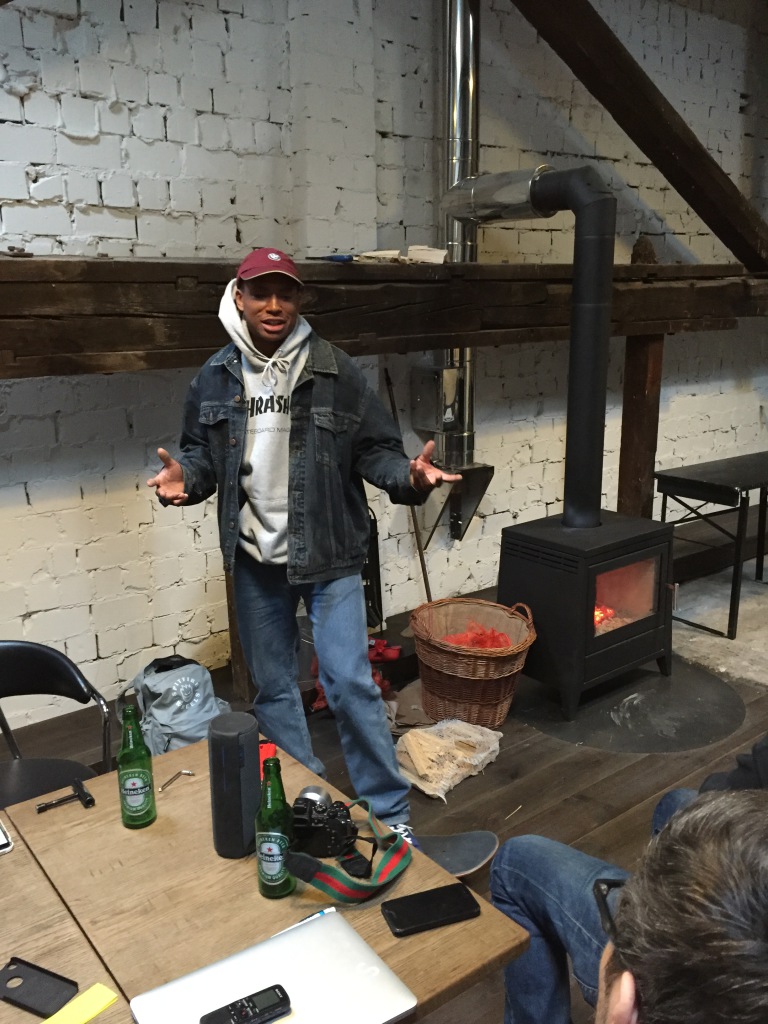 There are rumors that you skate at least eight or more hours a day. Is there a jot of truth in it?

I like to skate as much as I can. If I’m at home and I’ve like eight hours that are free then hell yeah I skate eight hours a day but if it is about to say that I skate this specific amount of time everyday I just have to say nah, I don’t time myself or doing anything like that. I just end up going skating and whatever happens just happens. You know there was this “go skate every damn day” campaign. And that sounds sick but sometimes it is really hard to skate every damn day. Sometimes you got stuff to do.  I didn’t come home for a month and I own a house and have to do all this stuff. I have all this mail, I didn’t see my family and I have a new cat. I have all these things, which are not super serious but they of course take time. My prior task is to arrange my life in a way that works because if I just skate all the time, I stress myself out cuz I push all this stuff aside. I am quite a lazy person. From this position realizing the point when I was a child to now. You know I am a professional skateboarder and I skate way less as I did as a child because there is so much more going in to everything else. It’s like traveling here – Day gone. Fucking Interviews instead of doing just skating. If I would be at home, I would just skate every fucking day. In term, I don’t skate as much as I did. And that’s pretty crazy being a professional skateboarder that skates less than before.

I saw you with some shopping bags at the cafe a couple minutes ago. So you did go shopping in Berlin?

Oh yeah! I went to that vintage store when I came here for that Fourstar trip and I just was walking around and kinda like checking out the area, bought some stuff. And this vintage store had some fuckin’ cool cloths. So I went in there and got like three sick ass jackets. For example this jeans jacket right here. And I get compliments on that shit all the time. And its comfortable and warm. Skating in jean is really good, too. You know what I mean? Because if I fall I’m not gonna cut my elbow or anything. Whenever I wear it I am like “That trip to Berlin was tight!” And now I just had to go back to buy some more!

You are wearing a BMW cap. Are you into German cars?

The first car I owned was a Honda Cort and my sister crashed it and I was like “Aight, what kind of car do I want?” I was skating with this old dude, Ben, in Philadelphia who works on BMW’s. And he had this full swaggin’ pick up turbo diesel, which is fuckin’ amazing! I was looking for a car and was like “Dude, I fuckin’ gonna buy this thing off from you! Name a prize and it is mine!” He did not want to sell it because he also is a BMW guy and knows that they are hard to find and all this shit. So I started researching them but then I found a BMW E 30 and if you see that thing you just think that it is sick as fuck! And I was in California, in Scuba’s house and we were looking around there and found an E 30 for sale with an E 36 M S 50 swapped into it for ten G’s. And I was like “Yo, thats me bro!”. That happened only ten minutes away from Scuba’s house. 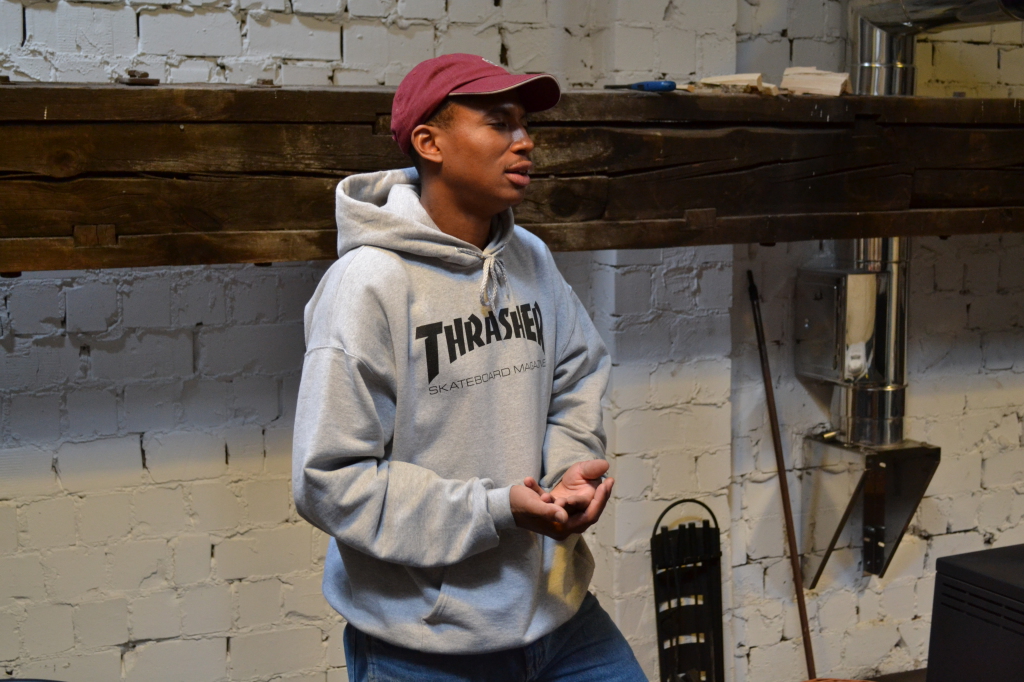